Please ensure Javascript is enabled for purposes of website accessibility
Log In Help Join The Motley Fool
Free Article Join Over 1 Million Premium Members And Get More In-Depth Stock Guidance and Research
By John Rosevear - Updated Oct 23, 2017 at 8:29AM

Investors will be looking for some important answers when Ford reports this week.

Ford Motor Company (F 1.71%) will report its third-quarter earnings result before the U.S. markets open on Oct. 26. Here's a quick preview, along with a look at three things to watch, as Ford's earnings report unfolds on Thursday morning.

Wall Street thinks that Ford's third-quarter earnings will be up, but its revenue will be lower than its year-ago result. In the third quarter of 2016, Ford earned $0.26 per share (excluding special items) on revenue of $35.9 billion. This time around, Wall Street analysts polled by Thomson Reuters expect Ford's earnings, again excluding any special items, to come in at $0.33 per share, on average, with revenue of $32.84 billion. How did Ford's sales fare in the third quarter?

1. How will Ford turn around in China?

Ford China got a new leader in August. Jason Kuo is a veteran American auto industry executive who was born in China. He brings significant local knowledge to his new role, something that past Ford leaders in China may have been lacking.

Kuo is reportedly laying the groundwork for a shift in strategy, but Ford hasn't officially shared any details. Watch to see whether CEO Jim Hackett outlines Ford's revamped China strategy during his earnings call presentation. If he doesn't, watch to see if analysts ask tough questions about China during the question-and-answer segment.

2. What's going on with the new Fiesta in Europe?

Ford put an all-new version of its small Fiesta into production at its giant factory in Cologne, Germany, back in May. But four months later, supplies of the new Fiesta are apparently still very tight, and Ford's European dealers have sold off most of their remaining old models. 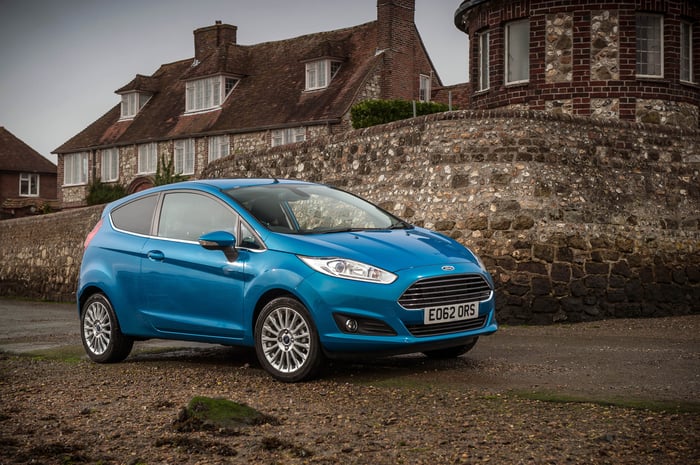 While the Fiesta is kind of an afterthought in the U.S., it's Ford's best-selling product in Europe -- and the tight supplies have put big dents in Ford's sales numbers for four months now. Watch to see if Hackett or CFO Bob Shanks explains why Fiesta production is ramping up so slowly -- and whether they give us an idea as to when it will be up to full speed.

3. What changes to its product line does Ford have planned?

Hackett and other senior Ford executives presented a "strategy update" earlier in October that was long on general promises but short on details. Among the promises was that Ford would make changes to its global product portfolio to boost profitability, shifting its mix of products more toward SUVs and away from traditional sedans.

Ford may also be planning to step away from the much-touted "One Ford" strategy put in place by former CEO Alan Mulally about a decade ago, which calls for a single global product line for the Ford brand, to add new products designed specifically for large regional markets (like China).

Watch to see whether Hackett gives more specifics on Ford's plans during the call -- and again, whether he faces tough questions from analysts if he doesn't.