A few years ago, engineered biology conglomerate Intrexon (PGEN 5.22%) acquired a pioneering company called Oxitec. While there are plenty of whacky technology platforms in next-generation biotech, the start-up's technical niche still caught many people off guard: genetically engineered insects incapable of passing their genes on to the next generation.

The sudden spread of Zika virus caused the "self-limiting" insect technology to gain widespread attention among investors and the general public. That's because it can be applied to disease-carrying mosquito species, which can be grown and released to control local mosquito populations. So, the genetically engineered mosquito is the (bio)pesticide and one that only affects that particular species. It's a big idea. 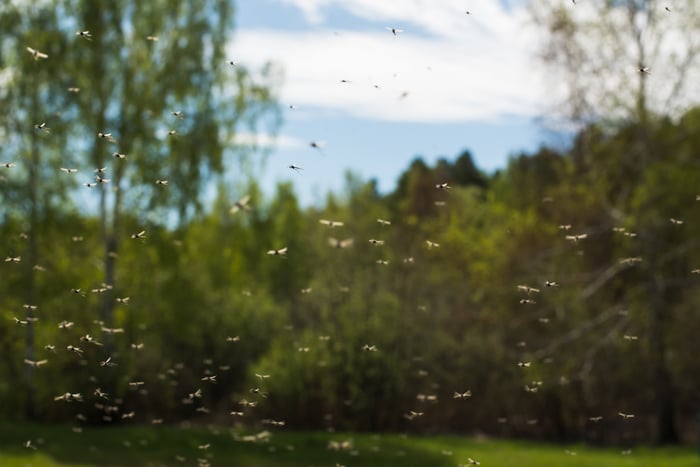 In theory, municipalities could use self-limiting insect biopesticides to avoid indiscriminately spraying chemical pesticides that harm various other organisms, including humans. However, deploying novel biotechnologies requires the navigation of not only the technology landscape, but also political, regulatory, and social ones. As Intrexon investors are aware, frustratingly few updates have trickled out recently on the commercialization of self-limiting mosquitoes as a public health tool.

The delays are not Intrexon's fault (and a recent regulatory reclassification should add a great deal of predictability to the commercialization timeline in the United States), but the hype about mosquitoes has redirected investors away from Oxitec's real potential: using self-limiting technology to control agricultural pests.

Intrexon recently attempted to remind investors of that by calling attention to a $13 billion agricultural catastrophe in Africa. It's working on a solution, but will efforts to commercialize the technology avoid the same pitfalls of self-limiting mosquitoes? 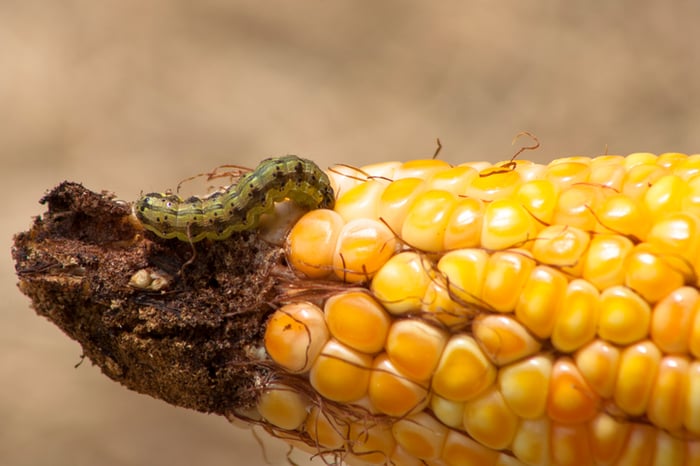 Native to North America, and with a strong affinity for corn, the fall armyworm is a devastating agricultural pest. Farmers in the United States are able to manage it with biotech crops genetically engineered to produce a naturally occurring insecticide called Bt. The genetic trait, also referred to as Bt, works good enough and has almost eliminated insecticide spraying on American corn crops.

There is growing concern that the misuse of Bt crops by seed companies and farmers is causing pests such as the fall armyworm to become resistant to the tool, but the most pressing problem isn't in the American Corn Belt. It's in Africa.

After first appearing in January 2016, fall armyworm has been reported in more than 20 countries across the continent this year. Several factors have aided the invasive pest's sweeping devastation. It has no natural predators in Africa, it seems to be resistant to the chemical insecticides being sprayed by farmers, and Bt crops are almost non-existent on the continent.

The result was $13.3 billion (and counting) in estimated crop losses in rice, sorghum, and sugarcane this year. Corn crop losses alone are estimated at over $3 billion. That means that, even if all corn grown on the continent in 2018 expressed Bt traits, farmers would still be faced with over $10 billion in crop losses.

Worse yet, if Africa cannot contain fall armyworm soon, then scientists predict it could easily spread to the rest of the globe. Europe, the Middle East, and Asia -- none of which plant high rates of Bt crops -- are all all risk.

The synthetic biology conglomerate is working on a self-limiting fall armyworm biopesticide product. It recently issued a press release stating it had reached a "development milestone" on the pipeline project with a partner that is a "major agricultural company." There weren't many details other than that. So, how should investors think about the update?

It's important to state that self-limiting agricultural pests are a major opportunity to generate long-term product revenue. Intrexon and Oxitec have conducted field trials for a handful of self-limiting pests, including the diamondback moth (affecting vegetables such as broccoli, kale, and mustard) and the Mediterranean fruit fly (affecting fruits such as apples, pears, and peaches). These, including fall armyworm, have large existing markets in the United States, which also boasts the regulatory framework needed to commercialize the technology without much trouble. 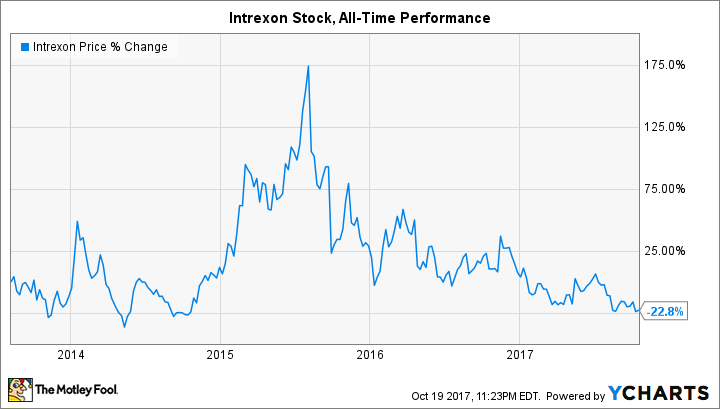 That said, investors shouldn't get their hopes up for Intrexon's potential to control fall armyworm in Africa -- or other continents it may soon devour. Why not? Africa's unfolding $13 billion food security crisis was made possible in large part because of the continent's resistance to agricultural biotech. The refusal to adopt Bt corn crops has exacerbated the problem of invasive fall armyworm. Europe is strongly opposed to biotech tools as well (European NGOs convinced African farmers to shun the technology in the first place), while Asia is at best 20 years behind in agricultural biotech adoption.

While Oxitec's tool will likely become the most effective way to control the pest, there's no reason to believe African (or European) countries will suddenly warm up to biotech tools. Then again, if the devastation is as catastrophic as reported, perhaps fall armyworm is the trigger that tips Africa toward biotech tools. Asia would be more likely to tap Intrexon, but it's also the furthest away on the map from the current outbreak. In other words, it could take years for fall armyworm to spread to Asia -- if it makes it there at all.

Like it or not, social and political resistance is an unfortunate reality facing the commercialization of biotech tools. That means investors shouldn't get their hopes up that Intrexon, although it has what will likely become the best crop protection platform, will be able to find a market in Africa's $13 billion food security crisis stemming from fall armyworm.

However, there is a silver lining for Oxitec's self-limiting agricultural pest platform: The biggest global agricultural market -- North America -- remains firmly up for grabs. It will just take a few more years, and a change of farmer habits, to begin realizing the technology's potential.