Please ensure Javascript is enabled for purposes of website accessibility
Log In Help Join The Motley Fool
Free Article Join Over 1 Million Premium Members And Get More In-Depth Stock Guidance and Research
By Scott Levine - Oct 23, 2017 at 7:49AM

I'm always looking for a golden opportunity, but this one's not for me.

Dreams of finding gold and striking it rich are as common today as they were in the mid-1800s. Currently, gold-seekers are investing in stocks rather than seeking the yellow stuff itself, but the same fervor that inspired the Gold Rush exists today.

Few companies and their stocks illustrate the fever pitch more than Northern Dynasty Minerals (NAK 0.66%), a mineral exploration and development company dedicated to the development of a well-known gold project in Alaska. Over the past three years, shares have skyrocketed more than 475% based on the speculation that the company will strike gold. What's the basis for the speculation? The company retains 100% ownership of the Pebble Project, which the company characterizes on its website as "indisputably one of the world's largest undeveloped copper/gold deposits with a potential mine life that is measured in decades." 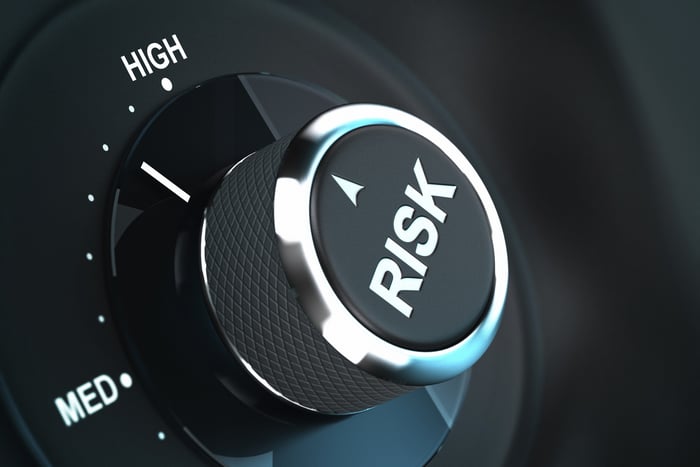 It's understandable why Northern Dynasty causes such excitement, but excitement alone should never be the foundation of an investing thesis. This is something I learned the hard way early in my experience as an investor, watching one of my first stock picks drop more than 90% and never recover. At that time, though, I resolved to find a silver lining, or at least learn from my mistake. And I did: Never again would I click "buy" when I was feverish with excitement.

The gold mine that never was

Finding the yellow metal is one thing, but digging it out of the ground is another. Those familiar with Northern Dynasty Minerals -- and the Pebble Project in general -- know this well. Cominco, now Teck Resources, discovered the Pebble deposit in 1989. Northern Dynasty entered the picture 12 years later when it secured an agreement to purchase the Pebble property. Several years after that, in 2007, Northern Dynasty entered into a partnership with AngloGold Ashanti to develop the property; however, the partnership ended in 2013, when AngloGold Ashanti decided to cut its losses -- having already committed $573 million -- because it recognized that "building the mine would destroy billions of dollars of value."

Currently -- nearly 30 years after the discovery of the deposit -- the project has failed to achieve commercial gold production. According to its website, the company's goals are "to secure a project partner and initiate permitting by the end of 2017," still years away from commencing gold production. Should the company successfully proceed through the permitting phase and begin construction of the mine, management foresees gold production commencing in approximately five years.

But will it ever be?

Investors received encouraging news last May when they learned that the Environmental Protection Agency (EPA) and Northern Dynasty had settled a dispute that had precluded the company from advancing through the permitting process. Though an auspicious sign for the company, this was far from a decisive victory that portended the ultimate approval of the project. Speaking to the deal, the administrator of the EPA, Scott Pruitt, commented only that the agreement will "not guarantee or prejudge a particular outcome, but will provide Pebble a fair process for their permit application."

Another complicating issue for Northern Dynasty is the significant adversity the company faces from the general public. One 2011 survey, for example, found that 85% of local commercial fisherman opposed the project, and a poll conducted by Hellenthal and Associates found that 71% of Alaskans -- who live in proximity to the planned site -- also oppose it.

Showing Northern Dynasty no love whatsoever, Kerrisdale Capital released a critical report and letter on Feb. 14, both urging investors to sell and announcing its short position in the stock. Addressing a variety of obstacles that impede the project's development, Kerrisdale stated "the upfront capital costs necessary to build and operate the mine are so onerous that the mine isn't commercially viable," Kerrisdale addresses a variety of factors it sees impeding the project's development. Ultimately, Kerrisdale concludes that "We believe Northern Dynasty is worthless."

Granted, Kerrisdale -- with its short position -- stands to profit from the stock's decline, so it's bearish perspective must be taken with a grain of salt. But that doesn't detract from the valid points it raises, and which it substantiates by pointing to AngloGold Ashanti's willingness to walk away from the project, having spent $573 million.

And even if it was

Supposing Northern Dynasty succeeds and manages to commence gold production, there's still no assurance that neither the company nor its stock will prosper. In fact, gold mining stocks, in the long term, often underperform the market. Some of the largest gold miners by market cap, Barrick Gold (GOLD -3.45%), Newmont Mining (NEM -3.73%), Goldcorp (GG), and Yamana Gold (AUY -3.62%), for example, have all lagged the S&P 500 over the past 10 years. In fact, the stocks of these companies -- industry leaders -- have all failed to rise at all, suggesting gold investors may be better off choosing a royalty and streaming company over a miner. 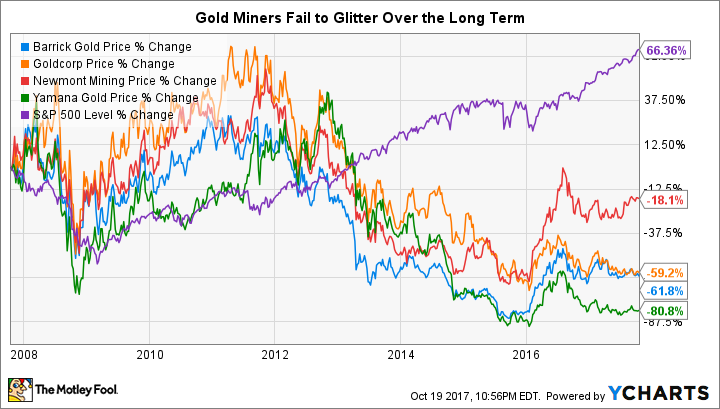 Even more concerning for Northern Dynasty is the consideration that the stock performances of the companies above don't reflect fundamental flaws in the businesses. 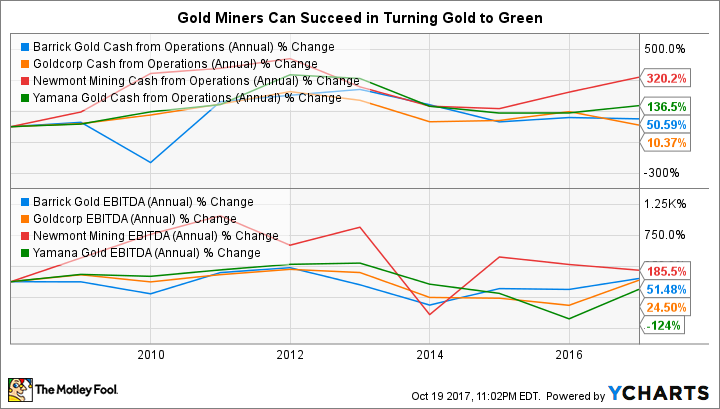 A quick glance at the businesses' operational cash flows and earnings before interest, taxes, depreciation, and amortization (EBITDA) belie the poor performances of the companies' stocks.

Because an investment in Northern Dynasty hinges on its ability to bring the Pebble Project to fruition, and because an investment in Northern Dynasty bears an inordinate degree of risk, this stock won't be making an appearance in my portfolio -- ever. I'll be safely observing from the sidelines, and unless investors have an extremely high tolerance for risk, that should be their approach as well.