Please ensure Javascript is enabled for purposes of website accessibility
Log In Help Join The Motley Fool
Free Article Join Over 1 Million Premium Members And Get More In-Depth Stock Guidance and Research
By John Maxfield - Oct 24, 2017 at 8:48AM

Shares of the bank aren't as cheap as they used to be, but they still aren't expensive.

Shares of SunTrust Banks (STI) are up 28% over the past year. That's less than many of its peers, as the KBW Bank Index has climbed 38% over the same stretch, but it nevertheless beats the S&P 500, which is up 20%.

Given this performance, it's reasonable for investors to ask: Are shares of SunTrust Banks cheap or expensive? 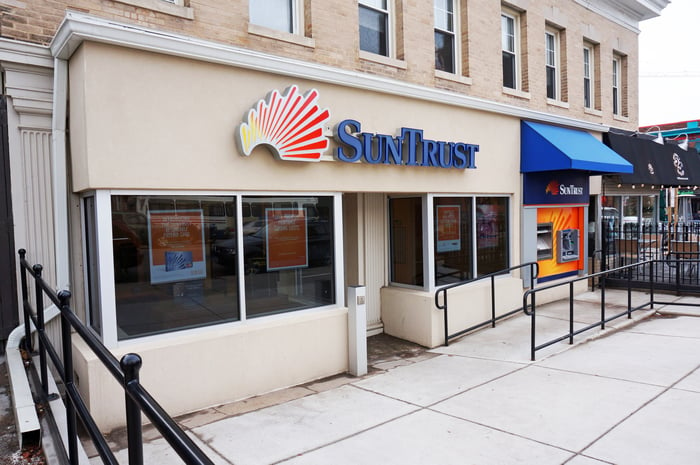 A common way to gauge a bank stock's valuation is to use the price-to-book value ratio. This is calculated by dividing a bank's share price by its book value per share. This tells you how much investors think a bank is worth relative to how much the bank purports on its balance sheet to be worth on a per-share basis.

If a bank has a price-to-book value ratio above 1.0, it's said to trade for a premium to book value. One way to interpret this is that investors believe the bank's business model will create value beyond its current net worth.

Alternatively, a bank that is priced below its book value per share is said to trade at a discount to book value, implying that investors expect the bank's value to erode -- possibly due to unrecognized loan losses. 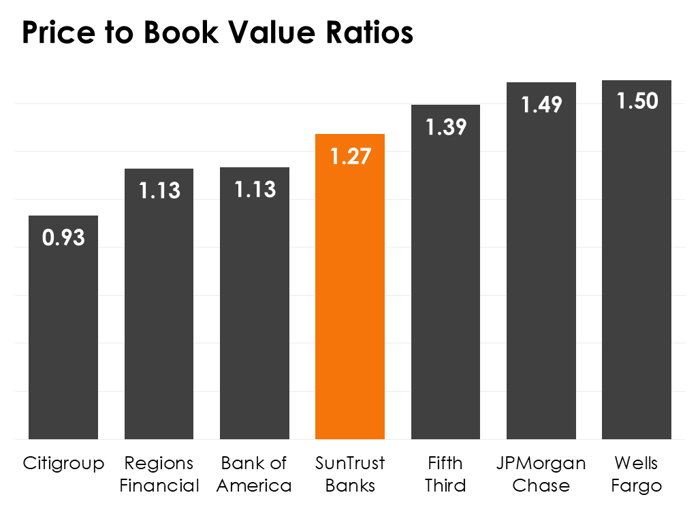 SunTrust's stock trades for 1.27 times its book value per share. That equates to a 27% premium.

Still, if you compare SunTrust to other banks, its valuation seems very reasonable. The average bank stock on the KBW Bank Index is valued at 1.41 times its book value, or 14 basis points higher than the Atlanta, Georgia-based bank.

You would thus be excused for concluding that SunTrust's stock is still a bargain, at least compared to the two dozen other large-cap banks on the KBW Bank Index. 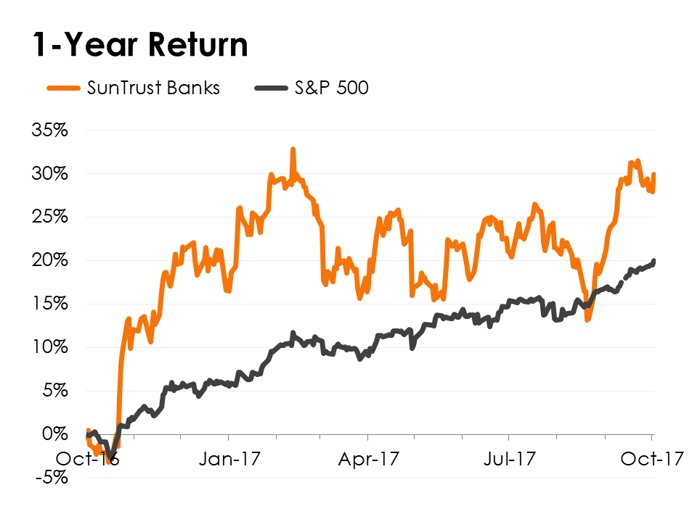 A second way to determine a bank stock's valuation is to use the price-to-earnings, or P/E, ratio. You calculate this by dividing a bank's share price by its earnings per share.

There is no set-in-stone rule about what constitutes a high or low P/E ratio for a bank stock. That said, you can compare a bank's stock to stocks within the bank industry and outside of it -- this is a key benefit of the P/E ratio over the price-to-book value ratio. 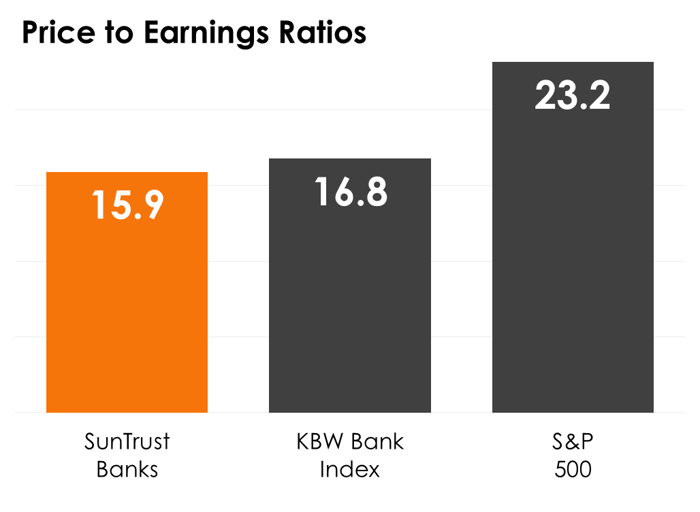 *The median was used for the KBW Bank Index and the S&P 500. Data source: YCharts.com, The Wall Street Journal. Chart by author.

By both measures, then, SunTrust's stock seems cheap, at least on a relative basis.

Just because SunTrust's stock trades at a lower valuation than the typical bank stock in terms of the price-to-book value ratio as well as the P/E ratio doesn't mean that its stock can't drop by a large margin, because it can.

One could make the argument, in fact, that all stocks are in jeopardy of that right now, given the multiyear bull market in equities since the financial crisis. But holding all else equal, if you're going to buy a bank stock in this environment, it wouldn't hurt to buy one that's selling at a discount to others, as SunTrust Banks is.