Future generations might look back and wish their parents and grandparents had added these three top stocks to their portfolios today.

Cutting-edge technology could make ABB Ltd. (ABB -0.45%), Illumina (ILMN 3.62%), and TransEnterix (ASXC -4.04%) smart stocks for people to buy and hold for the long haul. Our Motley Fool investors believe that each of these companies is developing disruptive products that can power sales and profit, so let's learn more about them.

Do the robots love their children, too?

Rich Smith (ABB Ltd.): As parents, we all work hard to ensure our children will live better than we did, so they can take part in the American dream. But would you believe that one of the companies working hardest to make that kind of dream a reality is from Switzerland? 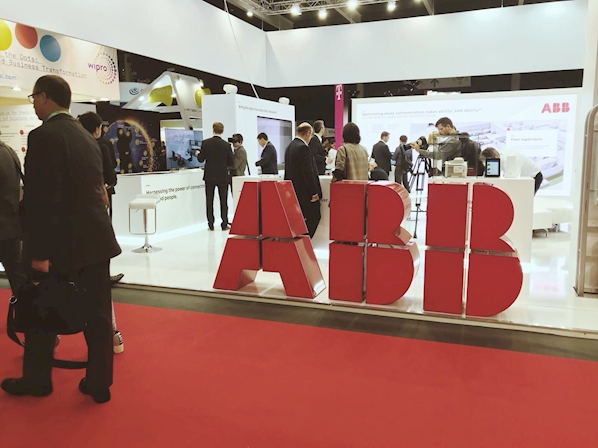 One way that I dream my kids will live better in the next generation is by not having to work so hard, or at least being freed from drudge work -- think data entry, rote assembly, and other imagination-killing repetitive tasks. These are tasks better done by robots than by humans moving robotically, and right now, arguably the leading manufacturer of robots in the world is Zurich-based ABB Ltd.

ABB already pulls in $2.2 billion in annual profits on $33.5 billion in annual sales, with robotics and motion being its third biggest division, selling $8.7 billion annually. That's 13 times the annual sales of iRobot, a company that does nothing but robots. Analysts who follow the stock see ABB growing profits at about 9.4% annually over the next five years, but I think they might easily exceed that target.

Last month, ABB announced plans to double its production of robots in China, one of the world's biggest markets for robots, and ABB says that globally, it intends to become the No. 1 producer of robots worldwide. Even if you don't know who ABB is today, I have a strong hunch the next generation will know this stock quite well.

Todd Campbell (Illumina): Let's face it. Most people have no idea what their genetic code looks like or what it means. But that's changing thanks to Illumina.

Illumina is the market share-leading maker of systems that drugmakers, researchers, and others use to improve their understanding of how people's genes affect them. The company has installed over 7,500 of its systems at facilities globally, and every day, use of those machines is resulting in recurring sales of the products and services necessary for them to run.

The company's system and consumables sales already total more than $2.4 billion per year, and leveraging sales growth against fixed costs is translating into hundreds of millions of dollars in annual profit for investors. 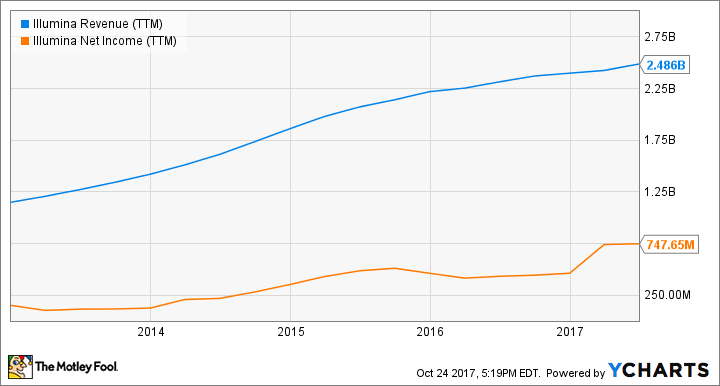 Sales and profit may be heading even higher following the launch of its next-generation gene-sequencing machine this year. The NextSeq provides genetic insights more quickly and cost-effectively than ever before, and over time, innovation could lower the cost of sequencing genes to as little as $100, from $1,000 today.

As sequencing costs fall, researchers are likely to increase the number of sequences they do on Illumina machines, driving consumable sales even higher.

Illumina's also investing in companies that are developing new ways to put genetic insight to use. Helix is a genetic app store that warehouses consumers' genes and markets apps that provide consumers with information about their genetic makeup. Illumina's also behind Grail, a company that's using deep sequencing techniques in an attempt to discover cancer in its earliest stages based on biomarkers. The market for early identification of cancer alone could be worth $20 billion annually.

Overall, Illumina is a cutting-edge company that I think can reward investors for decades to come.

There's a healthy future for this company

Dan Caplinger (TransEnterix): Finding new applications for robotics has become big business, and the medical field has a lot of potential uses for smart robots with the right capabilities. Robotic surgical platforms have been around for more than a decade, but TransEnterix has only recently emerged on the scene with a system that could pose a competitive threat to more established players in the industry.

TransEnterix recently had the U.S. Food and Drug Administration approve its Senhance surgical robotic system for marketing, and investors were excited about the news. Although robotic systems that cover similar procedures are already available on the market, Senhance offers enhanced features such as more responsive feedback systems that try to mimic the resistance and touch-sense that surgeons would feel if they were doing a procedure by hand. Additional features such as movable cameras tied to the surgeon's body movements and reusable surgical instruments offer an attractive combination of greater ease of use and lower cost.

Sales of Senhance have been slow in coming, and even with FDA approval, TransEnterix will have to ramp up its marketing efforts to convince hospitals and other healthcare facilities to buy the platform. It could take time for TransEnterix to get its bearings, but in the long run, its prospects look bright.