Please ensure Javascript is enabled for purposes of website accessibility
Log In Help Join The Motley Fool
Free Article Join Over 1 Million Premium Members And Get More In-Depth Stock Guidance and Research
By Daniel B. Kline - Updated Oct 27, 2017 at 3:18PM

The holiday has become about much more than kids going door-to-door for candy. 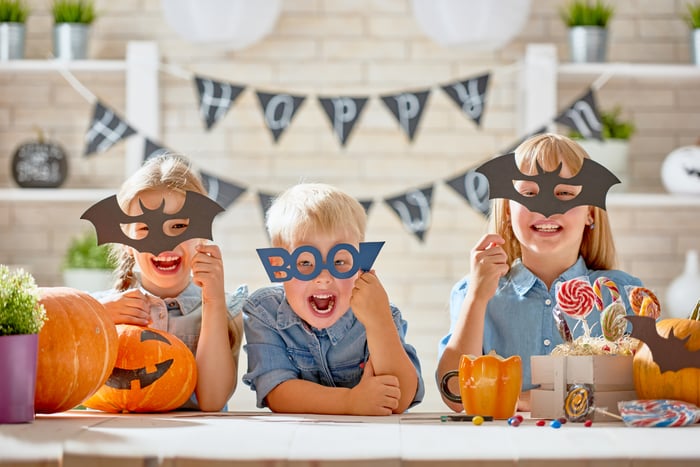 Whether it's spending on parties, dressing up, or buying items to hand out to trick or treaters, the October 31 holiday just keeps getting bigger. And even though Halloween falls on a Tuesday this year, that hasn't dampened enthusiasm.

"Americans are planning to spend more than ever as they gear up for Halloween," National Retail Federation CEO Matthew Shay said in a press release. "Retailers are helping customers celebrate in style with a huge selection of costumes, candy and decorations to cater to ghosts and goblins of all ages." 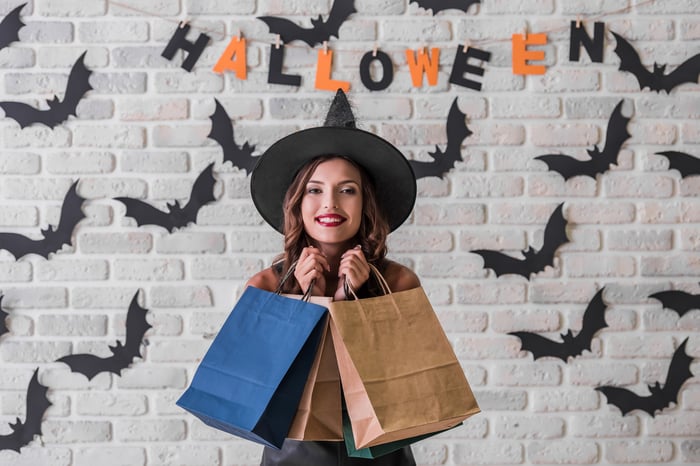 Not only will 2017 set a new record for Halloween spending, according to NRF it will smash the existing record. Americans will spend $9.1 billion this year, an 8.3% increase from last year's previous record of $8.4 billion. 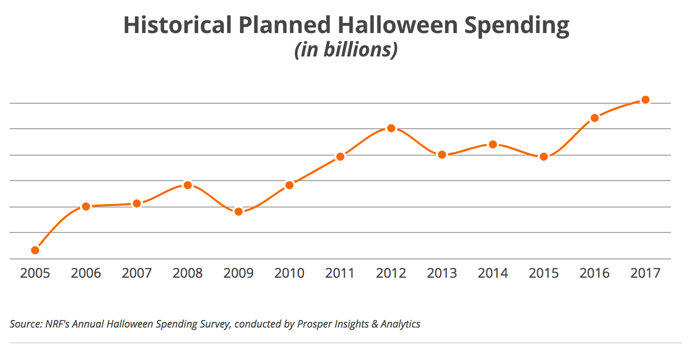 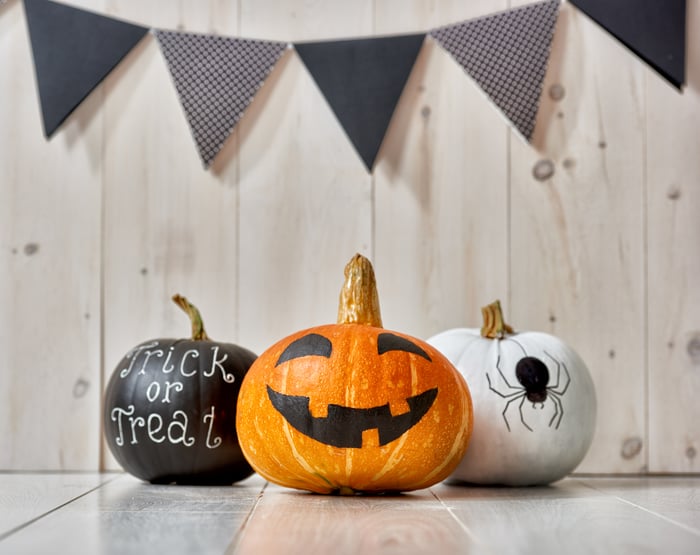 Halloween keeps getting bigger when it comes to the number of Americans taking part. Image source: Getty Images.

Halloween's spending increase is being driven by the fact that more people are participating. In 2017 179 million Americans plan to take part in the holiday, up from 171 million last year. 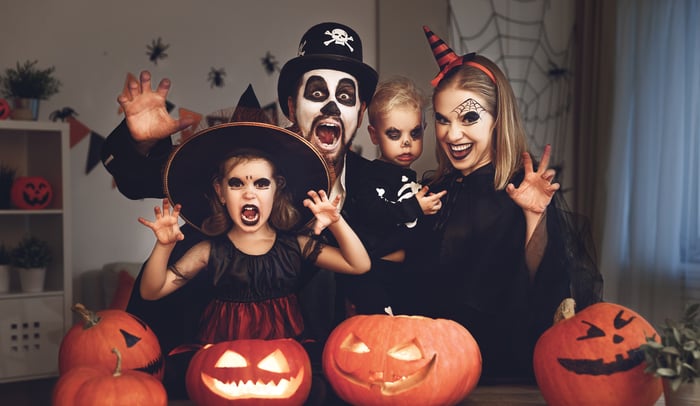 The economy is not a big concern 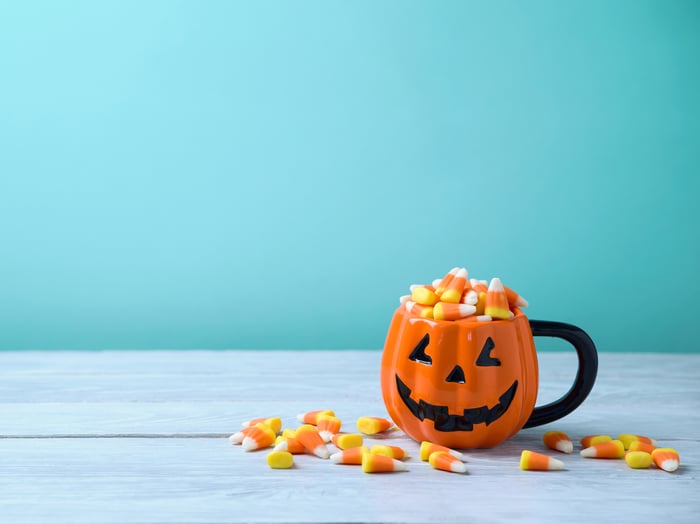 Here's how Americans will spend

The NRF found that when it comes to how Americans will spend their Halloween budget, the biggest chunk will go to costumes:

On a percentage basis, nearly every American celebrating Halloween (95%) will buy candy. "Among Halloween celebrants, 71%  plan to hand out candy, 49% will decorate their home or yard, 48% will wear costumes, and 46% will carve a pumpkin," according to NRF. Nearly a third (31%) will take children trick-or-treating, while 16% will dress pets in costumes. 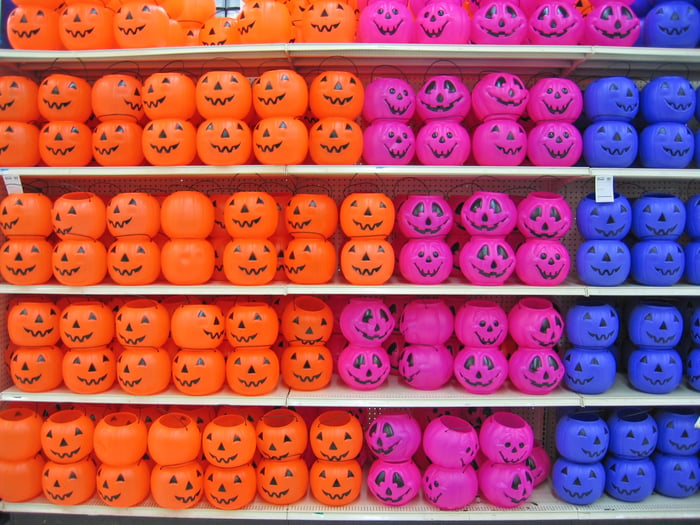 More people will shop at discount stores than at any other type of retailer. Image source: Getty Images.

While consumers are spending more money than ever before, they aren't spending it carelessly. Nearly half (47%) of those buying Halloween supplies will shop at a discount store. That's followed by 38% who will shop at a specialty Halloween store or costume store. "In addition, 25% will visit supermarkets, 24% will buy at department stores and 22% will shop online," according to NRF. 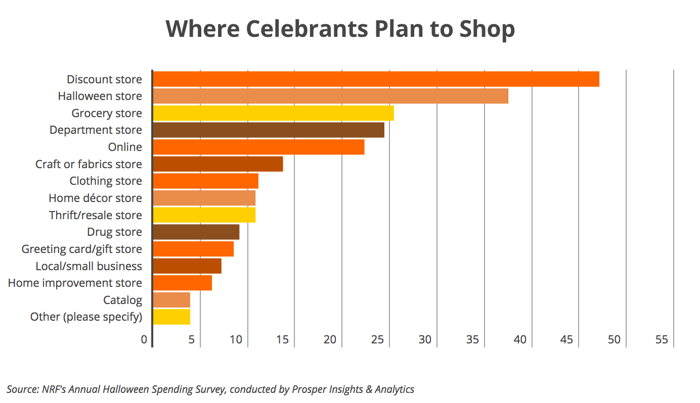