Please ensure Javascript is enabled for purposes of website accessibility
Log In Help Join The Motley Fool
Free Article Join Over 1 Million Premium Members And Get More In-Depth Stock Guidance and Research
By Daniel Miller - Oct 28, 2017 at 9:00AM

It was always a concern that partnering with domestic automakers in China would eventually develop additional global competitors. Here's one clue that it could be happening.

Global automakers have long coveted China for its large consumer population and potential vehicle sales. Growth in China has been seen as growth for Detroit, and many executives hope that China will eventually become a second pillar of the auto industry, right alongside the lucrative North American market in terms of revenue and profits. But there was always one major concern about doing business with China, and it appears to be coming to fruition.

How it all started

In the beginning, it all made sense. Detroit's General Motors (GM 1.35%) and Ford Motor Company (F 1.71%), along with other global automakers, wanted to get a foothold in the lucrative Chinese automotive market. That market grew to become the world's largest in 2009, and it's likely to carry global sales growth over the next two decades. China, on the other hand, wanted its domestic automakers to become more competitive on the global stage. To help foster more competitive Chinese automakers, foreign automakers were forced to partner with domestic Chinese companies to produce vehicles within the country or face steep tariffs to import their vehicles.

The sales potential for automakers such as GM and Ford was huge. In fact, GM now sells more vehicles in China than it does in the U.S., although the latter remains far more profitable. But the drawback was that the Chinese companies could eventually become competitive global automakers in their own right. And finally it seems that may be happening. 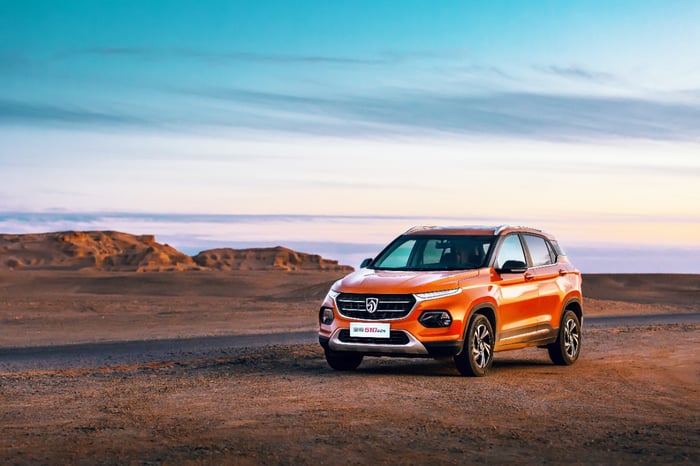 Chinese domestic vehicles "are catching up with international brands," said Jacob George, chief of J.D. Power's Asian operations, according to Automotive News China. "They're catching up very fast. Quality differences are getting smaller and smaller."

In 2000, J.D. Power's IQS in China revealed 396 more problems per 100 vehicles than their global auto rivals reported. Fast-forward to the most recent IQS study, and the gap between Chinese and global automakers has shrunk to a meager 13 problems per 100 vehicles. What's even scarier for Detroit auto investors is that Chinese domestic brands came in slightly ahead on quality in a few significant categories, such as vehicle interior, controls and displays, and infotainment systems.

To be fair, all of the IQS category winners -- except for the small SUV, which global brands rarely compete in -- continued to be international brands. Moreover, the consumer perception that international brands are still of higher quality is likely to remain long after the data shows the quality is even. But this study should tell investors two important things: International brands helped create new global competitors, and the clock is ticking until a major Chinese brand launches an offensive into the hypercompetitive U.S. market.