Please ensure Javascript is enabled for purposes of website accessibility
Log In Help Join The Motley Fool
Free Article Join Over 1 Million Premium Members And Get More In-Depth Stock Guidance and Research
By Brian Stoffel - Oct 29, 2017 at 8:43AM

This isn't about a credit card breach or a pessimistic market. Here's the real problem with the company...

I was a shareholder of Chipotle (CMG -0.04%) for a long time. Who wouldn't love backing a company with a mission to provide "food with integrity?"

Anyone who walked into a location knew the company has a delicious product (as evidenced by the long wait lines). It was a simple formula, and an investor's dream.

Last year, after the company's protracted struggle with food-borne illnesses, I sold my shares of the company. Given that the stock is down by 25% since then and is showing signs of recovering, it seems now might be good time to buy back in... right? 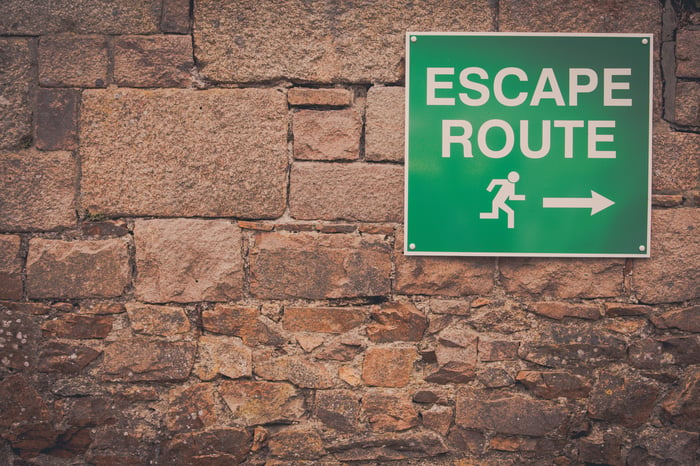 Not at all: to me, the stock and company are both very fragile, and I won't be putting my own skin in the game.

Is this really a recovery?

While talking heads are focusing on the credit card breach and how that contributed to Chipotle's downfall, I consider that to be short-term noise. What really matters to me, as an investor, is whether or not the company is winning back the customers that it lost due to concerns about food safety.

Comparable store sales (comps) are a better measure of the brand's popularity since it backs out the effect of new stores. And indeed, comps have been positive during 2017 -- something most restaurants would die for in this economic climate. But that doesn't give the whole story. If we back up and look at stacked two-year comps -- with the time before the illness problems as a baseline -- we see that the company still has a long way to go to get back to where it was.

To my eyes, that's not what a recovery looks like. What's more: you're paying a pretty penny for a company that still has a lot to prove. Here are valuations based on some traditional metrics.

Today, investors are paying nearly twice the market's trailing P/E for shares of Chipotle. To me, that's far too expensive for a company with the issues Chipotle is dealing with.

When integrity is your differentiator, you'd better deliver

But let's step away from the numbers for a minute and look at this from a more holistic approach. In the restaurant industry, there's only one moat that can protect your business: the value of your brand.

As I said, Chipotle differentiated itself -- and build the entire company around -- food with integrity. This served as an important differentiator from other fast-food and fast-casual chains. But by putting itself on a pedestal, it held itself to a higher standard than the competition.

Consumers are rightfully wondering whether or not the "integrity" should still be included in the mission -- with the company's abysmal recent response to illness reports. I don't think anyone -- bear or bull -- would disagree with the fact that if Chipotle has another major food-related illness on its hands, it could be the deathblow for the brand.

While any chain would suffer from such an occurrence, the fact that it could forever cripple the one moat that exists cannot be overstated. Of course, it's entirely possible that no such illnesses will crop up -- and the company will benefit from that. The same is true for anything that's fragile -- as long as the conditions are just right -- it can survive. But throw in some chaos and the results could be calamitous for shareholders.

Given the conditions, I'm not willing to pay 37 times free cash flow for a situation like that, and believe you should think twice before doing so as well.