Stocks started out the week Monday by giving up some ground as the Dow Jones Industrial Average (DJINDICES:^DJI) and the S&P 500 (SNPINDEX:^GSPC) both fell about a third of a percentage point.

Retail stocks were under pressure today after a number of big chains were hit with analyst downgrades. The SPDR S&P Retail ETF (NYSEMKT:XRT) dropped 1.7%.

As for individual stocks, homebuilders Lennar Corp. (NYSE:LEN) and CalAtlantic Group (NYSE:CAA) announced a merger, and shares of Merck (NYSE:MRK) fell on news that the pharmaceutical giant was withdrawing a drug application in Europe. 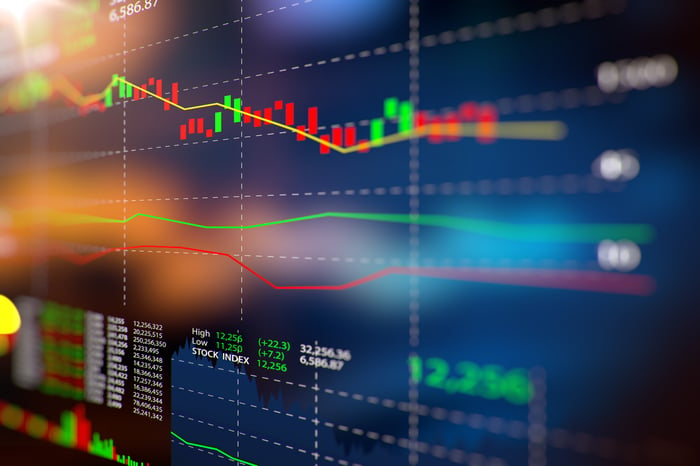 Lennar and CalAtlantic will create a homebuilding powerhouse

Shares of homebuilder CalAtlantic soared 21% Monday after it and Lennar announced plans for a $9.3 billion merger that would create the nation's biggest residential construction company. Lennar stock fell 3.8% on the news. The new entity, which will take the Lennar name,  will control 240,000 homesites in 49 markets in 21 states. Between them, the pair had revenue of $17 billion in the past 12 months. Each share of CalAtlantic stock will be exchanged for 0.885 shares of Lennar Class A stock, which, based on shares prices at the close on Friday, represented a 27% premium on CalAtlantic shares.

The merger adds scale to Lennar, which is seeing increasing demand  in what it views as a solid homebuilding market. Lennar has one of the best gross margins in the industry -- it improved to 22.8% in the most recent quarter, compared with CalAtlantic's 20%, which was down from the year before. The combination will also give Lennar even greater purchasing power, an opportunity to improve the profitability of the CalAtlantic business, and a much larger land portfolio to support future growth.

Merck shares were hit Monday for the second trading day in a row after the company announced late Friday that it had withdrawn its European application for anti-cancer drug Keytruda in combination with chemotherapy for non-small cell lung cancer (NSCLC). That withdrawal resulted in some analyst downgrades, and the stock plummeted 6.1% Monday. Friday's 6% decline came after an earnings report that failed to meet revenue expectations.

The company's press release didn't provide much information on why the application was withdrawn, saying only that the decision was made based on findings from its Keynote-021 trial, which has already demonstrated effectiveness in treating NSCLC based on two measures: overall response rate and progression-free survival. But last week, the company announced it was amending a different trial of Keytruda with chemotherapy to include overall survival rate, which is a measure that takes longer to evaluate, so Merck may be waiting so it can bolster its application with additional survival data.

Keytruda is a highly successful drug that exceeded $1 billion in sales in the most recent quarter for the first time, and has been already been approved in the U.S. for this combination therapy for NSCLC. But it got the green light from the FDA through an accelerated approval process that relied on phase 2 trial data; that approval is conditional on further positive results from a phase 3 trial. Merck is probably just being conservative in not wanting to risk a rejection from the European authorities until it can build a stronger case. But the market is jittery about drug stocks after recent bad news from other companies, and without more information about what was behind about the decision, analysts and the market are assuming the withdrawal portends trouble ahead for Keytruda.