Please ensure Javascript is enabled for purposes of website accessibility
Log In Help Join The Motley Fool
Free Article Join Over 1 Million Premium Members And Get More In-Depth Stock Guidance and Research
By Keith Noonan, Dan Caplinger, and Rich Duprey - Oct 31, 2017 at 8:25AM

In a frothy market, these three stocks could be underappreciated gems.

With major indexes at record levels and the S&P 500's price-to-earnings ratio sitting nearly 50% higher than its historical average, taking a value-focused approach to investing is a smart way to fortify your portfolio.

To that end, we asked three Motley Fool contributing investors to identify a company that's underpriced relative to its fundamentals and has what it takes to deliver market-beating performance over the next decade. Here's why they picked General Motors (GM -3.27%), JD.com (JD -0.71%), and IBM (IBM 0.98%). 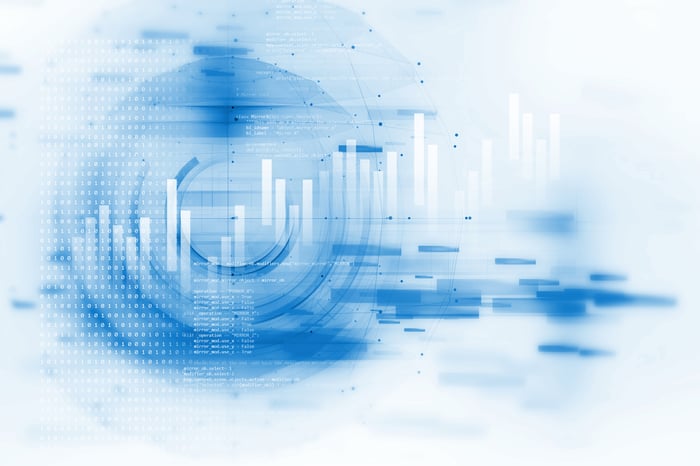 Drive this value stock home with you

Dan Caplinger (General Motors): The auto industry has been in a cyclical upswing for nearly as long as the current incarnation of General Motors has been in existence. After the company emerged from bankruptcy, global appetite for vehicles started to soar, and GM has been especially adept at cashing in, with substantial sales growth.

GM's most recent results called the sustainability of that growth into question. Revenue was down sharply from year-ago levels, and even though accounting charges were largely responsible for a dramatic $3 billion net loss, the need for dealers to draw down inventory led to a disconnect between short-term unit sales figures and the revenue that showed up on GM's income statement. The good news is that going forward, low inventory levels should help boost future results once dealers restock new model-year vehicles.

General Motors stock currently trades at just eight times trailing earnings, reflecting the expectation that the automaker has hit a cyclical top in income. Yet that provides a considerable margin of safety for long-term investors. As long as you believe that car sales will eventually surpass their record performance over the past couple of years, then investors with a time horizon of a decade or longer can see General Motors as a smart value buy.

Hidden in the shadows

Rich Duprey (JD.com): Growing Chinese e-commerce specialist JD.com (JD -0.71%) has lost almost a quarter of its value after hitting a record high back in August, and there's no good reason for it. In comparison, Alibaba (BABA -1.55%) is up almost 12%. The latter is bigger, better known, and gearing up for its massive Singles Day sales event on Nov. 11 -- the largest one-day sales event in the world -- but that doesn't mean JD.com should be falling.

More so than its larger rival, JD.com is the real heir to the Amazon.com (AMZN -1.91%) e-commerce legacy. Whereas Alibaba is more of a platform for third-party sellers, JD.com is more of a real e-tailer operating a network of warehouses, similar to how Amazon runs its business.

JD.com also has a beneficial relationship with Wal-Mart (WMT 0.00%), which owns a 12% stake in the company. The two run their own sales extravaganza, called "8.8" because it's held on Aug. 8. It riffs on Alibaba's Singles Day event, which is also known as 11.11 because it's held on Nov. 11. They both also fully participate in that sales promotion, as it has expanded far beyond Alibaba.

Ultimately, there's no good reason for JD.com to be trading at such a discount. Analysts are looking for it to post earnings of $0.11 per share next month, up from $0.03 a year ago, with revenue surging 37% year over year to $12.6 billion. This is a growth story trading at a discount and is one that investors can comfortably buy and hold for the next decade.

Big Blue's recent third-quarter report delivered a welcome combination of sales and earnings beats and signs that its turnaround is taking shape. True, sales have now fallen year over year for 22 consecutive quarters, but revenue dipped only 0.4% last quarter, and the company's growth businesses are steadily gaining ground.

IBM's combined cloud computing, data security, artificial intelligence, and mobile businesses posted 11% growth last quarter, and these "strategic imperatives" accounted for roughly 46% of the period's total sales. Revenue from the company's cloud platform increased 20% over the prior-year period and now totals roughly $15.8 billion over the trailing-12-month period. Within that category, the company's service-based revenue climbed 25% year over year to reach $9.4 billion. These are promising developments that suggest solid foundations for the businesses that are emerging as IBM's new core.

Even though the stock trades up roughly 6% following its recent earnings beat, IBM is still valued at just 11 times forward earnings estimates. The stock also offers investors a 3.9% dividend yield. With a 22-year history of annual payout increases and its current disbursement representing just over half of trailing free cash flow, the company's dividend profile is on track to get even better going forward.

With a healthy returned income component and a turnaround that appears to be gaining ground, IBM is an undervalued stock that's worth holding for the long term.