Alaskan telecommunications company General Communication (NASDAQ:GNCMA) reported its third-quarter results after the market closed on Nov. 1. Revenue continued to decline as the company shed video, voice, and wireless subscribers, with growth in data revenue unable to fully offset that weakness. The state of the Alaskan economy continues to be a major headwind, but the merger transaction with Liberty Ventures Group will add geographic diversity to the resulting company. Here's what investors need to know about General Communication's third-quarter report. 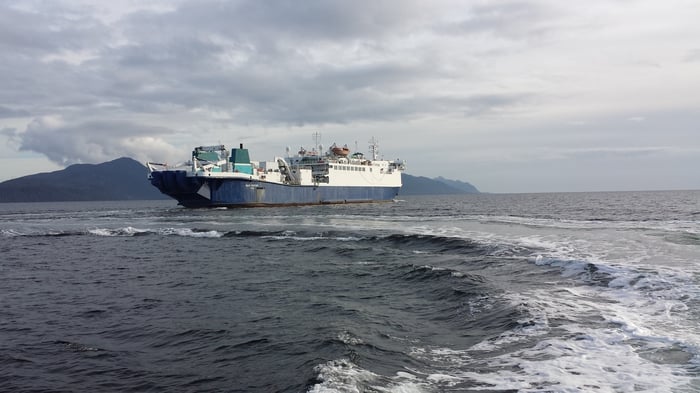 CFO Peter Pounds discussed the weak economy in Alaska during the conference call:

The principle issue is uncertainty with respect to the state budget structure and until that uncertainty is resolved investments in both the oil patch and in other industries in Alaska is going to continue to be held back. The state this year appropriated the entirety of its operating budget out of what little is left of its short-term savings account, there's not enough money in the savings account to do the same thing again next year, the legislature seems to be incapable of coming to grips with a long term plan.

CEO Ron Duncan stressed that the company is likely gaining market share even as the number of subscribers declines:

I would note one other thing to which is that you shouldn't necessarily correlate a reduction in the number of subscribers with a loss of market share. We're in a substantially declining market right now, in fact, I think, there's some evidence to suggest that we're incrementally gaining share on our competitors in the wireless face of the year. But because they don't report to Alaska sub, you can't see what's happening in the whole market, but remember we've lost more than 10,000 jobs, lot of people have moved out of state. So the market has materially shrunk in the last 18 months.

General Communication's revenue decline wasn't quite as severe as it was during the second quarter, and adjusted EBITDA increased slightly. The story remained much the same: Growth in data revenue was unable to offset declines in video and voice revenue.

The Alaskan economy will become less of a concern for the company once its transaction with Liberty closes. This deal will combine General Communication with certain assets of Liberty Ventures Group, creating a new company, GCI Liberty, that will be less dependent on a single state.