Shares of American Axle and Manufacturing Holdings (NYSE:AXL) were up sharply on Friday. As of 12:00 p.m. EDT, American Axle's shares were trading at $19.25, up about 7% from Thursday's close.

Why the jump? Before the market opened on Friday, the company reported third-quarter earnings that were well above Wall Street's expectations and boosted its full-year guidance. 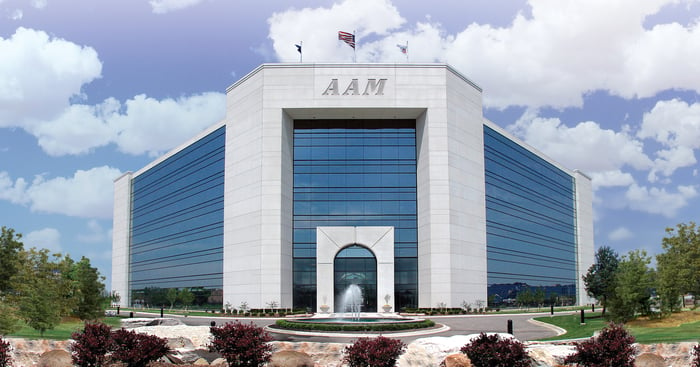 American Axle supplies parts and components to automakers mostly related to (no surprise) vehicle axles. The company has long had a strong relationship with General Motors, but CEO David Dauch has been moving to diversify its business and client base, largely through acquisitions.

That's working. Fifty-nine percent of its total revenue in the third quarter came from customers other than GM. That's a record, and the efforts that made it happen also drove financial results that were significantly improved from its year-ago result:

That's one reason why the stock surged on Friday. The other: improved guidance.

Long story short: Things are looking up for American Axle.