Shares of helicopter-service provider Bristow Group (NYSE: BRS) are up 44% as of noon EST today. Even though the company posted a loss for its fiscal second quarter 2018, the loss was better than Wall Street expectations. In addition, management raised guidance.

On the surface, Bristow's results were a bit underwhelming. The company reported a net loss of $0.88 per share -- the adjusted net loss was $0.33 per share due to a loss on disposal of assets -- that was well above analyst estimates of a $0.93 per-share loss. 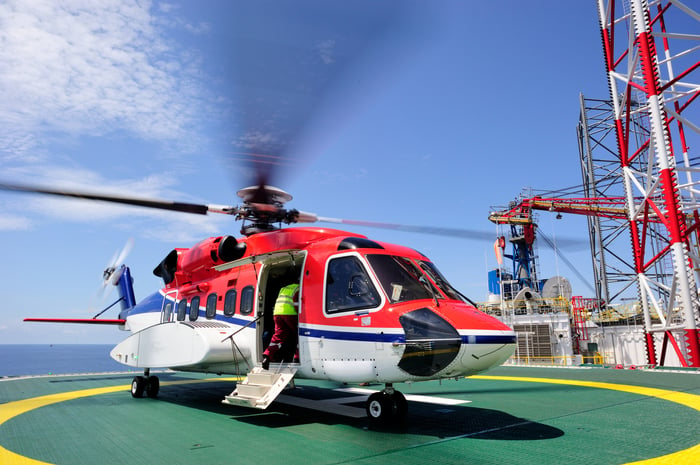 The more encouraging aspect of Bristow's results was management's decision to raise guidance from a range of $15 million to $50 million, to $55 million to $85 million. While some of that optimism is attributable to an increase in oil and gas activity in its markets, the company also reached an agreement with an original equipment manufacturer to recover $130 million for ongoing aircraft issues and to defer $190 million in capital expenditures beyond 2020. The company is also shedding its helicopter training facilities in an attempt to focus on its core business.

Many of the things that Bristow announced in this earnings report are encouraging, which is a relief after several quarters of disappointing results. Much of the cost recovery from its manufacturer will flow to the bottom line, and the deferral of capital spending will help shore up the balance sheet. That said, there doesn't appear to be a clear indication what that will mean for investors over the long term. Will this deferral of capital spending simply mean that the company will have to commit more significant amounts of cash to capital spending down the road? Or will an eventual uptick in oil and gas activity by then make it easier to meet those higher expenditure costs?

While the investment thesis in Bristow looks better today than it has in the past, there are still some significant hurdles for the company to overcome.