Bristow Group announced today that it intends to issue $125 million in convertible senior notes that will be due in 2023. Since this is the initial notice of the issuance, there was no interest rate price announced with this news, but we can expect that announcement to come relatively soon. As part of the notice, management said that the interest rate, conversion rate, and other terms will be decided when the offering is priced. 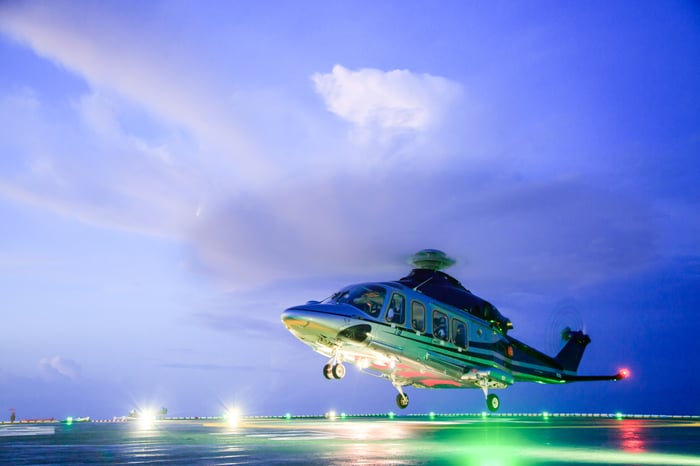 The announcement also said that the company intends to use the proceeds of this issuance to pay off a portion of its current term loan as well as other general corporate purposes.

After a promising quarterly earnings report that signaled things were getting better for Bristow, this announcement is an odd one. After management noted a couple of months ago that it was freeing up some cash from operations by deferring some capital spending and selling its pilot training program, one would assume the company wouldn't need to use these kinds of securities to meet its funding needs.

Bristow has been a volatile stock that swings with the ebb and flow of the oil and gas sector. While there are some encouraging signs that things are getting better, this debt issuance is a head-scratching move that make an investor think twice about investing in this company.