Wednesday brought another gain for the stock market, with the Dow Jones Industrials reaching record heights yet again. The Federal Reserve provided the impetus for stocks' latest move higher, with central bankers agreeing to another quarter-point interest rate increase. Short-term rates of 1.25% to 1.5% might not be all that much, but when you consider that rates were near 0% just two years ago, some consider the pace of increases to have been fairly vigorous given ongoing concerns about the sustainability of economic growth. Not every stock rose in response to the Fed decision, and Bristow Group (NYSE:BRS), Noble Midstream Partners (NASDAQ:NBLX), and LendingClub (NYSE:LC) were among the worst performers on the day. Below, we'll look more closely at these stocks to tell you why they did so poorly.

Shares of Bristow Group fell 13% after the helicopter transportation and industrial aviation services provider said that it would seek to raise $125 million in new capital. To do so, Bristow intends to sell convertible senior notes due in 2023, with semiannual interest payments and the right to convert to common shares of stock in the six months before final maturity. The company intends to use part of the proceeds to pay down a term loan, but some nevertheless questioned whether issuing new debt to pay down old debt was the best strategy for the aviation company to follow. Fortunately, Bristow intends to use special terms to avoid potential dilution from the convertible option within the bond, but the move indicates that the company's balance sheet could still need tweaking well into the future. 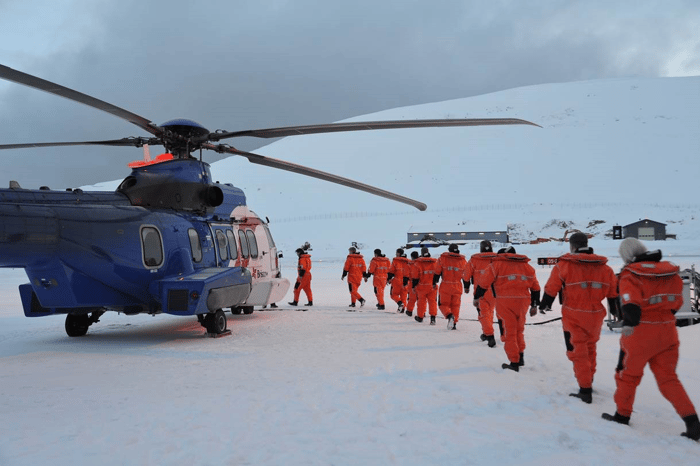 Noble Midstream Partners stock dropped 7% after the energy company announced plans to purchase Saddle Butte Pipeline through a joint venture with Greenfield Midstream. Under the terms of the deal, Noble will pay half of the $625 million purchase price for Saddle Butte's assets in Colorado's DJ Basin, ending up with an ownership interest of more than 54% in the joint venture. Yet investors reacted negatively to Noble's move to sell 3.2 million common units in order to raise roughly $154 million, and the offering price of just over $48 per unit was well below the $51.55 closing price on Tuesday. The deal could help Noble grow, but the dilution of existing investors wasn't welcome.

LendingClub gives back some of its gains

Finally, shares of LendingClub fell 4.5%. The downward move came after a big bounce higher on Tuesday, following news that a major shareholder had made a substantial increase in its stake in the online consumer lending specialist. Yet investors have been more nervous over the long run about LendingClub's strategic vision, as well as its immediate expectations for continued losses and weaker revenue gains. The Fed's rate move could put pressure on borrowers to cover higher financing costs, and the big question is whether deteriorating credit quality could pose a larger threat to LendingClub if conditions in the industry get worse in the near future.