In 2018, around 62 million Americans have been promised a little more money in their pockets thanks to a 2% increase in Social Security benefits. But, will these seniors actually have more cash to spend?

Social Security benefits go up periodically because of Cost of Living Adjustments (COLAs). Unfortunately, there are factors in play that make these COLAs worth less than they seem at first glance.

If you're receiving Social Security now or will be in the future here's a helpful primer on how adjustments work so you'll know when and why you get a raise -- and why your raise may not be a real one. 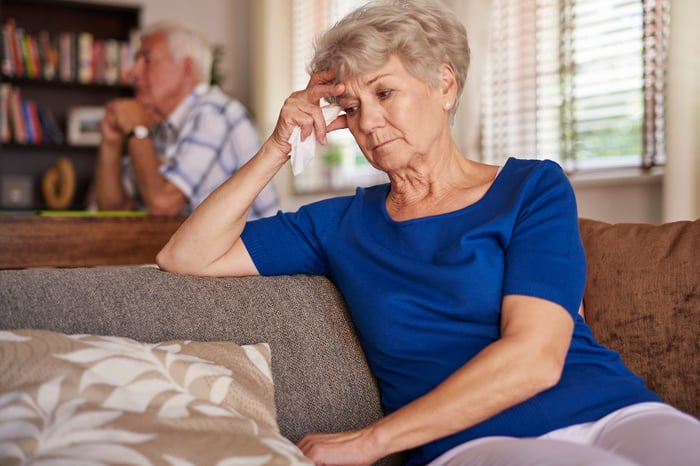 How are Social Security raises calculated?

Retirees, like employees, need periodic raises so purchasing power doesn't erode. Thanks to inflation, the dollar you have today won't be worth as much a year from now because prices will have risen. In 1973, legislation was passed to provide senior retirees with Social Security cost-of-living adjustments to make sure benefits keep pace with inflation.

The law currently requires COLAs be calculated based on something called the Consumer Price Index for Urban Wage Earners and Clerical Workers (CPI-W). CPI-W is calculated monthly by the Bureau of Labor Statistics, which looks at changes in the prices of goods and services people use regularly. There are different categories and subcategories of goods and services factored in, such as the costs of food and the costs of transportation.

Purchasing power is eroding under the current formula

While COLAs are supposed to protect the value of Social Security benefits, they aren't doing a very good job. Since 2010, COLAs have averaged 1.35% annually. In two of the past eight years, seniors got no raises at all and last year, seniors got a raise of just .3%.

Meanwhile, healthcare costs are increasing at a far faster rate  and the rate of medical inflation has exceeded COLAs in 33 out of the past 35 years. COLAs also aren't keeping pace with increases in food and housing costs.

Are seniors even really getting a raise?

Seniors must pay premiums for Medicare Part B coverage, and premiums are often deducted directly from Social Security benefits. When Medicare premiums rise more than COLAs, a "hold harmless" provision caps the amount of premium increases seniors must absorb. If premiums rise $10 monthly and COLAs provide only a $5 raise, seniors would only have to pay $5 more for Medicare.

But, when Social Security benefits eventually do rise, seniors protected by the hold harmless provision see a big jump in premiums.

Last year, standard Medicare premiums were $134, but seniors protected by the hold harmless provision had just $109 deducted from their monthly checks. With this year's 2% raise, seniors will need to pay that extra $25. Because of this big jump in Medicare premiums, around 70% of retirees won't actually get more money in 2018, even with the 2% COLA.

And this is a common phenomenon when a big raise follows years of smaller ones.

Will this COLA formula change?

The Bureau of Labor Statistics actually has many different indexes that measure how prices change. There have been various proposals in place to switch indexes used to calculate cost-of-living adjustments to increase or decrease Social Security benefits.

In his 2014 budget proposal, President Obama proposed a change to "chained CPI." Chained CPI is calculated based on the assumption people switch to a cheaper product when prices rise, like buying pork instead of beef when hamburger costs go up.  Chained CPI grows an estimated .25% to .3% slower than CPI-W, so seniors would have gotten smaller and fewer raises. The President proposed this change in an attempt to compromise with Republicans who are worried about the long-term sustainability of Social Security.

In 2017, a Democratic congressman from California introduced a bill that would have changed to the CPI-E index, or the Consumer Price Index for the Elderly . CPI-E may be a more accurate metric for calculating COLAs because seniors have different spending patterns than younger employed people whose spending habits form the basis of CPI-W. CPI-E is rising faster than CPI-W, so seniors would receive larger and more frequent raises if this change was made.

Because changing Social Security benefits is a difficult political issue, it seems unlikely a modification of the COLA formula will happen any time soon. But, with Republicans in control of all three branches of government, any change that is made would be more likely to lead to smaller raises, rather than larger ones.

It's important to have as much savings as possible to draw from during your golden years.  If you're not retired yet and still have time to save, start following a few simple retirement rules today so you aren't left reliant upon paltry Social Security raises to cover your costs during senior years.