In its third-quarter results, released at the beginning of this month, The New York Times Company (NYSE:NYT) reported a 14% increase in overall subscription revenue, which was propelled by a nearly 60% rise in digital-only subscribers over the prior-year quarter. It's no secret that surging interest in the Times' coverage of the Trump administration has lifted the Gray Lady's fortunes.

As they relish the company's 43% rise over the last twelve months, many shareholders are surely wondering how the paper can make use of this temporary gift of a tailwind. Let's look briefly at four approaches the company is employing to convert a temporary advantage into a sustained edge. 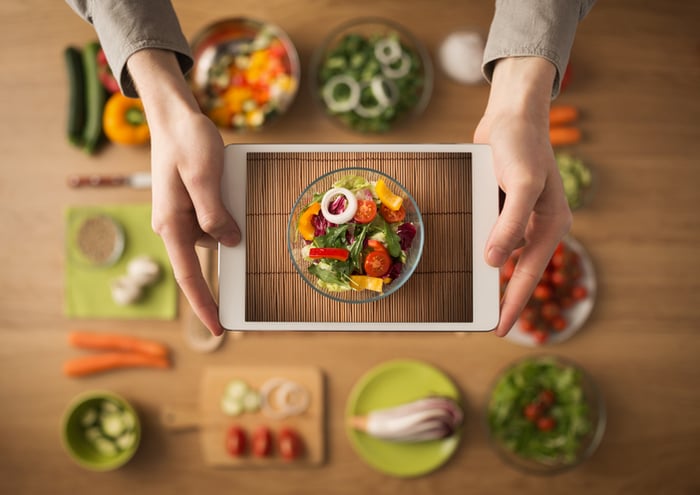 Last quarter, the Times added 154,000 new digital-only subscribers. It may surprise some investors to learn that out of this total, 49,000 additions came from non-news products. The company added 26,000 Crosswords subscribers, and 23,000 subscribers for its new Cooking product, which is both a culinary content platform and contemporary online recipe box.

Management believes that it has a great number of potential vertical content opportunities similar to Crosswords and Cooking. CEO Mark Thompson recently moved one of the company's senior executives, Alex MacCallum, to head up a new digital products division within the Times, and accelerate development of original subscription-based content.

These types of "vertical" revenue opportunities have value to the paper beyond their stand-alone revenue contributions. Each separate content offering can be used to entice new subscribers into lucrative subscription bundles, now or in the future.

In an ironic sign of The New York Times' priorities, last quarter the company recorded a gain of $30 million on the sale of its interest in a paper mill, which happens to equal the $30 million it paid to purchase product-review site The Wirecutter and its companion site The Sweethome, in October of last year.

In the first nine months of 2017, "Other" revenue on the company's income statement has increased over 17%, which management attributes to affiliate revenue earned via The Wirecutter. Other revenue, of $76.6 million year to date, makes up a respectable 6.5% of total company revenue.

With the higher margin associated with increased digital sales, the Times is generating appreciable cash flow which can be used for more acquisitions to further diversify revenue. In the first three quarters of 2017, the paper generated $148 million in operating cash flow. Most of this cash was retained, allowing the company to end the third quarter with cash balances of nearly $245 million -- which provides plenty of ammunition for small, strategic purchases to diversify the top line.

The Times made a slightly controversial decision earlier this year to reduce some of its copyediting staff, in order to allow for a faster turnaround for online articles. The company plans to invest some of the overhead savings from trimming its newsroom editing into more global "boots on the ground" journalism.

This plan isn't without risk, as one of the Times' most respected traits is its extremely clean copy, both in print and online. However, as long as the company can maintain its reputation for accuracy and clarity, then expanding its investigative journalism capabilities -- which have led to its windfall of subscribers -- makes good business sense.

Shareholders of The New York Times have reason to feel optimistic this year, partially because management has relayed that it's experiencing low levels of churn (new-subscriber attrition) since the election of 2016. In other words, so far, new customers see value in the company's products and are sticking with the Times.

Maintaining a growing base is crucial in any subscription business, but it has additionally positive implications for the Times, as it's gained many of its subscribers over the past year on a promotional cycle. Thus, as the company transitions new readers to normal pricing, it's enjoying better margins.

Executives have also relayed that initial testing indicates the newest cohort of customers may have as much tolerance for price increases as older, more loyal subscribers, although the company's near-term focus is on scaling its subscriber base.

At some point in the future, however, with more vertical subscription products like Crosswords and Cooking in hand, and given a continued focus on the relevant and timely journalism for which it's famous, the Gray Lady may be able to bump revenue simply by upping the resubscription ante on a much wider universe of customers. That slice of revenue will represent the ultimate reward of the current subscriber boom.