Just like people, every company has a life cycle. So what happens when you hit late adulthood? Do you start eating better, exercising, and proudly wearing your streaks of gray hair? Or do you get plastic surgery, dye your hair black, and start wearing that trendy T-shirt brand the high-school kids are wearing? Clearly, one is the prudent way to go about maturity, and the other is not.

In its Nov. 2 earnings report, Starbucks (SBUX 8.15%) reset long-held earnings per share targets, signaling to the market that it is not quite the high-growth world-beater it once was. That sent the stock down hard in after-hours trading. However, when the market digested how the company is transitioning to the next phase as a public company, sentiment turned, and the stock finished the week roughly 2% higher. 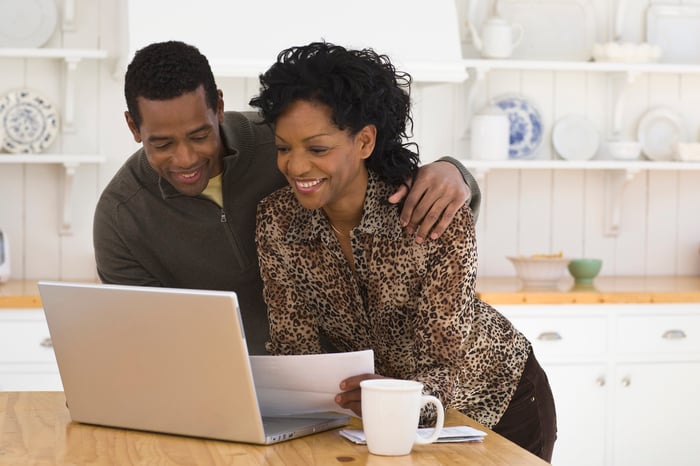 In 2010, Starbucks unveiled a long-term goal of 15%-20% earnings-per-share growth and mid-single-digit comparable-store sales growth. As the company became bigger and bigger, however, those goals seemed increasingly unrealistic. In the just-completed fiscal year, Starbucks grew its non-GAAP earnings per share just 11.4%, and its comparable-store sales 3%, adjusted for hurricanes and an extra week in 2016's fourth quarter.

While still impressive, especially in the sluggish U.S. retail market, that is well below the company's targets, and it is difficult to see the numbers improving back to those levels. It's not that there is anything really wrong with Starbucks' business, it's merely a function of the company being so big.

On the conference call with analysts, new CEO Kevin Johnson lowered Starbucks' long-term targets to 3%-5% comparable-store sales growth and 12% EPS growth "or better." Of course, that is still ambitious, as those goals are above what the company achieved in fiscal year 2017, which ended Oct. 1.

Johnson also talked about the company's strategy going forward, which includes investing and expanding in China, digital innovation, food and lunch, and its deluxe Roasteries. These efforts will be combined with a focus on streamlining general administrative costs, as well as divesting business lines where long-term returns on capital aren't as good. Recent examples of this include Starbucks closing its online store; licensing all stores in Singapore, Germany, and Taiwan; closing its Teavana stores (though still selling the brand in Starbucks stores); and selling the Tazo tea line to Unilever.

This focus on returns on capital will be combined with Starbucks returning more cash to shareholders in the form of dividends and share repurchases. Johnson unveiled the new plan:

While growth investors may have been disappointed in Starbucks' new outlook, dividend growth investors were likely encouraged. Starbucks is making the gradual transition from high-growth stock to a blue chip dividend stock, a transition all (successful) companies must eventually go through in their corporate lifecycle. Apple founder Steve Jobs once claimed Apple would never pay a dividend, but once the company got so big on the back of the iPhone, sure enough, it began returning excess cash to shareholders in dividends and repurchases.

Shareholders in Starbucks, therefore, might not see more of the robust stock price increases the company achieved over the past decade, but should look forward to a stable stock and growing dividends. That is something to be cheered, as devoting financial resources to low-return projects is akin to a guy in his 50s spiking his hair and wearing Ed Hardy T-shirts. It's inappropriate. It's better to eat your vegetables, focus on expenses, and return cash to shareholders.