For the second day in a row, shares of Bank of America (NYSE:BAC) are handily outperforming the broader market. Halfway through the trading day, Bank of America's stock is up 2.1%. Meanwhile, the S&P 500 (SNPINDEX:^GSPC) is marginally down thus far for the day.

The rally in Bank of America's stock on Wednesday comes on the heels of a similar move on Tuesday. Yesterday, shares of the nation's second-biggest bank by assets rose 3.9%. Taken together, that puts Bank of America's two-day rally at 6%, assuming its stock doesn't retreat before the end of the day. Normally, it can be hard to precisely identify the catalyst that causes stocks to soar, but in this case it seems pretty clear. It was on Tuesday that the Senate Budget Committee voted along party lines to advance the Republican tax bill to a vote on the Senate floor.

This would be good for all companies that earn money, but it would be especially good for big banks. That's because large banks generate more taxable income than just about any other type of company.

Three out of the six S&P 500 companies with the highest net incomes over the past 12 months were all banks -- JPMorgan Chase (NYSE:JPM), Wells Fargo (NYSE:WFC), and Bank of America. The other three were technology companies -- Apple, Microsoft, and Alphabet. The implication is that large banks also tend to pay more than most companies in taxes. For its part, Bank of America has set aside a combined $8.5 billion to cover taxes in the last four quarters. That ranks it fourth on the S&P 500 in terms of tax liability.

Of the five biggest taxpayers on the large-cap index, banks take second, third, and fourth place -- with JPMorgan Chase and Wells Fargo accounting for the rankings ahead of Bank of America, respectively. Only Apple pays more in taxes, and for all intents and purposes the iPhone maker is an outlier in this regard thanks to the unparalleled success of the iPhone. 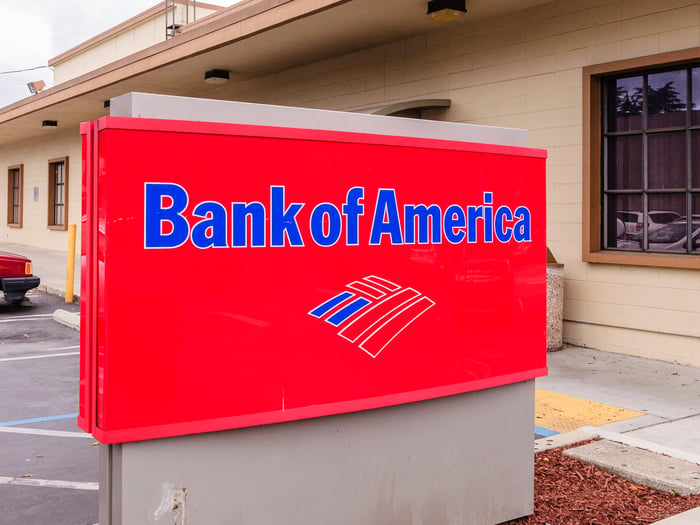 The net result is that few companies would benefit more than Bank of America from a drop in the corporate tax rate from 35% down to 20%, as the Senate tax bill currently proposes. In the most recent quarter, Bank of America earned $7.9 billion in pre-tax income and set aside 29% of that, or $2.3 billion, to cover taxes.

Every one-percentage-point decline in Bank of America's tax liability translates into an additional $315 million in annual earnings, based on its third-quarter results. And because a company's earnings drive its stock price, it accordingly makes sense that Bank of America's stock, as well as the stocks of other banks, would rally on the possibility that the corporate tax rate could soon drop.