Please ensure Javascript is enabled for purposes of website accessibility
Log In Help Join The Motley Fool
Free Article Join Over 1 Million Premium Members And Get More In-Depth Stock Guidance and Research
By Tim Brugger - Dec 2, 2017 at 9:16AM

The past week is a microcosm of what the cybersecurity provider's shareholders endure, and will likely continue.

If this sounds like a broken record, it's because it is. Palo Alto Networks (PANW -0.29%) reports better-than-expected revenue growth, and its stock jumps close to double digits. However, within days profit takers sell, reap their rewards, and are off to the next quick-hitter.

I don't mean to toot my own horn, but as alluded to in a recent article, revenue wins and subsequent price swings are recurring themes with Palo Alto. As frustrating as the stock's roller-coaster ride is, there are a host of reasons why it can't seem to attract long-term investors. Those reasons show why now is not the time to get greedy with Palo Alto stock. 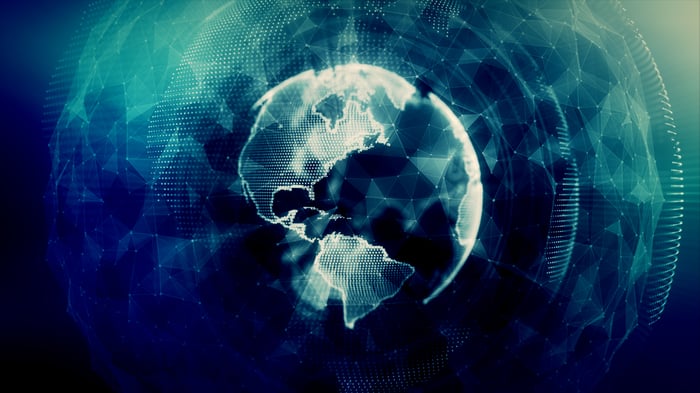 First, a bit of good news...sort of

The day Palo Alto reported fiscal 2018 first-quarter earnings after the close, its stock was at $142.53 a share, and that was up 3% leading up to its report. After sharing the not surprisingly good news that revenue grew 27% to $505.5 million, handily beating expectations, its stock shot up another 6% to over $151 a share.

Here we are a week later, and Palo Alto is trading around $143 a share. To be fair, the top line wasn't the only positive last quarter. Deferred revenue, a good indicator of future growth, jumped an impressive 37% to $1.9 billion.

Palo Alto's strong sales pipeline was one reason it upped guidance for the current quarter to another record-breaking $518 million to $528 million. The revised forecast equates to year-over-year growth of 23% to 25%. In other words, investors can expect 26% to 28% top-line gains in the second quarter, as per Palo Alto's consistently underselling revenue guidance to "beat" expectations.

The sales team also delivered last quarter. According to CEO Mark McLaughlin, Palo Alto's sales folks reeled in more than 2,500 new customers in the quarter, bringing its total to over 45,000. Palo Alto's sales results should pay off considering how much it spends.

Remarkably, despite a 27% rise in revenue, Palo Alto actually lost $0.70 a share, 11% worse than last year's negative $0.63 a share. The culprit, yet again, was spending. McLaughlin has said soaring costs would be addressed this year, particularly sales overhead: But it's just not happening.

Last quarter, Palo Alto's cost of revenue skyrocketed 40% to $141.4 million. Some of the cost-of-revenue hike can be attributed to the rollout of Palo Alto's next gen security platform, but 40%? Operating expenses rose again as well, but a more tepid 21% to $418.4 million. The real eye-opener continues to be spending on Palo Alto's sales team.

At $258.5 million, the equivalent of 51% of Palo Alto's total revenue goes to fund its sales and marketing teams. Worse still, ballooning expenses aren't a one-off -- it's Palo Alto's modus operandi, and McLaughlin has yet to remedy the situation.

Granted, it takes time for any company to make wholesale changes, as Palo Alto peer Fortinet (FTNT 0.14%) can attest. Founder and CEO Ken Xie has made controlling expenses a priority in the past year. While Fortinet is far from meeting its end objectives, progress is being made.

Fortinet's operating expenses were up just 9% and cost of revenue 10%, both significant improvements from past quarters. At about half its 18% revenue growth to $374.22 million, Fortinet's slight bump in spending is not only acceptable, it shows on the bottom line. Fortinet generated $0.15 in per-share earnings last quarter, obliterating the $0.04 a share reported a year ago.

Palo Alto's inevitable revenue beats, sky-high spending, mounting losses, and share price swings are akin to The Grinch Who Stole Christmas. The difference is the Grinch is on only once a year: Palo Alto's show airs a minimum of four times annually. Until Palo Alto does more than simply talk about change and actually delivers, now is the not the time to get greedy with its stock.