Learn about what sent these stocks south on a record day for the Dow.

Monday was an unusual day for the stock market, which saw strong cross-currents take various sectors in different directions. The cyclical sectors of the economy responded favorably to the passage of the Senate tax reform bill, helping to propel the Dow Jones Industrials up by as much as 300 points at one point during the day. Yet former high-flyers like technology suffered, sending the Nasdaq Composite down 1% and cutting into the Dow's gains as well. Moreover, some individual companies also weighed on the market's performance. PayPal Holdings (PYPL 2.23%), VMWare (VMW 0.07%), and Align Technology (ALGN 4.51%) were among the worst performers on the day. Below, we'll look more closely at these stocks to tell you why they did so poorly.

Shares of PayPal Holdings dropped 6% after the electronic payments specialist gave details about the suspension of operations of a company that it had recently acquired. PayPal said that TIO Networks had suffered a compromise of personal information that covered about 1.6 million customers. The news comes after PayPal's Nov. 10 decision to suspend TIO's operations pending its investigation of the payment processing unit, which it had purchased in July. PayPal was quick to emphasize that none of its own network's information has been breached and that the network remained secure, but shareholders weren't happy with the potential reputational damage that the incident could cause. 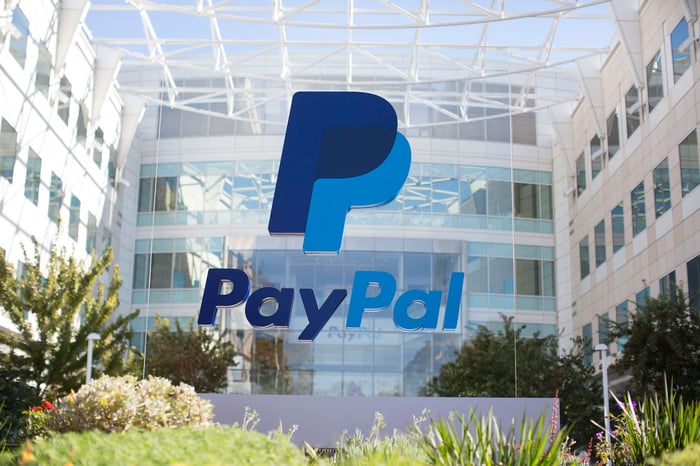 VMware gives up its gains

VMware stock fell 7.5% as it retreated from substantial gains on Friday. VMWare had reported strong results in its third-quarter financial report late last Thursday, including an 11% rise in revenue that sent its adjusted earnings higher by nearly 18%. Enterprise agreements helped to accelerate the virtualization solutions provider's growth, and investors saw key moves like its partnership with a major web services company as being constructive for VMware's future. Yet after the weekend, investors apparently decided that VMware's prospects might not be as strong as originally thought, leading the stock fall below its levels from before its earnings release.

Finally, shares of Align Technology declined 11%. The maker of the Invisalign tooth-straightening device had seen a dramatic advance throughout 2017, with shares nearly tripling between January and late November. Align has worked hard to go beyond its initial focus on the adult orthodontic market, and it has done a good job of breaking into the larger teen orthodontic arena, as well as looking for more serious conditions for which its appliances could be used. Without any specific trigger, today's sell-off appears to be a natural pause after a huge run, but investors will want to watch Align Technology closely to see if it can continue to produce impressive growth in the near future.