The stock market fell on Tuesday, losing momentum following the huge run higher it enjoyed in the wake of tax reform efforts on Capitol Hill. The NYSE Composite was down about half a percent, and other major benchmarks followed suit with similar losses. Among the biggest winners in the NYSE Composite were college bookstore specialist Barnes & Noble Education and 3D printing company 3D Systems, but overall, losers outnumbered gainers within the NYSE Composite by nearly two to one. Some individual stocks also posted larger losses, and Toll Brothers (NYSE:TOL), Cleveland-Cliffs (NYSE:CLF), and Edison International (NYSE:EIX) were among the worst performers on the day. Below, we'll look more closely at these stocks to tell you why they did so poorly.

Shares of Toll Brothers fell more than 7% after the luxury homebuilder announced its fiscal fourth-quarter financial report. The company's results looked quite strong at first glance, including a 9% rise in revenue and home deliveries and a nearly 70% rise in net income from year-ago levels. But investors reacted negatively to home sales prices that were lower than the homebuilder had initially projected, and Toll Brothers also said that it believes that it will suffer a decline in adjusted gross margin on the homes it sells compared to the year-earlier period. Despite investor concerns, Toll Brothers is happy with its efforts to diversify its geographical exposure across the country as well as embracing city-living alternatives like apartments and high-rise properties, and it hopes its success will build in the coming fiscal year. 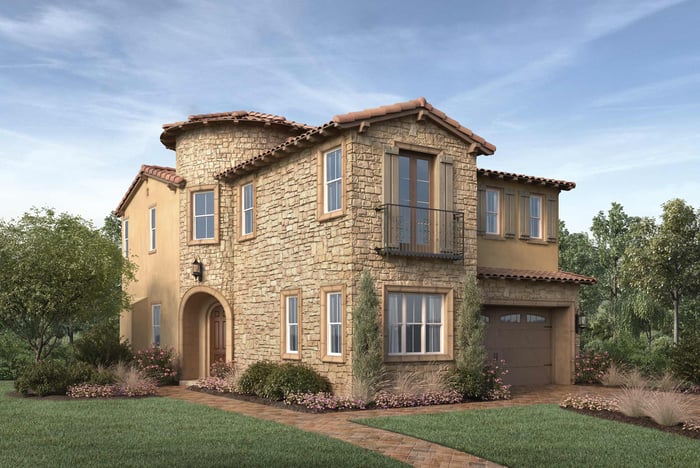 Cleveland-Cliffs stock dropped 10% in the wake of the company's announcement late Monday that it will raise capital in a potentially dilutive transaction. The iron ore mining specialist said that it would offer $275 million in convertible seven-year senior notes to investors, along with about $400 million in conventional debt, in order to help finance a capital project involving the construction of a hot briquetted iron plant. The move would represent an attempt to add value to Cleveland-Cliffs' customers, especially those in the electric arc furnace steel industry. Investors can expect shares to remain volatile, but the company is working hard to make the most of its business opportunities even if it means having to raise new capital.

Finally, shares of Edison International finished down 13%. The electric utility provider is squarely in the path of devastating wildfires in Southern California, and although the company has tried to make damage assessments in areas affected by the fires, poor conditions are hampering its efforts. Moreover, shareholders are concerned about whether Edison's equipment might have played a role in the development of the wildfires, potentially leading to liability for the utility, which one of the company's California-based industry peers has struggled with elsewhere in the state. Until the issue is resolved, Edison investors are likely to remain nervous about what could happen next.