The data-visualization software leader plunged after announcing a seemingly weak quarter and light guidance. But that doesn't mean its results were bad.

Tableau stock fell more than 14% in the three days following its third-quarter report early last month. Revenue climbed 4% year over year, to $214.9 million, which translated to adjusted net income of $6.4 million, or $0.08 per diluted share. Both figures fell below investors' expectations for earnings of $0.09 per share on revenue of $219 million. 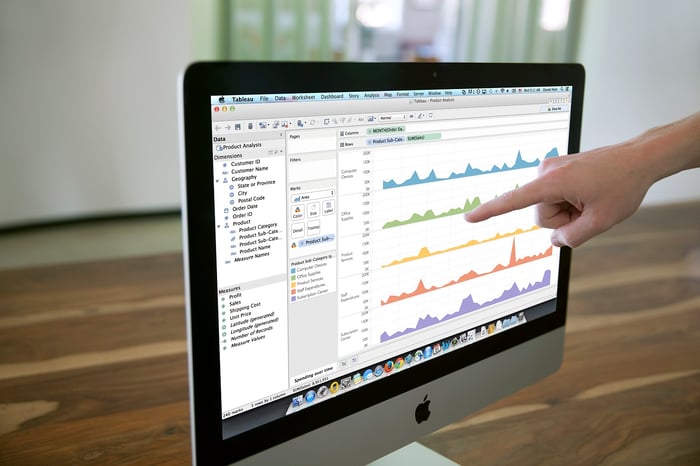 To be fair, however, Tableau's anemic top-line growth is somewhat misleading given its transition to subscription licenses. That shift means lower revenue upfront, but a more predictable, steady stream of sales over the long term.

"Customers are embracing our subscription offerings even faster than expected," added Tableau CEO Adam Selepsky. "Forty-five percent of our license bookings were sold on a subscription basis this quarter, nearly triple the percentage a year ago, as more and more customers turn to subscription to better address their analytics needs with lower upfront cost and reduced risk."

During the subsequent conference call, Tableau management told investors to expect fourth-quarter revenue of $235 million to $245 million -- well below the $251 million that analysts were expecting. But here again, that assumes a significantly higher chunk of subscription licenses as Tableau customers opt out of the old perpetual license model.

In the end, I think this change is a favorable one for Tableau, and patient investors should be more than pleased with where the company stands.