You can count on these three to do some heavy lifting for your portfolio for decades to come.

Long-term growth is the name of the game for most investors. Whether it's a start-up with enormous potential or an established stalwart that keeps getting bigger each year, investors crave growth, and the best stocks are able to deliver year in, year out for decades in a row. These are the kinds of stocks you can buy and forget.

Below, three investors share their choices for best long-term growth stocks on the market. Here's why they recommend Boeing (BA -1.34%), Celgene (CELG), and Starbucks (SBUX -0.07%). 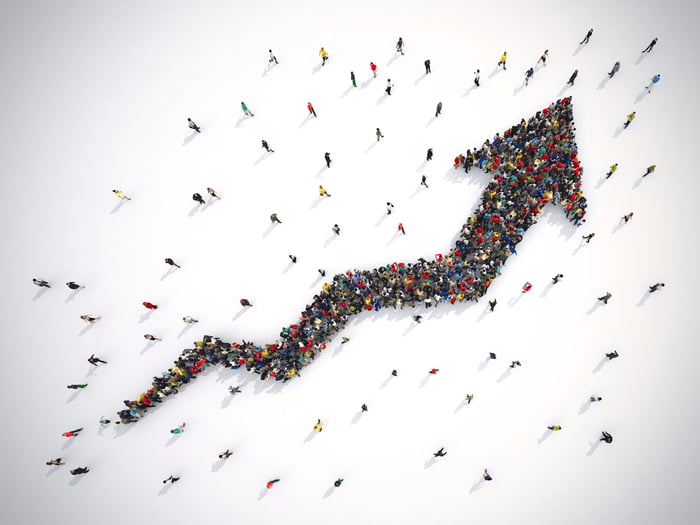 Boeing is playing the long game

Rich Smith (Boeing): Three months ago, I nominated Boeing as my pick for a growth stock for the long term. The stock is up 9% since -- not bad for a quarter's growth, but I think Boeing has even more room to grow in the portfolios of long-term investors. Turns out Boeing is thinking way farther ahead than even I suspected at the time.

Already one of the two biggest airplane manufacturers in the world (alongside Airbus), Boeing took a bold step into the future in October, when it announced plans to acquire electric-plane maker Aurora Flight Sciences for an undisclosed sum.

Privately held Aurora isn't a name many investors will be familiar with, but its electric-fan-powered, vertically launching, and remotely piloted aircraft are already making waves in the world of aerospace. Aurora has contracts with the Pentagon's "mad scientists" at DARPA (the Defense Advanced Research Projects Agency) to develop one electric plane, and a deal with Uber to develop another for use in a future air-taxi service; it is working on a third project with the U.S. Air Force to develop airplanes featuring "autonomy, electric propulsion, advanced manufacturing, multi-vehicle coordination, and advanced multidimensional optimization."

And now it looks like Boeing has plans to integrate Aurora's research into its own future commercial-aircraft offerings. At 24 times earnings, Boeing stock isn't exactly cheap, but the longer Boeing sticks around, the cheaper its earnings are bound to look over time. I think this aerospace giant has a bright future, and is a great stock to own for the long term.

This biotech is a growth machine

George Budwell (Celgene): If you want sustainable growth, the biotech heavyweight Celgene has it in spades. By pursuing an extremely aggressive approach to the development of novel cancer medicines, Celgene has consistently been able to generate top-line growth that far outpaces its large-cap biotech peers. Per Celgene's own internal forecast, for example, the company expects its top line to rise at a compound annual growth rate of 14.5% over the next three years. There isn't a single large-cap biotech in existence that comes anywhere close to Celgene's blistering growth rate.

How does the company do it? Developing cancer drugs is an especially risky, but also highly rewarding, endeavor. And because over 90% of experimental oncology drugs fail during clinical trials, there's been a strong tendency within the industry to pursue so-called "me-too" products, which largely mimic drugs known to work for specific indications. Celgene, by contrast, boldly pursues medicines, and indications, that break new ground altogether.

Celgene has struck numerous partnerships with the likes of AstraZeneca, bluebird bio, Juno Therapeutics, and Jounce Therapeutics, among others, to build out a formidable immuno-oncology pipeline chock-full of novel compounds and cell-based therapies. Although most of these unique clinical candidates will probably fail -- if history is any guide -- Celgene should still be able to bring enough new game-changing medicines to market to retain its leadership position in hematology and oncology for the foreseeable future. As a result, this blue-chip biotech should continue to produce industry-leading levels of top-line growth.

A pick-me-up for your portfolio

Jeremy Bowman (Starbucks): Few companies have dominated their industries over the course of their history as Starbucks has. Aside from the brief dip in 2006-2008 when the company lost its way and overexpanded, the stock has moved higher almost every year since its initial public offering in 1992. Today, Starbucks has come to dominate the fast-food coffee sector, and no competitor comes close to matching the company's high-end brand image.

Today, Starbucks is going through another transition as longtime CEO Howard Schultz has moved onto the executive chairmanship, replaced by Kevin Johnson, who brings a background in tech to the leadership role.

Starbucks' once-blistering growth has slowed in recent quarters, but the java giant is still outperforming its peers -- many of which are suffering in the restaurant recession. Global and U.S comparable sales increased 2% in the most recent quarter, and U.S comps would have increased 3% without the impact from hurricanes Harvey and Irma. In China, comparable sales jumped 8%, a sign that the brand continues to be overwhelmingly popular in a market that Schultz expects someday to be the company's biggest.

In fact, Starbucks just reached yet another milestone in China by opening its biggest store in the world there, the new Reserve Roastery in Shanghai. In addition to expanding in the world's second-biggest economy, digital initiatives like Mobile Order & Pay offer Starbucks growth opportunities, as does its plan for premiumization through Reserve cafes and Roasteries. Those initiatives should propel the company forward, as its brand remains unrivaled and the growth runway still looks long.