If it isn't a leading franchise, Broadcom doesn't want it inside its portfolio.

Qualcomm, of course, rejected the bid, claiming that Broadcom's offer -- which came at a solid premium to where Qualcomm's shares were trading before Broadcom's offer came along -- "undervalues Qualcomm and comes with significant regulatory uncertainty." 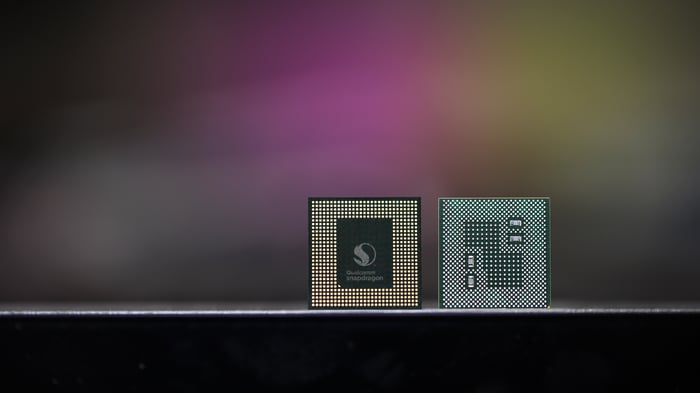 Time will tell if Broadcom is successful in its quest to add Qualcomm to its portfolio, but I'd like to explore a different angle to the story: Which Qualcomm businesses Broadcom will likely kill if it succeeds in buying Qualcomm.

Broadcom CEO Hock Tan essentially manages the company's business portfolio as a good investor would be expected to manage a stock portfolio: He keeps winners and gets rid of losers.

There's an additional subtlety to Tan's style, though: He's not interested in businesses that don't make money or aren't established leaders in their fields.

If Broadcom has a franchise that's either the top player in its field or a close second, then the company will likely invest to either maintain its leadership position or to try to capture such a position. But if it's not already an established leader in that market and is likely to lose significant money trying to break into that market, Broadcom isn't going to stick around.

With that in mind, here are two such Qualcomm businesses/efforts that I expect Broadcom to wind down or sell if its acquisition attempt is successful.

Not too long ago, Qualcomm announced its Centriq 2400 series of processors aimed at the data center. Qualcomm is coming into this market in the hopes of challenging established data center processor vendor Intel (INTC -2.20%).

Though Qualcomm's new chips have demonstrated some impressive capabilities, even relative to Intel's best, in some respects, the reality is this: Capturing share from Intel would likely be a very long and arduous process that would also require substantial investments in research and development.

There's little guarantee that those investments will pay off in terms of meaningful revenue and profit, especially since Intel is almost certainly going to fight hard to maintain its position in this market.

Intel can afford to ratchet up its investments in its own server chips because it'd be doing so to try to protect what is quickly becoming its core business. Qualcomm could do so, but the efforts could be costly and a drag on overall corporate profitability for years to come.

This is exactly the sort of business that Broadcom's management would find to be incompatible with its business aims, and in the event of a successful acquisition of Qualcomm, the Centriq server business would almost certainly be shuttered or sold.

Another area where Qualcomm is currently getting a lot of attention is its Snapdragon-based PC efforts. Qualcomm is, as it is in the data center, trying to challenge PC processor incumbent Intel by bringing its mobile processors to thin and light PCs.

While Qualcomm has demonstrated some interesting advantages over Intel's platforms (in particular, Qualcomm claims much superior battery life to Intel-based processors), the reality is that Qualcomm is probably investing a lot of money into this effort for what is unlikely to be a big payoff. 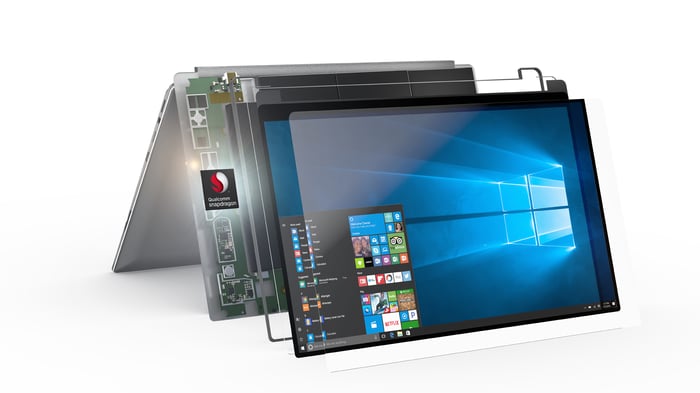 Only a small subsegment of the total PC processor market is really addressable by Qualcomm, and even within that small sub-segment Intel will obviously aggressively compete.

On top of that, the overall PC market is a declining one.

So, Qualcomm is essentially investing a significant amount of money to go after a market that's dominated by a strong incumbent and, to top that off, is only going after a small slice of that market.

This business is probably even less attractive to a company like Broadcom than the Centriq server processor business is, and I would expect it to be swiftly wound down.

I think Broadcom management will ultimately be able to wring a lot of value out of Qualcomm. Qualcomm has the world's best cellular modem technology, and the world's best merchant mobile applications processor platforms.

To that end, I would expect that under Broadcom, Qualcomm would ultimately accelerate market share gains in the smartphone applications processor market, recapture significant cellular modem share in the iPhone, and simply generate a lot better profitability.

As much as those who seem to admire Qualcomm will probably hate to admit, I think Broadcom's management can deliver tremendous value with Qualcomm's assets -- far more than Qualcomm's current management team was able to, as the company's share price prior to the Broadcom acquisition rumors clearly showed.