A couple of green shoots provide some evidence that a sales recovery may be coming.

The U.S. restaurant industry has been fighting a tide of falling consumer traffic and negative comparable-restaurant sales growth (comps) for the first three quarters of 2017. As dining choices have proliferated, there's been plenty of debate over whether America has become "over-restauranted" and whether there are simply too many concepts now, for the decline in demand is being seen nationwide.

However, recent industry data points to a potential upturn in the making. 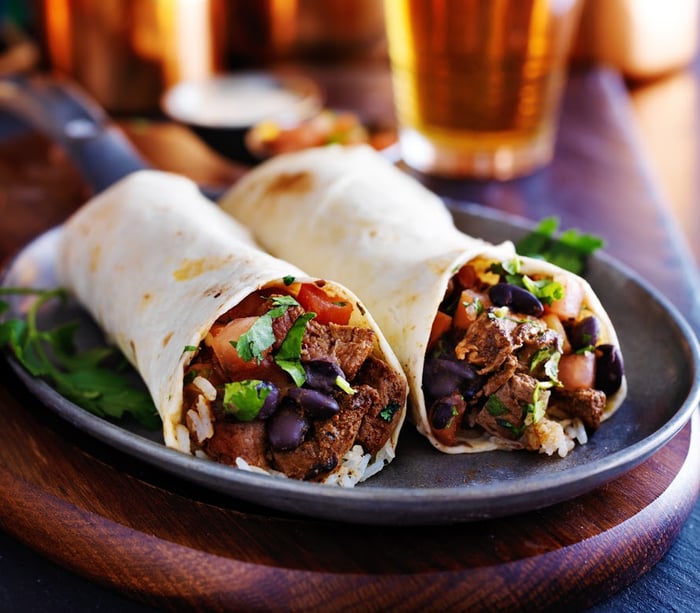 Things are looking up for Q4

According to TDn2K's Black Box Intelligence, restaurant industry comps were flat in November, which followed a 0.9% rise in comps for October. Given the abysmal performance over the first three quarters of 2017, that's a big improvement.

Over the first nine months of 2017, industry comps were down 1.6% on average. With the first two months of Q4 now in the books, a strong December is the only thing standing between the industry and a return to positive comps growth after nearly two years of declines.

But customers are still MIA

Before you get too excited, however, falling customer traffic continues to be an issue, and in spite of the firming comps numbers, it doesn't appear to be improving much. Comps can be broken down into two parts: traffic and the size of the average guest check. With traffic still showing sizable year-over-year declines, that means the comps improvement is being driven entirely by increases in the average check -- an unsustainable formula for growth.

After falling 1.5% in October, industry traffic declined another 2.5% in November. It's obvious at this point that customer traffic doesn't have a realistic chance of positive growth during Q4 -- which will prolong a painful trend. In fact, the industry hasn't seen the quarterly guest counts rise in nearly three years.

Results have been all over the place

It's important to note that some chains don't seem to be struggling at all this year in spite of the tough operating environment. For example, McDonald's (MCD -0.33%) U.S. restaurants saw comps growth of 4.1% in the most recent quarter, as its value-based promotions proved popular with customers. Texas Roadhouse (TXRH -0.20%) has also posted impressive year-to-date comps growth of 4% as it continues to bring its successful formula of quality food and Texas-sized portions to mostly suburban locations.

For many others, the "restaurant recession" has been a lot less kind, wreaking havoc on some previously impressive comps performances. Fast-growing burger chain Habit Restaurants (HABT) recently turned in its first comps decline in more than a decade, causing shares to plummet to all-time lows. Similarly, The Cheesecake Factory broke its streak of 28 quarters of positive comps earlier this year.

Other chains with once-aggressive expansion plans have been forced to dial back. Both Zoe's Kitchen and Chuy's Holdings (CHUY -4.06%) have reduced the number of new stores they plan to open next year, citing continued uncertainty around comps and traffic.

Lifted by an optimistic view of business conditions in the next several months, National Restaurant Association (NRA) data shows restaurant operators' outlook for comps is now the most positive it's been in two years.

The NRA says that 44% of restaurant operators now expect sales to increase over the next six months. That's up from 33% just a month ago. It appears more of those closest to the industry are beginning to see the makings of a comps turnaround, a theme reinforced by chains like Zoe's and Chuy's on their most recent conference calls.

All that said, a couple of months don't make a trend. Only time will tell whether the most recent signs of comps improvement are the beginning of a sustained comeback. The more concerning factor for restaurant investors to watch is what happens to guest traffic in the coming quarters. If customer counts continue to fall, any comps growth is almost certain to be fleeting.