Please ensure Javascript is enabled for purposes of website accessibility
Log In Help Join The Motley Fool
Free Article Join Over 1 Million Premium Members And Get More In-Depth Stock Guidance and Research
By Natalie Walters - Dec 14, 2017 at 9:30AM

In the latest round of bad headlines for Uber, it lost its license in another city in the U.K.

This hasn't been Uber's year, and it looks like the bad news will keep rolling in for the company right through the last few days of 2017.

In the latest scandal for the ride-sharing company, it's had its operating license suspended in the United Kingdom city of Sheffield, as of Dec. 18. The decision follows a similar one made in September to prevent Uber from operating in London.

The suspension is the latest in a lineup of incidents that prove the company needs to get its act together before it can even think about going public. 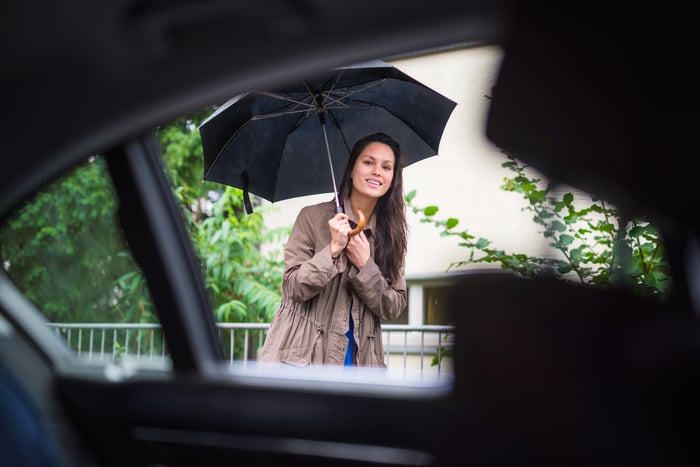 Uber has had its license suspended in another city in the U.K.

The problem: Profits over customers

Uber's license was suspended in Sheffield simply because the company failed to respond to questions from the local authority's licensing team about the management of its app.

"If it chooses to appeal this suspension it can continue to operate until the appeal is heard," Sheffield city council officials said in a statement. "If it decides against an appeal the suspension will come into force."

This news comes just two months after the Transport for London office revoked Uber's operating license in the capital. Uber's appeal for that decision is set to be held on Dec. 11.

Disgraced Uber CEO Travis Kalanick may have been ousted in June, but his mistakes are still showing up and his influence is still being weeded out at the company.

When will Uber start putting its drivers and riders in first place rather than its profits?

Just this May, during Kalanick's last month as CEO, Uber came under fire for using its "Greyball" software to deny rides to authorities in places its service was banned or restricted. Authorities were shown a fake interface that showed imaginary drivers on the screen.

But perhaps the most glaring example of Uber's selfish modus operandi to date came in November, when it was revealed that the company -- also during Kalanick's much-too-long reign -- had secretly paid hackers a $100,000 ransom to keep quiet about the October 2016 hack of 50 million rider accounts and 7 million driver accounts.

The shady deal was put in place by Uber's former chief security officer, Joe Sullivan, who has since stepped down. In addition to the payoff, the company also met with the hackers and made them sign a nondisclosure agreement to be sure the hack was never made public.

Rather than alerting the public about its mistake, to ensure drivers and riders could take steps to protect their personal information, Uber immediately sought to bury the breach. Time and time again, Uber continues to put its $70 billion business ahead of its loyal customers and drivers.

Can a new CEO fix the Kalanick problem at Uber?

The silver lining to these latest examples of carelessness, in Sheffield and with the hackers, is that new CEO Dara Khosrowshahi seems to understand the seriousness of both. He has the humbleness and the maturity to admit they were 100% unacceptable.

"None of this should have happened, and I will not make excuses for it," Khosrowshahi wrote in a blog post. "While I can't erase the past, I can commit on behalf of every Uber employee that we will learn from our mistakes. We are changing the way we do business, putting integrity at the core of every decision we make and working hard to earn the trust of our customers."

In October, Khosrowshahi flew to London to try to work things out with the Transport for London authorities. In addition, he was the one to ask Sullivan to step down after the $100,000 payout was uncovered.

The new leader is clearly aware of Uber's problems with public trust and is going the extra mile to fix its reputation. In fact, at a staff meeting in early November, he made it very clear that he was taking Uber's values in a different direction when he presented a set of new rules for the company.

First and foremost was the following: "We do the right thing. Period."

The fact that Uber itself revealed information about the hack shows that Khosrowshahi is serious about that rule. The company said it uncovered details about the breach during a board investigation into Uber's business practices.

Let's hope Khosrowshahi will choose to do the right thing in the U.K. And here's another rule for Uber: "Put your customers and drivers before profits. Period."