Please ensure Javascript is enabled for purposes of website accessibility
Log In Help Join The Motley Fool
Free Article Join Over 1 Million Premium Members And Get More In-Depth Stock Guidance and Research
By Keith Noonan, Chris Neiger, and Daniel Miller - Dec 15, 2017 at 6:22AM

This trio of investors thinks IBM, General Motors, and Seagate Technology could be bargains at today's prices.

With the stock market at record levels, finding cheap stocks has taken on new layers of difficulty. It has also become increasingly important.

To help our readers identify investments that offer protection against a potential downturn, as well as avenues to substantial capital appreciation, we put together a panel of Motley Fool investors and asked each member propose a stock they think presents long-term opportunity at a relative bargain price today, and to shed some light on why. Their picks: IBM (IBM 0.33%), General Motors (GM -3.40%), and Seagate Technology (STX). 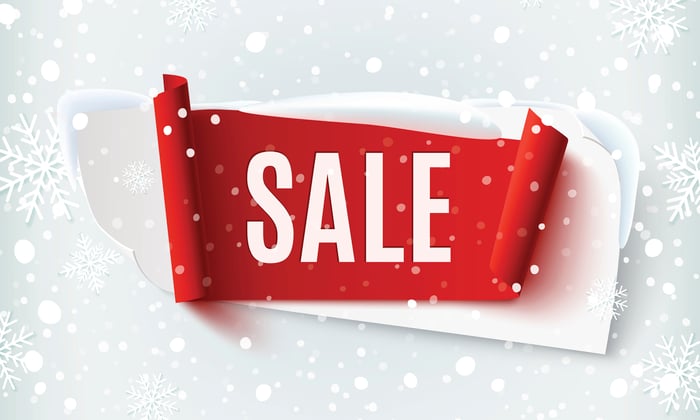 Chris Neiger (IBM): I have to get this out of the way first: IBM is not for everyone. The company's top line has fallen for 22 consecutive quarters and in the third quarter of 2017, its earnings fell 4% year over year. It's no wonder then, that IBM shares are trading at just 13 times the company's trailing 12-month earnings, and 11 times estimated forward earnings -- both ratios far below the tech industry's average.

IBM is in the middle of a major transition right now as it pivots toward a focus on new growth areas like cloud computing and artificial intelligence. For example, the cloud now accounts for 20% of the company's top line; over the past 12 months, IBM has brought in $15.8 billion from its cloud sales. The company says that just over half of that cloud revenue come from "as-a-service" sales, which means those deals will be bringing in recurring revenue, in contrast to one-off hardware or software sales.

IBM is clearly making some strides on the cloud and cognitive computing fronts, but this beaten-up company still has a long way to go before it convinces most investors that its stock is a safe bet. One thing that may tempt some investors to jump in on this turnaround play is IBM's 3.9% dividend. I'm content to wait on the sidelines for now, but the company is certainly one that investors should keep an eye on.

Daniel Miller (General Motors): Even after General Motors'  stock's 21% rise over the past six months, it still trades at a paltry 6.9 forward price-to-earnings ratio, per Morningstar.com earnings estimates -- and that's absurdly cheap territory.

Too many investors are focused on the short term: That forward P/E  reflects peaking auto sales in the U.S. market, GM's profit engine. But investors should look at the opportunity ahead in an industry destined to  evolve into something completely new over the next two to three decades. GM's driving toward a vision of zero crashes, zero congestion and zero emissions. It's opportunities include new revenue streams from the connected car (where its OnStar service gives it an entry point); shared mobility projects that include its Maven brand; and the development of driverless vehicle technology and electric vehicles.

While those opportunities will take time to develop and bear fruit, GM has also proven it can improve its business here and now, and reward its shareholders. In fact, from 2012 through 2017, the automaker has returned $25 billion through dividends and repurchases. That's reduced shares outstanding by 25%, and generated a payout that currently yields 3.6%.

The auto industry is on track to change more in the next two decades than it did over the previous ten, and GM is more prepared for that type of evolution than ever before. That should be music to the ears of investors willing to ride the cyclical auto industry and focus on the long term.

Store this one away for the long term

Keith Noonan (Seagate Technology): Even after rallying 20% since its releasing its first-quarter results on Oct. 23, Seagate Technology's stock still looks like a bargain. It trades at roughly 11 times trailing free cash flow, 10.5 times forward earnings estimates, and just just 1.2 times forward sales. While there are good reasons that the hard disk drive maker trades at low multiples relative to the broader market, there's enough upside to justify owning the company for the long haul.

Let's talk first about why the stock can be had for cheap. Seagate's sales have dipped roughly 25% over the last three years as solid-state drives (a product category led by competitor Western Digital) have gained traction and increasing adoption for cloud storage, casting uncertainty over the fate of the hard disk drive business. While the rise of cloud storage means less consumer demand for hard disk drives, the data boom stemming from the rapid increase in the number of connected devices and the size of files transmitted means that data centers will have increased storage needs. In fact, research firm IDC estimates that annual global data generation will grow tenfold from 2016 to 2025 -- a trend that looks very favorable for Seagate shareholders.

The stock also offers investors a generous dividend that bolsters the case for long-term ownership. Shares currently yield roughly 6%, and the company's six-year streak of annual payout increases suggests that Seagate will continue to bolster its returned-income profile. With the current dividend consuming just 65% of trailing free cash flow, the company appears to be in good shape to continue boosting its payout.

Seagate's big dividend, low earnings multiples, and underappreciated business prospects point to value that's much greater than the market is giving the company credit for.