The global athletic-apparel market is projected to grow to more than $200 billion by 2022, according to Statista. Nike (NYSE:NKE) has long reigned supreme in this lucrative arena, yet hard-charging challenger Adidas (OTC:ADDYY) has steadily gained share in recent years. Both these apparel giants have delivered strong returns to investors over the past decade, but which is the better buy today?

To help us find the answer to this question, let's look at how they stack up in three key areas. 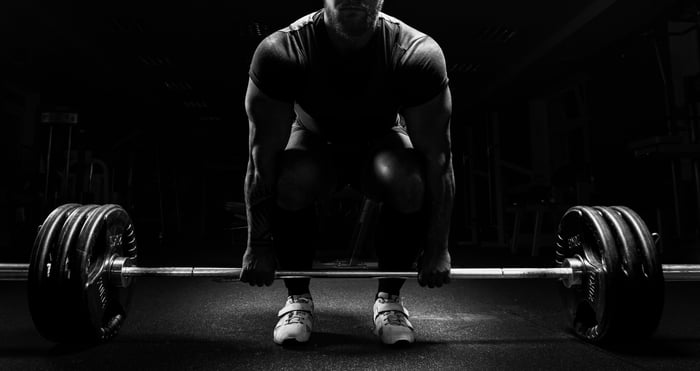 Sports apparel is a marketing-driven business, and the ability to pay for top-tier sponsorships is often a determining factor in who wins -- or loses --market share. That makes financial fortitude of the utmost importance. Let's look at how Nike and Adidas stack up in this regard.

Nike generates significantly higher after-tax profits and free cash flow than Adidas. It also has nearly $2 billion more in net cash on its balance sheet than its smaller rival. This gives Nike a powerful edge when it comes to financial strength.

Adidas has delivered nearly twice the revenue growth and almost three times the earnings growth that Nike has been able to muster over the past three years. 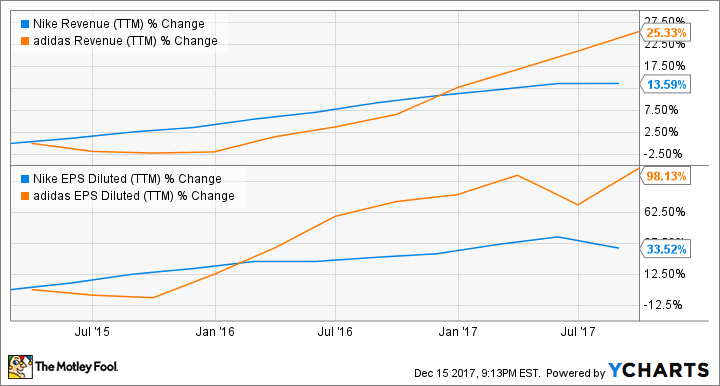 Wall Street expects this trend to continue in the years ahead. Analysts are forecasting that Adidas will grow its EPS at a 22% annualized rate over the next half-decade, fueled by its e-commerce and athleisure initiatives. During this same time, Nike's EPS is projected rise by less than 9% annually, as the expansion of its direct-to-consumer business is somewhat offset by tepid growth in its wholesale operations. Thus, Adidas clearly has the edge in terms of expected growth in the coming years.

No better buy discussion should take place without a look at valuation. Let's check out some key value metrics for Nike and Adidas, including price-to-earnings, price-to-sales, and price-to-free-cash-flow ratios.

On all three metrics, Adidas' shares are considerably less expensive than Nike's. The difference is even more pronounced if we look at their price-to-earnings-to-growth, or PEG, ratios. Because of its higher expected growth rates, Adidas' PEG of 1.15 is near the 1.0 range that GARP-type investors see as representing bargain territory, while Nike's PEG of 3.22 would be considered overvalued. As such, Adidas' shares are the better deal.

Nike's financial heft must be respected, but with its superior growth prospects and more attractively priced stock, Adidas is the better overall buy today.