In spite of regulatory burdens, Amazon is doubling down in China.

In the United States, Amazon.com (AMZN -2.44%) dominates its respective industries. The company enjoys an enviable lead in e-commerce, boasting 44% of U.S. e-commerce spending in 2017. In the cloud-computing space, Amazon Web Services (AWS) is nearly as dominant on a global scale with an estimated 35% of infrastructure-as-a-service and provider-as-a-service related cloud spend.

In the second-largest economy, China, Amazon has had mixed success. Amazon's e-commerce presence has been essentially non-existent in the country. The Wall Street Journal estimated Amazon's online retail market share at 1.3%, down from 2.1% in 2011 as Chinese rivals Alibaba (BABA 1.14%) and JD.com have proven to be formidable rivals. The company's higher-margin Amazon Web Services (AWS), has been more successful, but recent governmental action gives cause for concern. 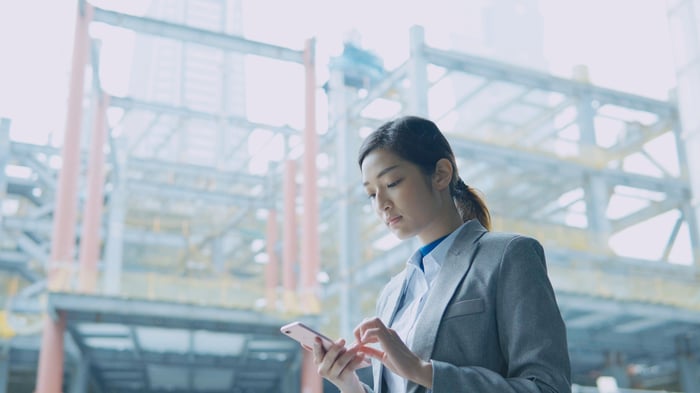 Chinese demand for cloud computing is expected to grow from $2 billion to $16 billion by 2020. Image source: Getty Images.

Made in China 2025 may limit Amazon's opportunity in China

Last month, Amazon investors were surprised the company had to sell its cloud-services computing equipment to Beijing Sinnet Technology. At the time of the sale, AWS noted "Chinese law forbids non-Chinese companies from owning or operating certain technology for the provision of cloud services. As a result, in order to comply with Chinese law, AWS sold certain physical infrastructure assets to Sinnet, its longtime Chinese partner."

While Amazon is still able to provide its cloud services in the country, the Chinese government has a record of banning American internet companies (Twitter, Facebook, and many of Alphabet's services, to name a few). While most American companies were banned for failure to comply with the government's censorship policies, notable domestic competitors perform similar functions. In the last two years, there has been a renewed focus among the Chinese government to promote domestic companies.

In 2015, the Chinese government announced Made in China 2025 (MIC 2025), a 10-year plan to transform China into an advanced manufacturing and information-technology leader. Many critics, particularly the U.S. Chamber of Commerce, fault MIC 2025 as the "state's intent to leverage China's legal and regulatory systems to favor Chinese companies over foreign ones in targeted sectors."

Amazon's not giving up in the country

Amazon's latest move is a sign that the company is not conceding its market share in China. Amazon recently opened a second cloud-computing center in Ningxia, China. China is now the only country outside of the United States where AWS has two separate cloud-computing centers. The Ningxia center will serve as the foundation for new initiatives with a focus in developing Western China, while the Beijing center will continue to service the more-developed Eastern Chinese market.

Amazon finds itself in a nascent, yet increasingly crowded space. In its earnings report for the quarter ended in September, domestic competitor Alibaba reported a 99% year-over-year increase from cloud computing revenue. In October, Microsoft CEO Satya Nadella announced it will triple the capacity of its cloud computing service, Azure, in China over the next six months.

However, China's cloud demand will ensure the market will not be a winner-take-all. According to Morgan Stanley analysts, the public cloud market is expected to grow from $2 billion this year to $16 billion by 2020. Amazon should be able to continue to grow revenue from AWS in China even among fierce competition, absent government intervention.