Augmented reality made some huge strides in 2017. On the mobile side, Apple (NASDAQ:AAPL) updated iOS so that developers could build augmented reality (AR) apps and games, which instantly gave millions of mobile users access to AR like never before, all without having to buy a new device.

Social media didn't escape the AR craze in 2017, either. Facebook (NASDAQ:FB) tweaked its flagship app, Facebook Messenger, and updated Instagram to bring in more AR features to all three. And with the company's more than 2 billion monthly active users, Facebook is setting itself up to be one of the most influential AR companies around.

And, of course, Microsoft (NASDAQ:MSFT) continued to plow ahead into the AR hardware space with more use cases for its Hololens headset, announcing that it will bring a redesigned version in 2019.

All of these moves have helped lay the foundation for the mass adoption of augmented reality, and in 2018 we'll likely see a whole lot more from these companies. The AR market is expected to be worth $165 billion by 2024, so let's look at how these companies could benefit next year and beyond. 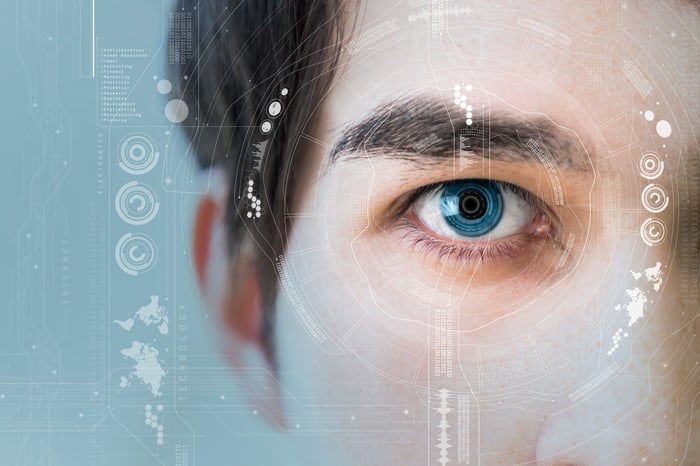 When Apple launched its ARKit for developers months ago, it said that the company would soon become one the biggest AR platforms on the planet simply because of the number of people using the company's iOS mobile operating system. And in 2018 we'll get to see how well Apple's plan was executed.

Already some companies are making AR apps more mainstream. IKEA's Place app allows its users to virtually place furniture inside of their home, move it around, and get a feel for how it looks before they buy it. It's a simple idea, but it's apps like this -- that are now more readily available through Apple's App Store -- that will make online shopping even easier.

Of course, Apple is likely to benefit from AR's adoption for mobile games as well. Instead of gaming being relegated to an iPhone or iPad screen, users can now put those games on the tables and floors of their homes and interact with them in new ways.

If AR games and apps don't seem like all that big of a deal, consider that Nintendo's Pokemon Go, the breakout AR game for iOS in 2016, surpassed the $500 million revenue mark faster than any other app before it and has brought in $1 billion in sales since its release. Sure, not all AR games will be as successful as Pokemon Go, but the game proved there's strong demand among mobile users for AR apps. Revenue from consumer mobile AR apps is expected to reach $1.2 billion in 2018, up from $725 million in 2016, and hit $15.5 billion by 2022. With Apple already leading the way with AR apps, the company should benefit as this tech goes even more mainstream in 2018.

At Facebook's 2017 F8 Developer conference, CEO Mark Zuckerberg showed off how the company's app will soon use AR to allow users to point their phones at an object and receive a pop-up card with information about the object, and a button to either buy it or download an app. It was just a presentation, but the company is already taking big steps that will bring the augmented reality and social media worlds together. 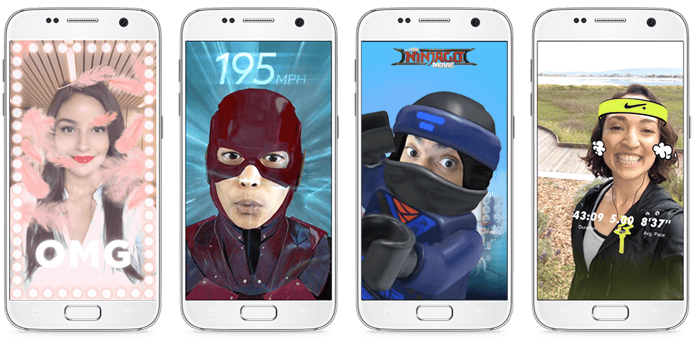 The company's latest AR Studio allows developers to build filters and camera effects for its Facebook and Messenger apps, similar to Snapchat's AR filters, and its Instagram app has already added more AR filters and features as well. The company just took another step in that direction recently by allowing all of the developers on the Facebook platform to start creating interactive AR filters.

That's a huge differentiator compared to Facebook's AR rival, Snap Inc. (maker of the Snapchat app), which doesn't have third-party developers making AR apps. Facebook has been able to copy many of Snapchat's features in the past on both its Facebook and Instagram apps, with massive success.

In 2018, more than 1 billion smartphone users will create some form of augmented reality content at least one time during the year, and 300 million will do so each month, according to recent predictions from Deloitte. With Facebook's 2 billion users -- and 800 million users on Instagram -- it's very likely that much of that AR content creation in 2018 will be done on Facebook's platforms.

Of course, not everything that happens with AR in 2018 will revolve around software. Microsoft already has a first-mover advantage in the augmented reality hardware space with its Hololens headset, and the company has said it will launch a new version of the device in 2019. That means the company will likely share more details about the updated version sometime in 2018.

Microsoft already has some big companies using its AR tech. For example, Ford uses Hololens to evaluate vehicle designs and make changes to virtual and clay models in real time. Hopefully, in 2018 we'll catch a glimpse of the new Hololens, possibly geared more toward consumers than enterprises, with more features and a cheaper price tag (the Hololens developer version currently costs $3,000, and the enterprise version is $5,000).

Aside from Microsoft's plans, we'll surely hear more rumors about an Apple headset/glasses and an AR device from Facebook as well. Rumors have been spreading for a while that Apple will release an AR headset in 2020, and might debut it in 2019. That means 2018 could shed a little more light on Apple's headset plans; some analysts have speculated the device could eventually become a key revenue driver for Apple in the coming years.

Not to be outdone, Facebook filed a patent in late 2017 outlining a pair of augmented reality glasses, to be built by its Oculus company, that sends light to a user's eyes (instead of normal display) and could connect to wireless headphones as the speakers.

Zuckerberg has said that AR could be "the next major computing platform," and he's mentioned before that glasses are the best tool to deliver augmented reality. Considering that there are already some leaks about the company's glasses, I'm sure we'll hear more about them throughout 2018. But investors should temper any excitement about them with the fact that Zuckerberg doesn't believe AR hardware will go mainstream for another five to 10 years.

Microsoft, Apple, and Facebook aren't bringing in substantial revenue from their augmented reality plans right now, and that might not change all that much over the next few quarters. But investors should view the AR moves the companies are making as small steps to a very lucrative, and potentially transformational, technology. If augmented reality becomes as big as each of these tech giants believes it will be, then patient investors will likely be rewarded.