The first question investors will need to answer is whether they prefer stability or growth in their sneaker stocks?

The shoe and apparel business is incredibly competitive -- companies fall in and out of favor as quickly as fashion changes. Nike (NKE -1.00%) and Skechers USA (SKX -0.81%) are two of the prominent players in footwear, and both have extended their brands into casual and sporting apparel as well, though Nike's clothing game is stronger.

But which of these stocks is the better buy for investors today? The answer may depend on what style of investment you're looking for. 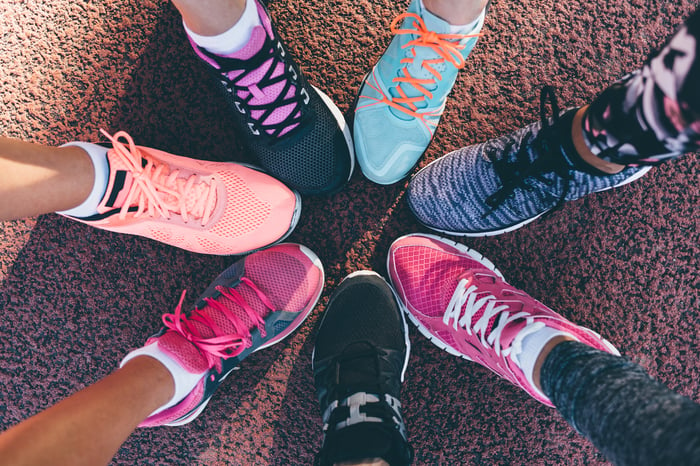 It can be hard to compare companies of such different size as Nike and Skechers. Nike generates nearly 10 times the revenue of Skechers, and has nearly 20 times its market cap. 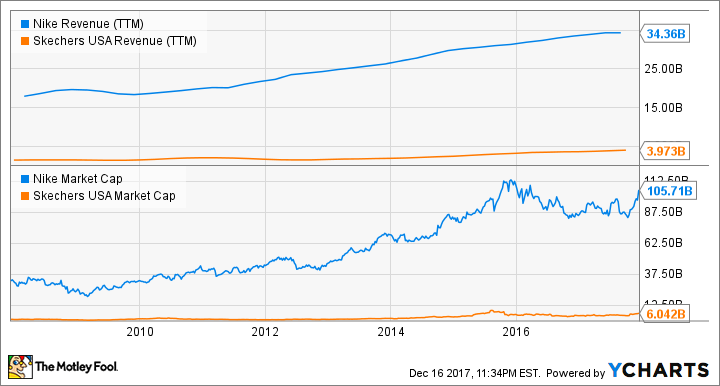 Nike's business is also more diverse, serving nearly every major end market in sports. It's also geographically diverse in its markets. Scale and stability are definitely among Nike's advantages, and those are not going away anytime soon.

That said, Skechers is able to grow more quickly because of its smaller revenue base. Over the past five years, its revenue is up 154%, compared to 38% growth at Nike; and if Skechers' international growth plans continue, the company should continue to outgrow Nike on the top line.

When comparing companies in the same business, it's helpful to look at their operating performance. The chart below shows Nike and Skechers' operating margin and their return on assets, where Sketchers' growth hasn't translated to the same kind of profitability as Nike has delivered. 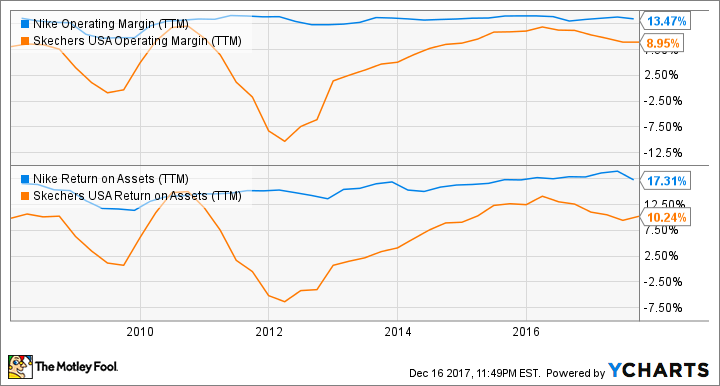 Nike is clearly more efficient at turning revenue into profit, and that,  combined with its larger scale, provides more stability for investors. Skechers is dependent on hot products and strong growth to provide returns to investors because it isn't as efficient operationally.

One major difference between Nike and Skechers is their stability. Nike is a steady sports and apparel company while Skechers' revenue and earnings can swing wildly from quarter to quarter. 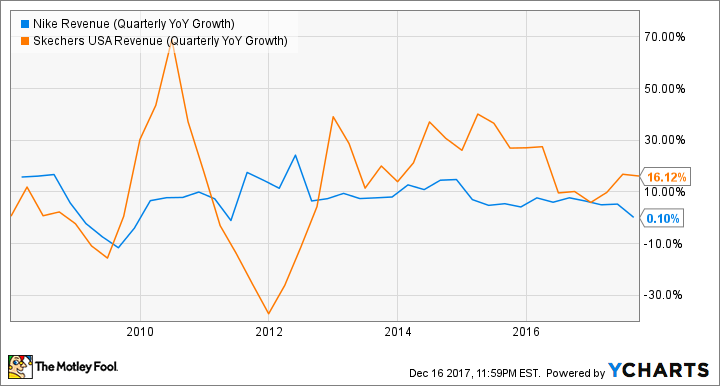 There are two sides to the growth coin. On the one side, Nike is an incredibly stable brand with a long history of adapting to fashion changes and remaining profitable. On the other, its larger scale means it's not going to be able to grow as rapidly as Skechers can.

Skechers has displayed more growth since 2013, but those gains come with greater volatility. For investors who would prefer a steadier course, Nike may be the better stock pick.

Given Skechers' better growth, better value, and its low debt load of $84 million, I think it's the better stock for investors to buy today. Nike is a great company long term, but it's stock is too expensive by comparison to win this battle.