Focusing on health and fitness has yet to unlock meaningful mainstream demand for smartwatches overall, but that isn't going to stop Apple (NASDAQ:AAPL) from betting even bigger on health. The Mac maker recently partnered with Stanford Medicine to conduct a research study using Apple Watch, hoping to use the integrated heart rate sensor to collect data on irregular heart rhythms. watchOS 4 also added a feature that notifies the user when the device detects a spike in one's heart rate when not exercising. 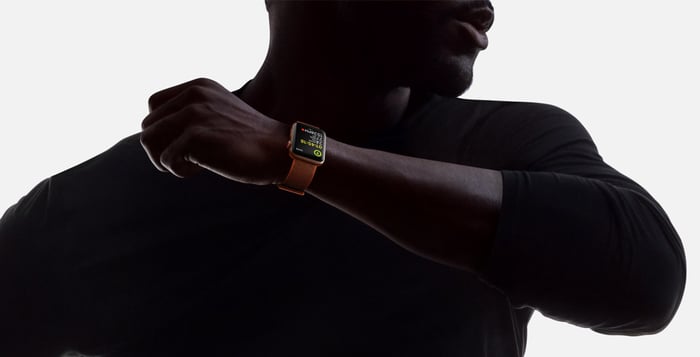 Bloomberg reports that the company is working on an EKG heart monitor to integrate into Apple Watch, doubling down on adding more advanced health monitoring features to the device. Users would squeeze the Apple Watch to activate the monitoring, which would send an electrical signal through the body to track heart activity and look for irregularities, according to the report.

Detecting problems early could quite literally be a matter of life and death for some users. In a remarkable 2015 story, Apple Watch helped save a high school football player's life by allowing him to see an abnormal spike in his heart rate, and he was able to proactively seek medical attention. The student was subsequently diagnosed with rhabdomyolysis. (And that was using the basic heart rate monitor in the original Apple Watch.)

Apple is currently just testing the idea and may not move forward with including such a monitor in all Apple Watches. The report notes that healthy users would derive little to no value from such a monitor, citing a cardiologist at the University of California, San Francisco. The FDA approved the first EKG reader accessory for Apple Watch just a few weeks ago, with the sensors integrated into a third-party watch band, the $199 AliveCor KardiaBand (which also requires a $99/year subscription).

And let me live again

Adding an EKG heart monitor would be the latest escalation in the competition between Apple and Fitbit (NYSE:FIT), as both companies focus heavily on health and fitness with their respective smartwatch offerings. For example, Fitbit's Ionic includes a SpO2 sensor that allows the device to estimate blood oxygen levels. Fitbit is working on using that sensor to potentially help users track sleep apnea, a common sleep disorder that affects millions of U.S. adults.

Time reported in August that Fitbit was exploring new ways to measure heart rates as well, but its research efforts are still in the early innings, according to the company's director of research, Subramaniam Venkatraman.