Please ensure Javascript is enabled for purposes of website accessibility
Log In Help Join The Motley Fool
Free Article Join Over 1 Million Premium Members And Get More In-Depth Stock Guidance and Research
By Keith Speights - Dec 26, 2017 at 5:04AM

These stocks are set to ride the waves of enormous wealth-generating trends.

How can you get rich? There are plenty of paths to wealth.

You could win the lottery. A long-lost uncle could pass away and leave you his stash of bitcoins. Of course, there are plenty of other methods to getting rich as well. One way to seriously consider is to buy stocks that are poised to benefit from trends that will create enormous wealth.

But which trends and which stocks? Artificial intelligence (AI), China's growing economic power, and gene editing are three trends that I think hold the potential to generate a lot of money in the coming years. Here's why Micron Technology (MU 3.95%), Alibaba (BABA 4.92%), and Editas Medicine (EDIT -0.22%) could be great picks to profit from these trends -- and make you rich in the process. 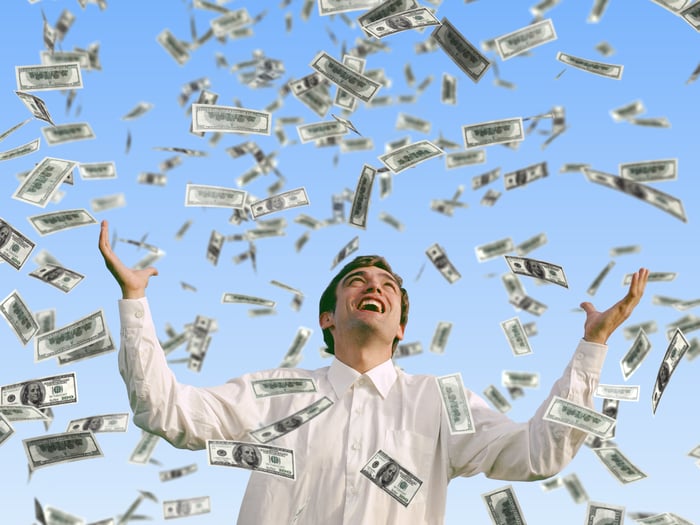 Thanks for the (AI) memory: Micron Technology

If you don't know much about AI, understand three things. First, successful application of AI involves a huge amount of data. Second, that data has to be processed by high-powered computers. Third, this processing requires a lot of memory. Now that you've got those three things down, you can better appreciate the value that Micron Technology brings to organizations focusing on AI.

Micron is one of the world's biggest providers of memory chips used in AI systems. A rapidly growing application of AI is in autonomous, or self-driving, vehicles. Micron is making a big play in this market. In September, the company launched new memory chips that are designed to serve as the foundation for next-generation autonomous vehicles. It also announced partnerships with some of the top automakers to develop high-bandwidth memory technology intended to power fully autonomous vehicles.

There are plenty of stocks you could buy to profit from the growth of AI. Many of them, however, are priced for perfection. Micron, on the other hand, is incredibly cheap despite the stock doubling in 2017. The chipmaker's shares trade at a little over five times expected earnings. With the kind of growth that Micron should enjoy, the stock looks even more attractive. 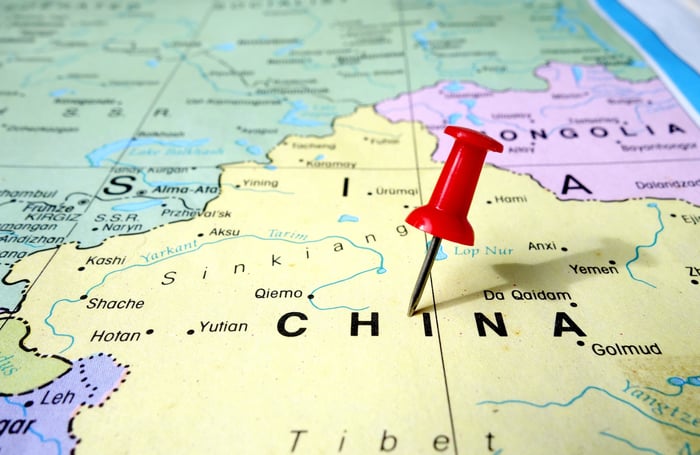 A bull in the China shop: Alibaba

China ranks as the most populous country in the world. Its gross domestic product (GDP) has grown by 6.9% in 2017, more than twice as much as the U.S. China's middle class is growing significantly -- and that creates lots of opportunities. Alibaba has already begun capitalizing on those opportunities.

When it comes to e-commerce in China, Alibaba reigns as king. The company provides the internet platform that connects merchants with customers for both retailers and wholesalers. It's also China's largest provider of public cloud services. But as big as its market potential is in China, Alibaba isn't limiting itself to just one country. The company's mission is "to make it easy to do business anywhere." That's exactly what Alibaba is attempting to do.

The company owns the top mobile browser used in India and Indonesia, two other fast-growing nations. It owns the largest largest mobile payment platform in India. Founder Jack Ma's goal is to serve more than 2 billion consumers and 10 million small businesses 20 years from now. If it achieves that goal, Alibaba would have a business platform that was, by itself, one of the largest economies in the world. This could very well be one of those stocks that you can buy and never sell.

DNA will never be the same: Editas Medicine

Gene editing, which involves inserting, deleting, or replacing DNA, has been around since 1991. But for years, actually editing genes was difficult, slow, and expensive. That changed in 2012 with the introduction of CRISPR (which stands for clustered regularly interspaced short palindromic repeats). CRISPR used a bacterial enzyme (known as Cas9) to alter DNA and ushered in a whole new ballgame for gene editing. Some of the early pioneers of CRISPR founded Editas Medicine in 2013.

There are other early-stage biotechs developing therapies using CRISPR. What sets Editas apart from the pack? Patents. In 2014, the company licensed patents for CRISPR-Cas9 held by the Broad Institute and Harvard University. These patents cover any use of the gene-editing technology in humans. Unless the patents are somehow invalidated (and they've been upheld once in court already), any company that develops a gene therapy using CRISPR-Cas9 will have to pay royalties to Editas. 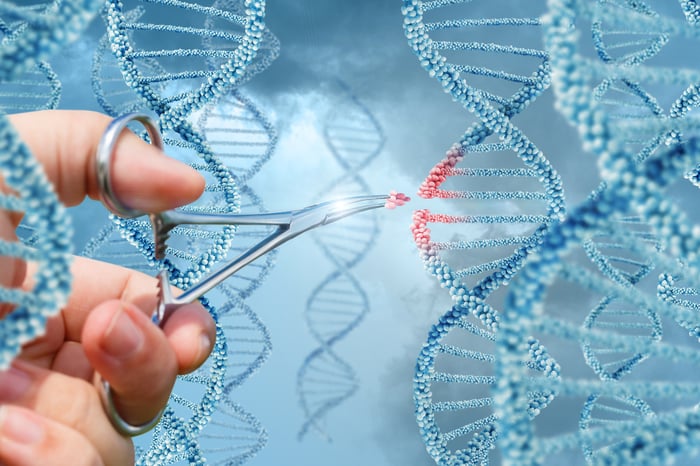 Editas could one day have its own gene therapies. The biotech is exploring use of CRISPR in developing treatments for eye diseases as well as genetic diseases including cystic fibrosis, Duchenne muscular dystrophy, and sickle cell disease. It's also working with Juno Therapeutics on using gene editing for fighting cancer. I think it's entirely possible that Editas and others developing gene therapies using its patented technology revolutionize healthcare in the coming years -- and make some investors wealthy in the process.

The process for getting rich with these three stocks is pretty simple. It involves only two steps. First, buy the stocks. Second, hold on to them for a long time. The first step is easy, but the second step could be really tough to do.

All three of these stocks could be pretty volatile. That's especially true for Editas Medicine, since it isn't profitable yet and could have to raise cash through dilution-causing stock offerings. That volatility could make it difficult to stay calm at times.

Each of these stocks could also shoot up a lot in a relatively short amount of time. I already mentioned that Micron stock has doubled this year. Alibaba is pretty close to doubling as well, and Editas is up more than 65%. With those kinds of quick gains, you could be tempted to sell, take the money, and run. Don't.

I believe all three of these stocks are long-term plays. It will take years for AI, growth in China, and gene editing to reach their maximum impact. Buy Alibaba, Editas, and Micron now and hold on to them for a really long time. Maybe you won't get rich, but I think the chances are pretty good that you will.

Whoa! These Stocks Outpaced the Dow