Disney will snap up Fox assets sooner rather than later, bitcoin will prove mortal, and MoviePass will buckle in 2018.

I've spent more than two decades writing about the financial markets, and the chill in the air dictates that this is the time of year when prognosticators dust off their crystal balls. Let's make some predictions.

We had a wild 2017, and there's no reason to think that the year ahead will be tame in comparison. Let's go over some of the things I see happening. Naturally, I would be shocked if you agreed with all of them. 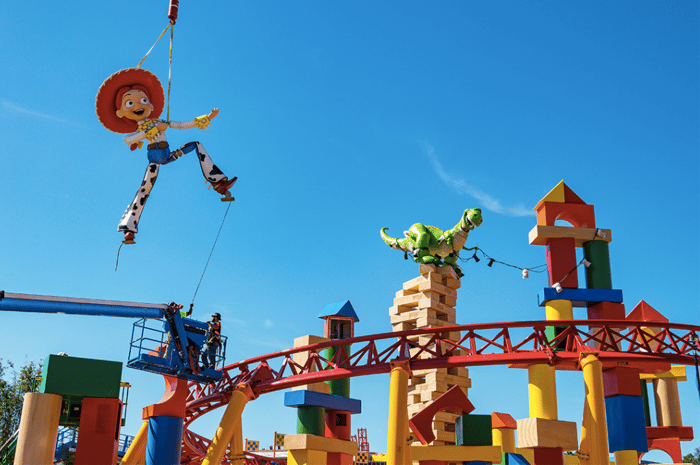 Disney's (DIS 1.84%) deal for key Twenty-First Century Fox (FOX) (FOXA) assets is huge. The all-stock deal that was originally valued at a whopping $52.4 billion will help Disney round out rights to many of the franchises it's already working with along with several new interesting pieces of content.

Suggesting the deal for Twenty-First Century Fox will be completed in the year ahead may seem like an easy call to make, but this is actually two predictions in one. I'm saying that the deal will close, no easy call in a climate where the Federal Trade Commission has nixed the combinations of cable television providers, telcos, and even drugstore chains. I'm also saying that the deal will completed by the end of next year, ahead of the 12- to 18-month timeline that nails the close to the first half of 2019.

Disney and Twenty-First Century Fox seem to have already thought things through. Key assets of Twenty-First Century Fox have already been culled from the deal, set to be spun off as its own mini empire. Disney also needs these assets in its arsenal as quickly as possible, and that will get both sides playing nice and checking off all of the boxes to get this thing done earlier than expected.

Everyone seems to have an opinion on cryptocurrency, and there's no denying that bitcoin has been a big winner for traders and investors alike in 2017. It's just hard to get investors and even economists to agree on the merits of the percolating asset class. Even my fellow Fools seem to be at one extreme or the other, arguing that either it's a bubble or that the rally's just getting started.

I'm not going to perch myself on either extreme. It would not surprise me if bitcoin crashed, but one thing I've learned after watching the brief historical charts of crypto trading is that sharp corrections like the ones we experienced last week typically end with bitcoin bouncing back. With so many exchanges and hungry speculators still looking to get in, we may very well be in the early innings, but if bitcoin is going to establish itself as a legitimate asset class, it's going to have down years. My prediction is that bitcoin will have a wild 2018 in terms of trading, but will ultimately close down for the year.

3. MoviePass will either raise prices or blow up its model

Movie theaters are busy again, and MoviePass deserves the credit. The multiplex smorgasbord has gone from 20,000 members to more than a million since its summertime move to slash its monthly rate to $9.95.

MoviePass and majority stakeholder Helios and Matheson Analytics (HMNY 10000.00%) clearly weren't ready for the platform's overnight success. Pull up any MoviePass post on social media and you'll find folks that either love the program or have struggled to get a response from customer service after being overcharged, failing to secure tickets to a screening, or not receiving their membership cards at all.

Helios and Matheson can fix its customer service issues, but there doesn't seem to be a solution to fix the model's shortcomings. MoviePass pays most theater operators the full price of the admission, which the largest chain claims is $11.88 per ticket. If a MoviePass member averages a movie a week -- and we'll eventually get more visibility on actual usage trends -- MoviePass is trading a $50 bill for a $10 bill. Helios and Matheson is a data analytics company claiming that there is money to be made in collecting and selling data on its users. It also boasts success in promoting indie films, but the ad revenue it generates that way isn't likely to offset the cost of the actual incremental ticket purchases it's subsidizing.

MoviePass is expected to top 3 million members by this summer, and it's easy to see why the customers with functioning cards love the service. It's just not sustainable at the current price point. My third and final prediction is that MoviePass will cost a bit more than $9.95 a month by the end of 2018 if it doesn't have to blow up its model once its capital-raising efforts wear thin.