Get more income from your portfolio.

If you want both income and growth from your portfolio, it's hard to beat dividend stocks. An average yield of around 2% for the stock market might not give you the income you're looking for, but if you look hard, you can find some promising stocks with yields of 5% or more.

TiVo (TIVO), Enbridge (ENB 0.95%), and Bladex (BLX 1.73%) all fall into that category, and shareholders are hopeful that they'll add growth-related share-price appreciation to their dividend payments to produce impressive total returns over time. Below, we'll look more closely at each of these companies to tell you what you should know about them.

TiVo made a big change to its dividend policy right out of the gates in 2017, starting out with a quarterly rate of $0.18 per share. At the time, that amounted to a yield of almost 3.5% based on the share price at that time. With the technology licensing deals that the digital video-recorder pioneer has made recently, ample cash flow has left TiVo with the ability to make substantial returns of capital to its shareholders. 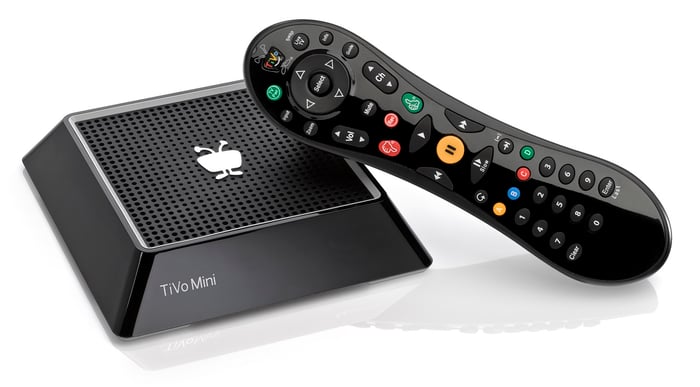 TiVo's share price has slumped despite some promising news late in the year. The company won a key ruling from the U.S. International Trade Commission, which found that DVRs distributed by Comcast violated TiVo-controlled patents. Although an appeal could put that ruling in jeopardy, final victory for TiVo could bring not only a one-time payment, but additional licensing revenue, as well. For those willing to bet on a positive outcome, a depressed share price that has boosted TiVo's yield to 5.1% could be the right incentive to spur an investment.

The energy industry has been volatile lately, and Enbridge has seen plenty of ups and downs. The Canadian energy-infrastructure company has benefited over the long run from the increased supply of oil and natural gas from hard-to-reach areas in the North American interior, and even though the plunge in energy prices during 2015 posed a major disruption to the industry, Enbridge's volumes have remained dependable and helped support its 5.4% distribution yield.

The main risk that investors have identified for Enbridge is the substantial level of debt on its balance sheet. Yet the energy company has targeted reductions in its use of leverage, looking at the potential sale of non-core assets in order to pay down debt and improve its financial position. With the possibility of higher payouts in the future if rising oil prices spur further production from its customers, Enbridge stands to gain substantially from a return to more normal conditions in the energy sector in 2018 and beyond.

Finally, Banco Latinoamericano de Comercio Exterior, better known as Bladex, is a Panamanian bank with a current yield of 5.6%. That's higher than you'll find with most big U.S. banks, reflecting the fact that foreign banks have less regulation and oversight than domestic counterparts subject to scrutiny from the Federal Reserve.

The ups and downs of the Latin American economy have taken their toll on Bladex over the years. For instance, earlier in 2017, fallout from political controversy in the major Latin American country of Brazil put the brakes on what had been a solid recovery in key commodity markets for the region.

Bladex itself has identified an increase in risk levels in the region, and that has prompted the bank to pull back on asset growth in order to target safe opportunities to provide financing. That prudent corporate philosophy might not maximize growth when times are good, but it removes some of the volatility that Bladex would otherwise face. That's the behavior that dividend investors can appreciate.

It's important when you're looking at high-yield dividend stocks not to let the income blind you to risk. Bladex, Enbridge, and TiVo aren't risk-free, but the threats to their respective businesses are well-known. If you're comfortable with their ability to navigate those threats and control their risk, then these stocks could give you the combination of income and growth potential you need.