Please ensure Javascript is enabled for purposes of website accessibility
Log In Help Join The Motley Fool
Free Article Join Over 1 Million Premium Members And Get More In-Depth Stock Guidance and Research
By Rich Smith - Feb 19, 2020 at 11:23AM

Nary a GAAP profit in sight, but the DVR maker has pro forma profits aplenty -- and that's good enough for Wall Street.

This morning, shares of the maker of digital video recorders (DVRs) soared 21% as of 10:35 a.m. EST after reporting Q4 2019 earnings that were apparently nearly twice as strong as Wall Street had expected this tech stock to produce. 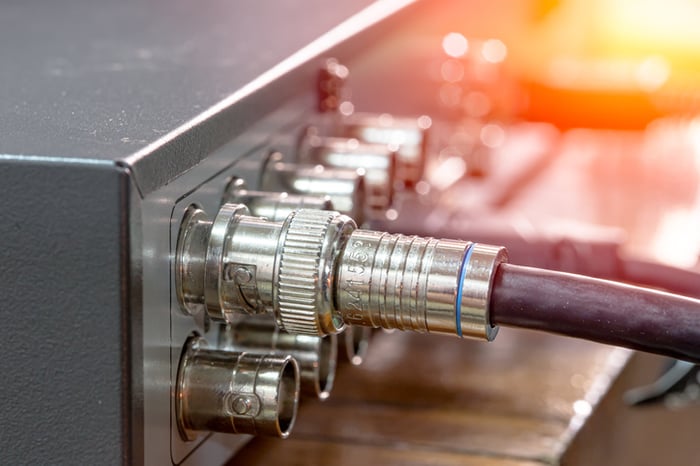 Tuesday night's Q4 report showed TiVo losing $1.75 per diluted share on sales of $175.2 million. The GAAP loss was 25% less than TiVo lost in the year-ago quarter, while sales were up 4% year over year.

It was still a loss, and that's not ordinarily something investors would consider good news. But according to Yahoo! Finance's interpretation of the data, TiVo's GAAP numbers, when translated into the pro forma accounting that Wall Street tends to focus on, worked out to $0.35 per share in pro forma profit, nearly twice the $0.18 profit that analysts were looking for.

And that has investors pretty excited today.

TiVo also updated its guidance last night (although notably, it said that the guidance "does not include the impact of the Company's previously announced combination with Xperi Corporation").

According to management, TiVo itself expects to record revenue between $650 million and $690 million this year, and to report a loss of no more than $18 million total (on a GAAP basis), with the potential for as much as a $4 million GAAP profit.

Management's estimate for non-GAAP pre-tax income (the number Wall Street focuses on) is for about $165 million. And divided among 129 million shares outstanding, that could work out to as much as $1.28 per share.

That's a pro forma number to be sure, but it's also well ahead of the $1.02-per-share pro forma profit that Wall Street thought TiVo would earn this year.

And it's yet another reason for investors to cheer TiVo stock this morning.