Shares of TiVo (TIVO) plummeted 23.2% in May, according to data from S&P Global Market Intelligence. At the heart of the matter, you'll find yet another disappointing earnings report. The day after TiVo reported weak first-quarter earnings, the stock plunged 15%.

The media technology specialist's first-quarter sales fell 9.5% year over year, landing at $158 million. Bottom-line losses expanded from $0.15 to $0.21 per share. The Street's consensus estimates had called for a net loss of $0.18 per share on $158 million in sales.

Alongside the financial report, TiVo announced that it will spin off its product and IP licensing business into a separate company, ending a long-running review of strategic options. 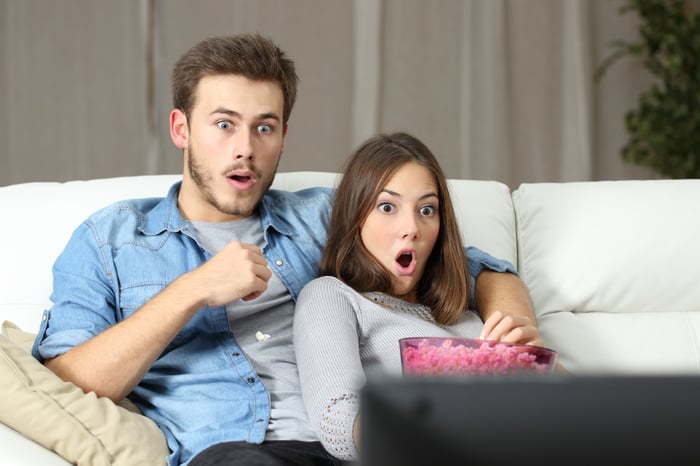 Many investors had been hoping for that strategic review to result in some sort of merger or sale of the entire company, not this lukewarm splitting up into two operations. The new structure should remind investors of the situation before TV Guide parent Rovi acquired media recorder specialist TiVo, shaping the TiVo Corporation in its current form.

That merger never really worked out. TiVo's shares have plunged 67% since the final John Hancock was made on the deal's closing documents, compared to a 32% gain for the S&P 500. I don't think that the spinoff will change TiVo's trajectory much -- the future still looks grim for this increasingly obsolete company.