When struggling retailers need help, they're starting to turn to Amazon (NASDAQ:AMZN) like a struggling swimmer turns to a lifeguard.

Traditional retailers are being tossed and turned by the waves of a new era of omni channel retail, while Amazon sits calmly on a boat and tosses a life saver to the lucky ones like Whole Foods and, more recently, Sears (NASDAQ:SHLDQ).

For the second time this year, Sears has struck a deal with Amazon to sell its appliances on the retail giant's website. In July, it was Kenmore appliances. This month, it's DieHard car batteries, tires, and other related items.

It seems that Sears was close enough to drowning that it was willing to reach its hands out to its biggest rival. But is it a worthwhile pursuit, and can Amazon be trusted? 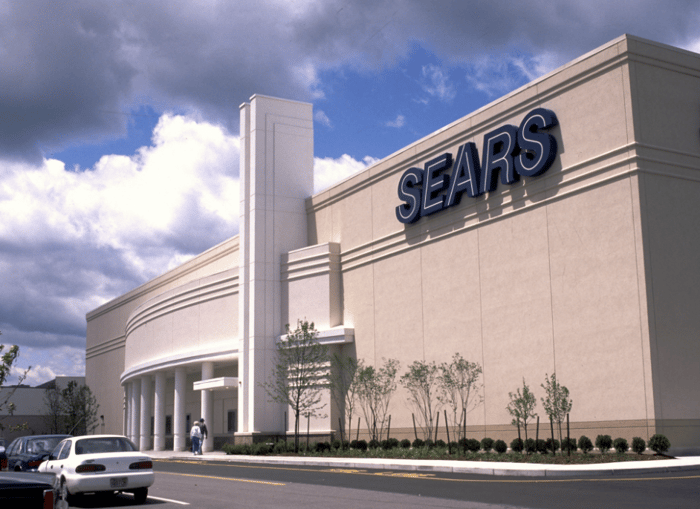 Sears is reaching out to retail giant Amazon for help. Image source: Sears.

This deal alone is probably not life-saving

The good news is that Amazon is making it much easier for customers to order Kenmore and DieHard items from Sears, a strategy that should boost revenue. The test run of selling Kenmore appliances on its website went well enough that Sears thought it worth expanding the partnership, which Sears recently described as a "success."

"Launching on Amazon.com will significantly expand the distribution and availability of the DieHard brand in the U.S., building on the success of our recent Kenmore appliances launch on Amazon.com," Tom Park, the president of Sears' Kenmore, Craftsman and DieHard brands, said in a statement.

The bad news is many believe that, at this point, not even Amazon can help save Sears, which saw same-store sales at Sears and Kmart fall 17% and 13%, respectively, this past quarter. That's in spite of all the closings of low-performing stores.

Brittain Ladd, a strategy and supply chain consultant who authored the paper Amazon Acquires Whole Foods - Now What? and worked for Amazon's groceries team for two years until this May, said Sears needs a bolder strategy than this if it wants to stay in the increasingly competitive retail game. "Amazon can't save Sears simply by selling a few brands," he said.

The numbers seem to back up this more pessimistic view. For the latest quarter, Sears reported revenue of $3.7 billion, much less than the $5 billion reported in the same period a year ago. Though Sears maintains that the comparisons are tough due to the numerous store closures this year.

Amazon may scoop Sears up if it can't survive alone

But Sears' chairman and CEO Edward Lampert is still optimistic -- at least in public -- about the company's future. He believes that the company can weather these waves and that talk of the company's demise is exaggerated.

But what if he's wrong?

If Sears can't save itself, even with Amazon's help, then the company likely has a deal in place to give Amazon first pickings to acquire its brands and supporting assets, like Sears Home Services, according to Ladd. "Amazon understands the value of certain Sears brands, specifically Kenmore and DieHard," he explained.

Ladd said he believes Amazon could acquire Sears and divest all but the best-performing retail locations. While Sears stores have gotten a bad reputation for their often dirty, confusing, and gloomy stores, Amazon could give them an exciting makeover.

This isn't a far-fetched idea considering sources told The New York Times this summer that Amazon was looking into creating furniture and home appliance stores because consumers are still not comfortable buying items like refrigerators online. The sources also said Amazon is looking at using augmented reality and virtual reality in its stores to set it apart from the more traditional appliance stores.

So while the two current partnerships between Amazon and Sears might not be life-saving by any means, they're the start of an unexpected friendship between the top retailer and the poster child of struggling retailers. And it just might blossom into another stunning Amazon-Whole Foods arrangement.