2017 was a terrible year for Blue Apron (NYSE:APRN), Snap Inc. (NYSE:SNAP), and Pandora (NYSE:P). Blue Apron and Snap went public, but abysmal results from both companies sank their stocks. Shares of Pandora tumbled as well, with rapidly rising losses raising questions about its strategy.

All three companies have big problems, and I doubt they'll be solved in 2018. Here's why I'm not touching these stocks. 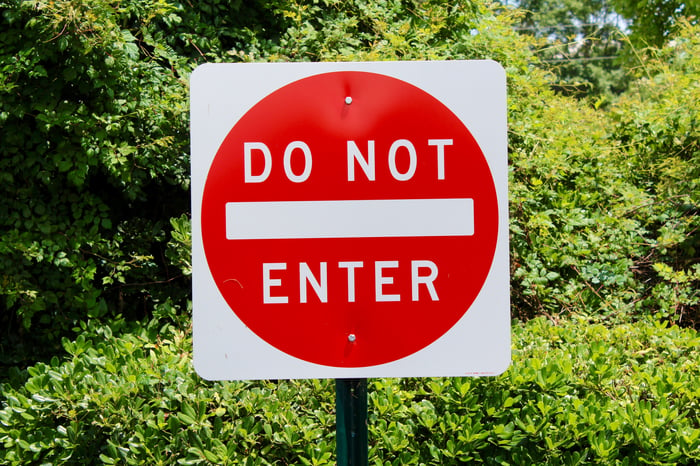 Meal-kit delivery service Blue Apron has only been a public company since last June. But already, the struggling grocery upstart has gone through a round of layoffs and replaced its CEO. The stock tumbled 60% in 2017, driven lower by miserable results. Blue Apron's customer base is shrinking despite heavy marketing spending, and the bottom line is diving deeper and deeper into the red.

While the steep drop in the stock price may lure some investors hoping for a rebound, it's best to stay far away. Blue Apron's business model, shipping overpriced groceries to its customers, is fundamentally flawed. With each serving priced at $9-$10, comparable to a meal at a fast-casual restaurant, there's no value proposition whatsoever. And with much of the prep work and all of the cooking left to the customer, Blue Apron offers little in the way of convenience.

Blue Apron spent 16.3% of its revenue during the third quarter on marketing. That spending led to a loss of nearly 100,000 customers and more than 400 thousand fewer orders compared to the second quarter. Blue Apron simply doesn't work as a mass-market service. Without a major shift in strategy, this company won't survive.

Could Blue Apron find a path forward, perhaps by focusing on offering a high-end service and giving up on spending heavily to acquire new customers? Sure. But betting that a company with a broken business model will fix itself isn't a game I want to play.

Snap Inc., the company behind the popular Snapchat app, also had a lousy IPO in 2017. Growth is slowing, losses are becoming comically large, cash is moving out the door at a breakneck pace, and the user base is starting to stagnate. Snap was forced to redesign the Snapchat app late last year in an effort to make it easier to use, which could make it even harder for the company to successfully monetize the service.

Here are some numbers to chew on, all from Snap's third-quarter report. Net loss grew to $443 million, up from $124 million in the prior-year period. That change was "not meaningful," according to Snap. Free cash flow was a loss of $220 million, and the daily active user base grew by just 3% compared to the second quarter. The company also wrote off $39.9 million of Spectacles inventory.

Somehow, after all of this, Snap is valued at around $18 billion. That's 25 times trailing-12-month revenue. Each daily active user is valued at $117, despite producing just $1.17 in revenue during the third quarter. Snap stock could easily tumble 50% or more in 2018 and beyond. It's best to keep your distance.

Music streaming company Pandora was founded in 2000. It's been a public company since 2011. It has yet to figure out how to make its business work in that time. The company has never turned a profit, and its losses have been exploding in recent years. Over the past 12 months, the company lost $564 million on $1.46 billion of revenue.

During the third quarter of 2017, advertising revenue was basically flat compared to the prior-year period. Listener hours dropped by 4.6% year over year. The company's subscription offerings did well, growing revenue by 50% and total subscribers by 29%. But despite this mix shift toward subscriptions, Pandora's content acquisition costs rose as a percentage of revenue.

About 53.9% of Pandora's third-quarter revenue went to content acquisition, up from 49.5% during the prior-year period. The only way to fix this problem is to better monetize its users. The subscription push, at least so far, is not accomplishing that.

Pandora stock crashed 63% in 2017, and it's down 87% since peaking in early 2014. With no sign that things are going to get better anytime soon, or ever, I see no reason to bet on the company.