When talk turned to investing at your most recent gathering, holiday or otherwise, odds are that conversation touched on the mysteries of bitcoin, Ethereum, or other cryptocurrencies. It's highly unlikely, however, that talk revolved around one of the less popular corners of the investing world: utility stocks. But savvy investors know that success in investing hardly results from favoring opportunities which win popularity contests. Consequently, the utility sector, though hardly scintillating, offers investors a viable option for grounding their portfolios in conservative investment.

With the new year upon us, therefore, let's take a moment to focus on several utility stocks that feature high-yield dividends and warrant some attention: ONEOK (NYSE:OKE), AmeriGas Partners, L.P. (NYSE:APU), and National Grid (NYSE:NGG). 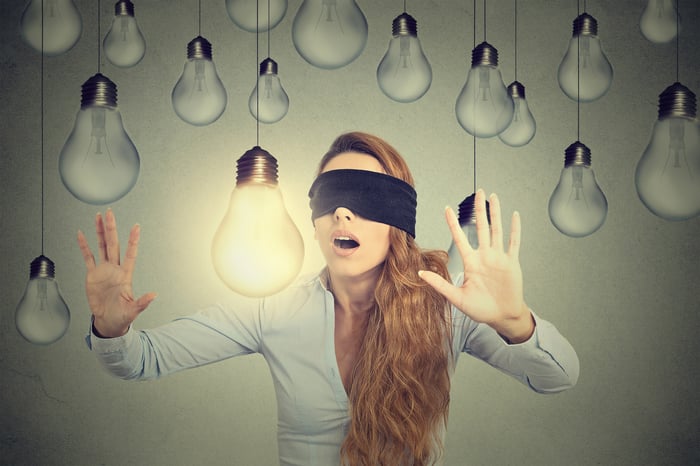 A good one to consider

ONEOK, in addition to a 38,000-mile integrated network of pipelines carrying natural gas liquids (NGL) and natural gas, owns and operates a vast infrastructure which moves NGL supplies in the Mid-Continent, Permian, and Rocky Mountain regions to major markets.

If you're interested in finding a shareholder-friendly company, ONEOK is certainly one that deserves attention. Returning $2.98 per share to investors in fiscal 2017, ONEOK has grown its dividend at a 19% compound annual growth rate (CAGR) since fiscal 2013. And the company forecasts annual dividend growth of 9% to 11% through 2021. But ONEOK's dividend policy isn't the only feature which should attract investors.

In the midst of a challenging environment for energy-related stocks, ONEOK has still managed to grow profitability. If the company succeeds in meeting its guidance and reports $2 billion in adjusted EBITDA for fiscal 2017, that would be an 11% CAGR since 2013. And with approximately $450 billion in capital expenditures slated for 2018 to develop expansion projects, the company is poised for further growth.

This big dog is a gas, gas, gas

The largest propane distributor (based on gallons distributed annually) in the U.S., AmeriGas Partners provides propane to more than 1.8 million customers in 50 states. Demonstrating a commitment to rewarding shareholders, the company raised its distribution for the thirteenth consecutive year in April 2017.

A strong operator, AmeriGas Partners deserves recognition for the strong margins it has generated over the past five years compared to its peers: Ferrellgas Partners (OTC:FGP) and Suburban Propane Partners (NYSE:SPH). 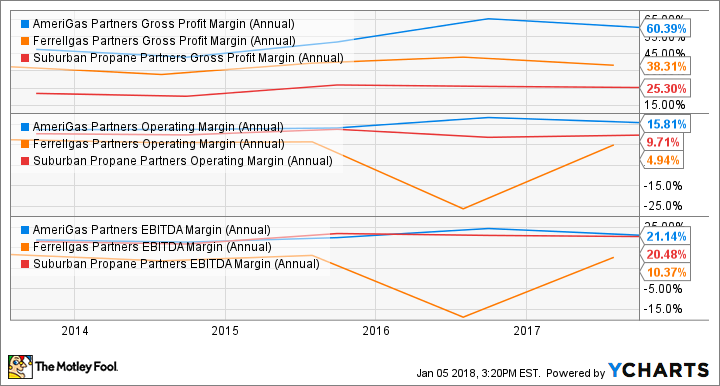 Looking at the company's performance over the past year provides another perspective on how AmeriGas Partners outperforms its peers in terms of profitability. On a trailing-twelve-month basis, it has a 13.5% return on equity (ROE). Suburban Propane Partners, on the other hand, has a 6.03% ROE during the same period while Ferrellgas Partners has reported a net loss of $59 million according to Morningstar.

And the fact that the stock trades at 38 times trailing earnings, compared to its five-year average of 43.9, only strengthens the argument that it deserves investors' attention.

A familiar name on both sides of the pond

An international operator, National Grid provides the transmission and distribution of electricity and gas to millions of customers in the United States and the United Kingdom. Although the stock hasn't seen a dip in its trading volume, the price has plummeted 24% over the past three years.

National Grid may be of particular interest to investors focused on renewable energy. While its name may not be as familiar as those of solar-panel manufacturers, geothermal operators, or fuel-cell-oriented companies, the company is playing a key role in transforming the domestic energy landscape. 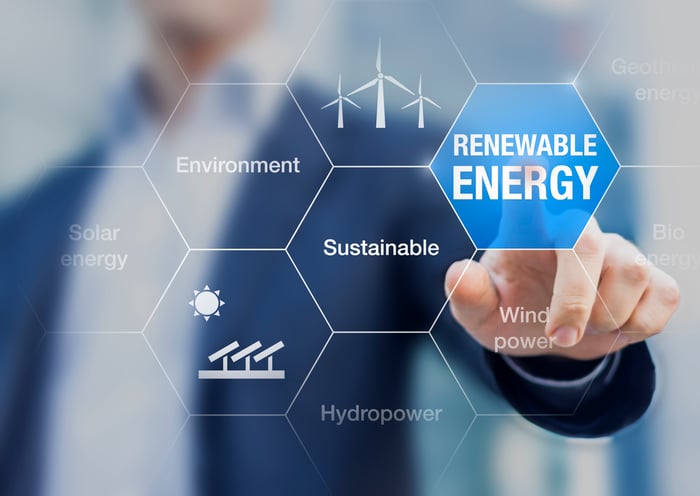 In 2016, for example, National Grid played a major role in bringing the nation's first offshore wind project to fruition, and now delivers electricity generated by the Block Island Wind Farm to the grid in Rhode Island. More recently, this past December, National Grid announced it had received a grant to help fund the development of an energy storage project with Vionx Energy, Worcester Polytechnic Institute, and Energy Initiatives Group, LLC.

The stock's 4.95% yield may get the attention of investors, and the conservative average annual payout ratio of 69% should reassure them that management is not willing to sacrifice the company's financial health in order to please shareholders. The stock's price is yet another reason to be charged up: Currently, shares trade at 5.8 times operational cash flow -- below the three-year average of 7 times cash from operations, according to Morningstar.

Bitcoin and Ethereum may be stealing many of the headlines, but there are compelling opportunities to be found in other corners of the market. Whether it's the increasing profitability and growth prospects of ONEOK, the high margins and attractive valuation of AmeriGas Partners, or the attentiveness to financial well-being and bargain price tag of National Grid, all three utility-sector leaders offer reasons for investors to take a closer look.