2017 was a dismal year for Fitbit (NYSE:FIT), which tumbled 22% during the year. The wearables maker was bruised by cheaper fitness trackers in the low-end market and pricier smartwatches in the high-end market, and its global market share dropped from 21.9% to 13.7% between the third quarters of 2016 and 2017, according to IDC. 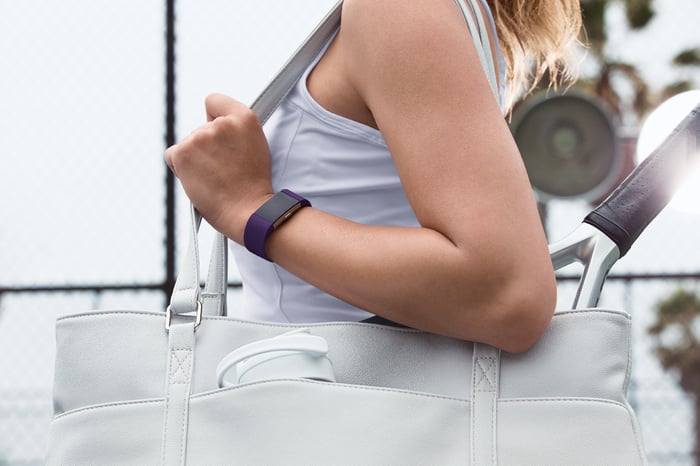 That's why many bulls fled Fitbit a long time ago, and 17% of the stock's float was being shorted as of Dec. 27. However, some investors might still be wondering if Fitbit can mount a comeback this year.

If Fitbit can hit those targets, then the stock looks undervalued today, with a price-to-sales ratio of 0.9 and an enterprise-value-to-revenue ratio of 0.5. For comparison, its industry peer Garmin (NYSE:GRMN) has a P/S ratio of 3.7 and an EV/R ratio of 3.2.

Fitbit's turnaround hopes rely heavily on the Ionic, its first full-featured smartwatch and successor to the Blaze and Surge devices. The water-resistant watch features a built-in GPS, the SmartTrack feature which automatically recognizes activities, an NFC chip for payments, interchangeable bands, and dedicated apps.

The Ionic's apps form the bedrock of a fledgling app store ecosystem that aims to counter Apple's (NASDAQ:AAPL) watchOS apps, Alphabet's Android Wear apps, and Garmin's Connect IQ apps. If Fitbit attracts enough developers to the platform, it could evolve into a revenue stream. 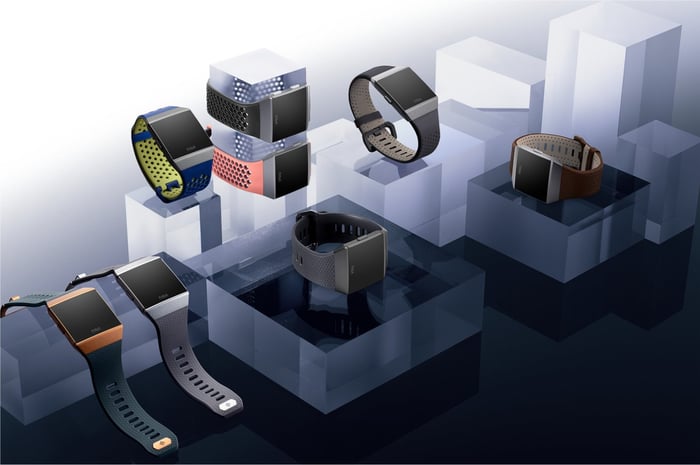 The Ionic admittedly faces tough competition from the Apple Watch 3, which has many of the same features. However, the Ionic has a longer battery life of four days, and it's slightly cheaper at $300. During last quarter's conference call, CEO James Park stated that the Ionic and the Blaze were respectively the first and second best-selling smartwatches on Amazon in the US.

However, Fitbit was also selling all of its products, including the Ionic, at discounts of up to $50 over the holidays. Therefore, investors should take any reports of "strong" sales with a grain of salt.

Fitbit acquired smartwatch pioneer Pebble's assets and the high-end smartwatch start-up Vector last year. These acquisitions should give it the ability to launch new types of smartwatches, like Pebble's basic designs or Vector's luxury ones, to reach new markets.

Fitbit also recently launched its Fitbit Flyer bluetooth headphones, and it still sells other connected health devices like its Aria 2 smart scale. By introducing other new products, Fitbit could diversify its business away from fitness trackers and smartwatches.

During last quarter's conference call, Park stated that while Fitbit Coach was "still immaterial to our financial results, premium customers grew 75% year-over-year in the third quarter, and we believe we are just getting started."

Fitbit also serves 1,300 enterprise customers, including 70 Fortune 500 companies. If Fitbit can gradually increase that number via its "corporate wellness" programs, it might offset softer consumer demand with bulk enterprise orders of its lower-end fitness trackers like the Zip or Flex 2.

So should you buy Fitbit today?

I don't think Fitbit is down for the count, but I think it faces a tough uphill battle this year. Rivals like Apple, Xiaomi, Huawei, and Garmin will keep chipping away at Fitbit's core market while expanding their ecosystems, while Fitbit will struggle to produce devices that stand out in a crowded market.

Fitbit's attempts to expand its software ecosystem are admirable, but it's tough to see Fitbit Pay challenging Apple Pay, or its fledgling app ecosystem luring developers away from watchOS. Therefore, I wouldn't short Fitbit at these prices, but I wouldn't buy it as a contrarian play either.