Shares of TransEnterix (NYSEMKT:ASXC), a small-cap company focused on robotic surgery, rose 47% in 2017, according to data from S&P Global Market Intelligence. Investors can largely attribute the huge spike to a single event.

TransEnterix's investors finally got the news they had been patiently waiting for in 2017. In mid-October, the Food and Drug Administration officially cleared the company's Senhance Surgical Robotic System for sale. Traders were so excited by the announcement that shares ended up skyrocketing more than 75% when the news hit the wire; the stock tacked on another 69% gain in the following trading session.

However, the huge gains dwindled in the months following the announcement. Shares declined by 22% in November after management hinted that another dilutive capital raise would be coming in the not-too-distant future. Shares declined by a further 18% in December, even though the company announced a deal to raise capital without needing to dilute shareholders at all.

The good news: The net result of this roller-coaster ride was that shareholders ended the year firmly in the green. 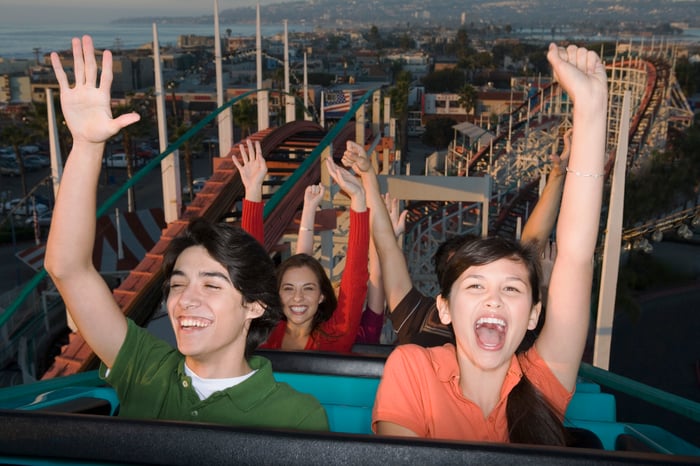 Can the company put up a repeat performance in 2018? It's possible, but everything depends on its ability to execute against its commercialization plan. Selling an expensive medical device isn't easy in the best of circumstances, let alone when you are going up against an entrenched giant like Intuitive Surgical (NASDAQ:ISRG).

However, TransEnterix likes to stress that it doesn't see Senhance as a competitor to Intuitive's da Vinci Surgical System. TransEnterix's view is that the da Vinci is an improvement to open surgery, whereas the Senhance is focused on digital laparoscopy. Management believes that both companies can coexist peacefully.

Is that view correct? It's hard to say at this point, since we are so early in the game. However, TransEnterix did manage to sell two Senhance systems in the fourth quarter of 2017 -- one in the U.S. and another abroad. That's not too shabby when you consider how small the company's sales force is. However, TransEnterix still has a long road ahead before it can take any sort of victory lap, so I'll continue to remain cautious.