Shares of Intuitive Surgical (NASDAQ:ISRG), the granddaddy of robotic surgery, surged 73% in 2017, according to data from S&P Global Market Intelligence. Better-than-expected procedure growth and an important regulatory win were the primary driving force behind the bullish move.

Here's an overview of the most important announcements from the year:

Given the string of guidance raises, well-timed stock buyback, and approval of the da Vinci X, it isn't hard to figure out why shareholders had another great year. 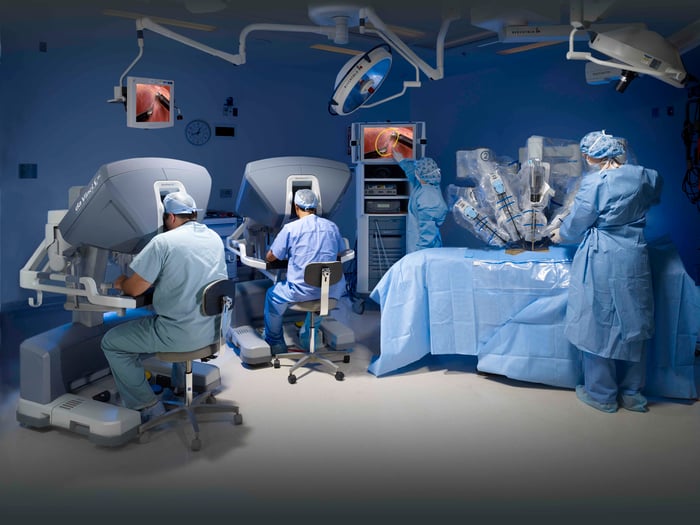 There's no doubt that Intuitive had a wonderful year and is in the best financial shape of its life, but that doesn't mean investors should be at ease. After all, a tiny robotic surgery upstart called TransEnterix (NYSEMKT:ASXC) won FDA approval for its Senhance Surgical Robotic System in late 2017. Since Senhance holds several advantages over da Vinci -- the most important of which is the ability to reuse instruments -- it isn't entirely clear how the market dynamics might change.

Still, the robotic surgery market is projected to grow so fast that it's possible that both companies will be able to coexist peacefully. That's one reason I plan to remain a happy shareholder for years to come.