Mattel, Inc. (NASDAQ:MAT) stock lost 44.2% of its value in 2017, according to data provided by S&P Global Market Intelligence. A string of disappointing earnings results, soft performance for some of the company's key brands, and unfavorable shifts in the retail environment deflated the toy maker's valuation and cast a shadow over its outlook. 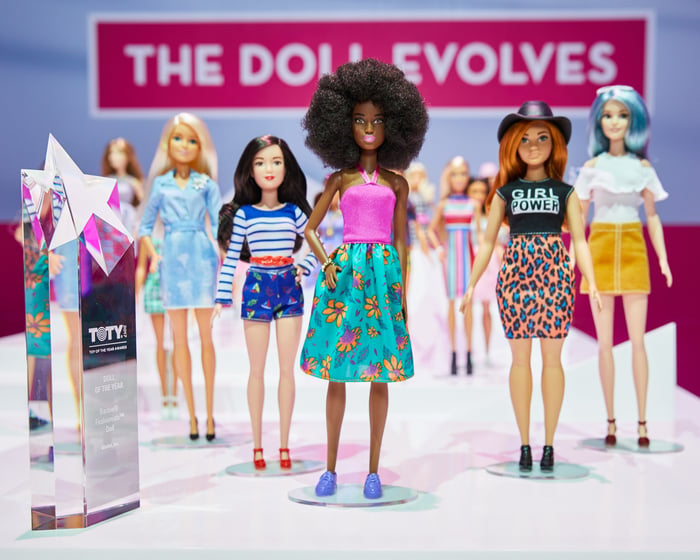 January saw the company release fourth-quarter fiscal 2016 results that fell substantially short of Wall Street's sales and earnings expectations, prompting shares to lose 17% of their value in the next day's trading. In April, the company released another grim quarterly report, with sales down 15% year over year -- prompting another double-digit sell-off. The stock's next big decline arrived in June, when the company announced at its investor day conference that it would be cutting its dividend from $0.38 per share to $0.15 per share. The company delivered second-quarter results in July with results that once again fell short of the average analyst estimates. 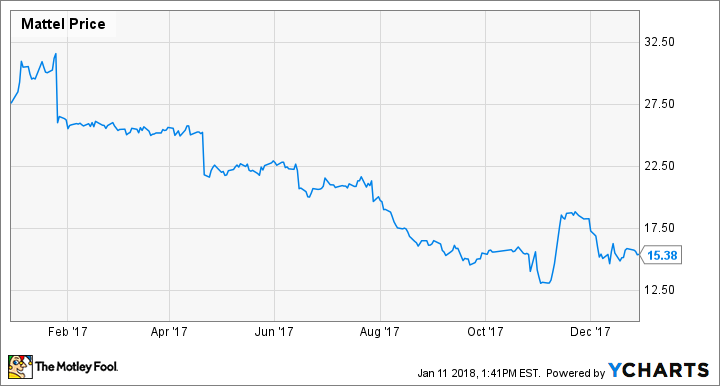 The company then reported third-quarter results in October, with sales down 13% year over year. Management also announced that it would be suspending its dividend, and the package of bad news resulted in another steep sell-off. Mattel stock then regained ground in November on news that chief rival Hasbro was considering acquiring the company.

Mattel stock is valued at just 1.1 times forward sales, but there are some big risk factors on the horizon that should give investors pause. The closing of Toys R Us stores represents an ongoing threat to Mattel, and the company is struggling to find new product lines to spur revenue growth. Sales for core brands like Barbie and American Girl are trending down, and the loss of the Disney Princess merchandise rights to Hasbro has had a significant negative impact on sales.

The company is implementing expense-cutting measures with plans for $650 million in cost savings over the next two years, which should help the earnings picture in the short term. However, with video games and other forms of digital entertainment putting pressure on Mattel's business, the company may be forced to ramp up spending beyond that window in order to keep up with consumer tastes.