Under Armour, Inc. (NYSE:UAA) stock lost 50.3% of its value in 2017, according to data provided by S&P Global Market Intelligence. A disappointing year in the North American market dragged on performance and caused the company to issue downward revisions on its growth targets, and its stock suffered due to the weakened outlook for the business. 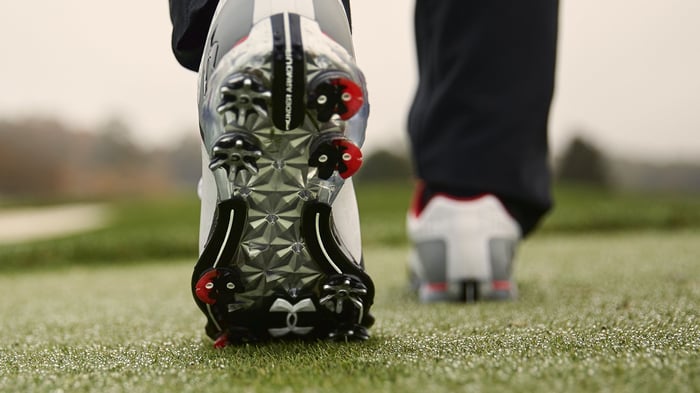 Under Armour brought in 2017 on a rough note, delivering fourth-quarter results for the 2016 fiscal year that put an end to the company's 26-quarter streak of year-over-year sales increases of at least 20%. The disappointing quarterly results arrived with sales guidance that was below Wall Street's expectations and news that the company's chief financial officer would be leaving the company. The news caused the stock to lose roughly 25% of its value in the next daily trading session. 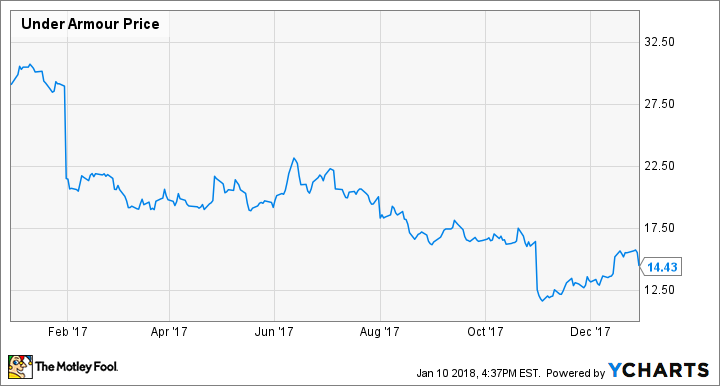 Under Armour stock continued to struggle amid target revisions, concerning news about the North American retail climate, and the resurgence of Adidas. Shares saw another big sell-off in October due to disappointing third-quarter results. North American sales for the September-ended quarter declined 12% year-over-year, intensifying concerns over the health of the business in its domestic market.

There are signs that Under Armour is losing its appeal in the North American market, with some surveys indicating that the brand is losing mind share among some of the company's most important demographics. The company's women's apparel category, once viewed as a major growth opportunity, is also under pressure and contributed to a 9% year-over year sales slide for the overall apparel segment in the September-ended quarter.

On the upside, Under Armour still has a long runway for growth in international markets. Last quarter, just 28% of sales came from outside its North American geographic segment, and an expanding middle class in markets like China presents a big opportunity for the company. Under Armour still looks pricey based on its P/E, with shares trading at roughly 63 times forward earnings estimates. On the other hand, its forward price-to-sales ratio of 1.2 could put the stock in value-play territory for investors that have confidence in the company's international growth potential.