Shares of sporting goods company Dick's Sporting Goods, Inc. (NYSE:DKS) plunged 44.8% in 2017, according to data provided by S&P Global Market Intelligence, as the company's operations fell behind where investors hoped they would be. Dick's should have benefited from the bankruptcy of Sports Authority and City Sports, but falling competition hasn't had the impact observers might have expected.

The stock's problems started in earnest in May, when fiscal first-quarter results were released. Revenue was up 9.9% in the quarter as new store openings helped operations, but same-store sales growth was just 2.4%, falling well below the 3% to 4% number management had predicted. 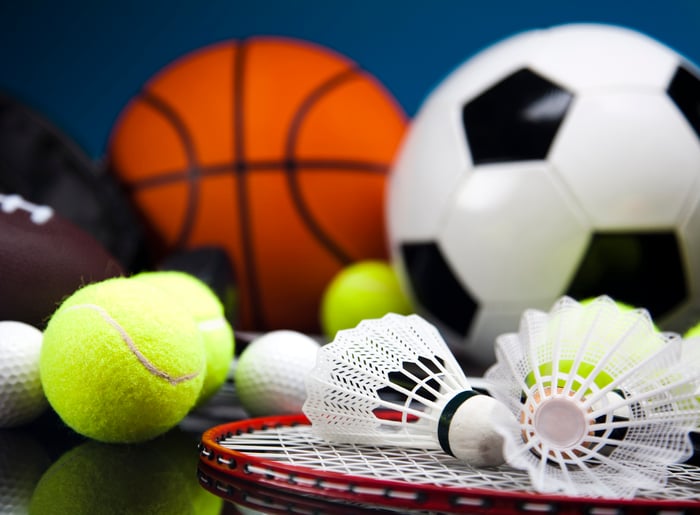 By November, when third-quarter results were released, same-store sales were down 0.9%, and earnings per share had dropped 20.5% from a year ago, to just $0.35. Digital sales picked up some of the slack, rising 10.3% in the third quarter, but online retail isn't yet core to the company's operations.

Dick's can continue expanding its store count to grow sales, but if same-store sales aren't increasing the expansion will likely come at the expense of earnings. As one indicator, analysts are expecting fiscal 2018 earnings per share to be $2.98, but 2019 earnings to be just $2.57 as same-store sales continue to suffer.

Maybe the bankruptcy of competitors was a warning sign, not a reason to be bullish on Dick's Sporting Goods. It doesn't look like the company will be picking up new customers as a result of less competition -- instead, it's going to face fierce competition from online retailers and brand companies themselves. I don't think 2018 looks any better for this sporting-goods chain, so more disappointment may be ahead for shareholders.