Shares of Ballard Power Systems (NASDAQ:BLDP), a leader in fuel-cell solutions, soared 167% in 2017, according to S&P Global Market Intelligence. Investors took kindly to news that the company planned to introduce a new product to the market; moreover, several earnings announcements spurred investors' enthusiasm.

Management made waves when it announced that the company intended to launch a new 30-watt FCgen-1040 fuel cell stack product for commercial use in late 2017. Using a non-precious-metal catalyst (NPMC), the FCgen-1040 contains a whopping 80% less platinum than a traditional air-cooled fuel cell stack. Since platinum contributes 10% to 15% of the cost of a traditional fuel-cell stack, the development of NPMC technology suggests that the company may be farther down the road to profitability -- something uncommon for fuel cell-oriented companies. 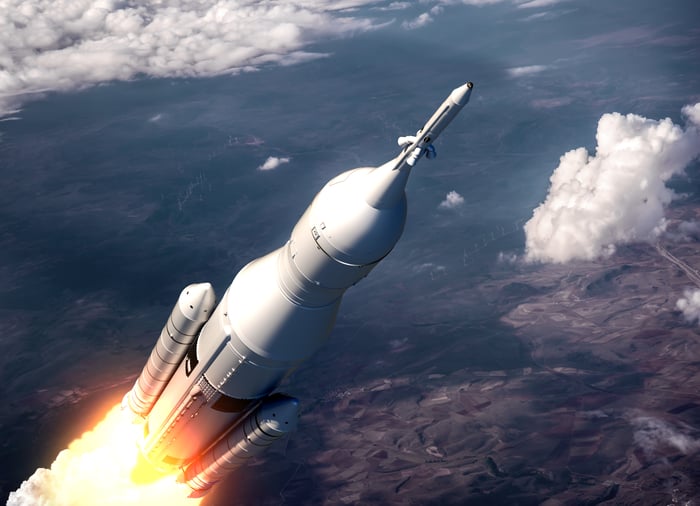 In terms of finances, the company reported strong gains -- thanks largely to growth in its automotive segment -- on both the top and bottom lines. Reporting $81 million in revenue through the first three quarters of 2017, Ballard grew sales 48% compared with the same period last year. In addition, the company made progress in its pursuit of profitability. Through the first nine months of 2017, Ballard reported $1.2 million in adjusted EBITDA -- a considerable improvement over the negative-$11.6 million in adjusted EBITDA it reported during the same period last year.

Focusing on the near future, investors found some auspicious signs. Management announced on the third-quarter earnings report that it expects to deliver $82 million in orders over the next 12 months based on confirmed commitments it has received. And in terms of additional opportunities, since the company achieved a major milestone -- which management characterized on the Q3 conference call as "an important threshold that we've been waiting [to reach] for some time" -- Ballard expects to begin receiving purchase orders from the U.S. military in 2018. Management, furthermore, recognizes a $150 million to $200 million opportunity for orders from the U.S. military over the next five years and the potential for sales to military allies.

Ballard currently represents the best option for investors seeking exposure to the fuel-cell industry. Even though the company reported several achievements last year, however, it still has a far way to go before proving that the hydrogen-based power market can be a lucrative endeavor. Consequently, Ballard's stock should only draw the consideration of the most risk-tolerant of investors.