Twitter (NYSE:TWTR) had a good 2017, and is up nearly 50% over the past 12 months. But with every passing week, the consensus on Wall Street is growing: 2018 could be even better.

This morning, analysts at Aegis Capital awarded Twitter what StreetInsider.com calls a "double upgrade" to "buy." Echoing positive sentiments heard elsewhere on Wall Street, Aegis is predicting that 2018 will mark "an inflection point" for Twitter as the company emerges into profitability. Aegis is urging investors to get ahead of the news and buy Twitter today, in hopes of seeing Twitter shares surge 18% over the next 12 months to a new high of $30 a share. 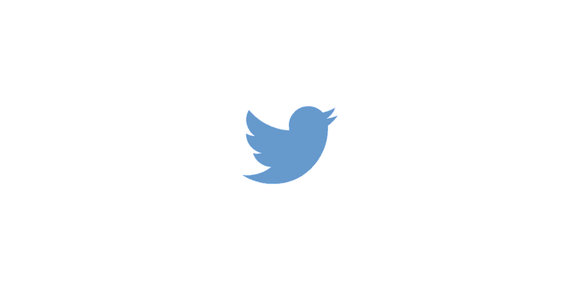 The last three quarters have seen monthly active users (MAUs) at Twitter basically flatline around 330 million, inching up less than 1% in nine months. Aegis, however, argues that 2018 will see a return to user growth at Twitter -- and indeed, "sustained double-digit growth" in daily active users (DAUs) leading to "year-over-year margin expansion" as Twitter monetizes its users with increased sales of advertising on its feed. This prediction echoes an assessment published by JPMorgan last month.

In tandem with user growth, Aegis believes Twitter will enjoy "O&O advertising" (owner and operator -- basically advertising by small businesses) growth this year, and accelerate this into "double-digit growth" in 2019.

In another echo of JPMorgan's December upgrade, Aegis further argues that improved revenue growth and stronger profit margins have the potential to move Twitter into the black, and achieve "GAAP profitability" in 2018. If correct, this means 2018 could mark the first time ever that Twitter achieves a full year of GAAP profits, giving investors more confidence that Twitter has a viable business model that can compete with Facebook (NASDAQ:FB).

Now, it's worth pointing out here that this is not the consensus view on Wall Street. According to a survey of analyst projections conducted by S&P Global Market Intelligence, most analysts still believe Twitter will end up reporting a $0.04-per-share GAAP loss this year. Still, JPMorgan agrees with Aegis (and disagrees with the rest of Wall Street), and predicts full-year profitability this year. What's more, even if both JP and Aegis are wrong about 2019, most analysts agree that in the worst case, if Twitter doesn't earn a profit this year, Twitter will earn a profit next year.

Meanwhile, both JPMorgan and Aegis got a helping hand last week that makes their predictions more likely -- and from a surprising source. On Friday, Facebook announced a big change to how its News Feed operates. Going forward, the social network will cut back on free distribution of posts from media and small business on users' Facebook News Feeds in order to make room for highlighting more posts from users' friends and family.

On the one hand, this is good news for Facebook users, which will see more of the content they prefer. On the other hand, though, it's likely to dissuade O&O advertisers from distributing content via Facebook, and incentivize them to seek out other outlets for their postings -- outlets such as Twitter.

Aegis predicts that Facebook's emphasis on "user generated content in the News Feed over public content from businesses, brands, and media could make Twitter a more valuable media resource for video and news content." On the one hand, this promises to boost Twitter's business (perhaps at the expense of Facebook's). On the other hand -- and especially in combination with an income statement which could soon be in the black -- it also makes Twitter a more attractive acquisition target.

For both these reasons, Aegis believes that now is the time to buy Twitter stock.

Is Aegis right about that? I have to admit that the analyst's arguments make a lot of sense. That being said, at a market capitalization of $18.6 billion, and trailing free cash flow (FCF) of $664 million, Twitter stock currently sells for a pricey 28 times FCF. There's also the lingering detail of Twitter's continued non-profitability from a GAAP perspective -- despite all the predictions to the contrary.

If Twitter can break into the black this year, and continue growing FCF in the low-20% range, I think I could see my way to buying Twitter stock at today's prices. At the same time though, I have to say that Facebook's 5% decline in stock price last week makes Facebook shares look a lot more attractive as well. When you get right down to it, Twitter may become profitable in 2018, or it may not.