To say last year was ugly for Zoe's Kitchen (NYSE:ZOES) is an understatement. The Mediterranean restaurant chain suffered three consecutive quarters of comparable restaurant sales declines -- its first negative comps performances since its IPO -- culminating in a quarter in which hurricanes Harvey and Irma wreaked havoc on about a third of Zoe's locations, which are concentrated in the Southeast U.S. and Texas.

Not surprisingly, Zoe's stock finished 2017 down about 30% (though it has recovered fairly substantially over the last couple of months). As the company looks ahead to a new year, here's a rundown of the things investors will be watching. 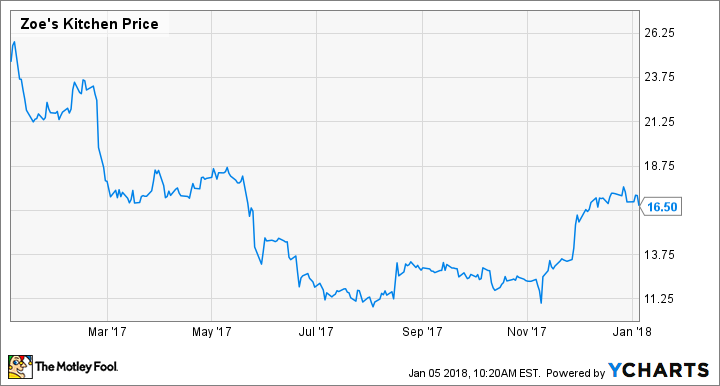 Zoe's comps woes are the result of falling customer traffic -- a problem that's been plaguing many players in the industry for the last couple of years as the number of restaurant choices continues to increase. Zoe's has been trying a variety of tactics to get more people in the door. And while none has been a silver bullet, early signs have been generally positive.

First, the company revamped its menu in the middle of last year, introducing a new line of bowls, sandwiches, and sauces that feature on-trend ingredients like lamb and cauliflower, as well as grab-and-go snack boxes. On its last conference call, the company noted that the new menu items were performing better than anticipated, with some of them among Zoe's top 10 in terms of sales.

Finally, the company ramped up its digital loyalty program, growing its member base by 20% in two months after launching its new site. As of its last conference call, the company had just begun testing various offers to different customer segments to generate more repeat traffic.

All these things appear to be helping at least somewhat. Zoe's comps decline was just 0.5% in Q3, compared to a decline of 3.8% in the prior quarter. The company maintains that excluding the effects of the hurricanes in Q3, comps would have actually turned positive again. If the company can carry that momentum into Q4, a return to positive comps will be music to investors' ears. 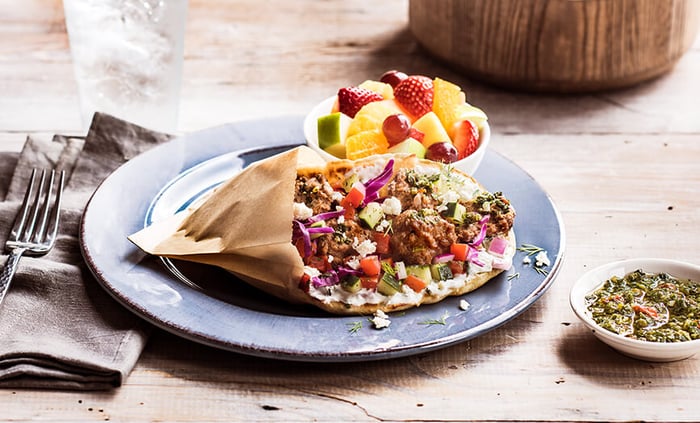 Stabilizing restaurant margins would be a bonus

Zoe's has historically posted restaurant-level profit margins -- which are the store-level profits before corporate-level costs are deducted -- of 20% and higher. But as wages keep rising, higher labor costs (another headwind for the industry at large) are hitting Zoe's, too. In Q3, Zoe's restaurant margin declined to 18.8%, and for full-year 2017, Zoe's expects a margin in the 18.3% to 18.5% range, down from 20% in 2016.

Some moderate relief may be on the way, however. With comps and margins both under pressure recently, Zoe's is pulling back a bit on its pace of new store openings in 2018. The company plans to open 25 stores this year, which means it will be expanding its store base by just 10% compared to the 20% rates of the recent past.

During their first two years of operation, new stores are generally less efficient and ring up lower sales on average than mature stores. So Zoe's plans for reduced store growth should eventually result in fewer new stores putting an extra drag on margins -- though CFO Sunil Doshi believes any benefit will be modest.

Cash flow positivity would be a milestone

The other implication of Zoe's planned slowdown in store growth lies on the cash flow side. The company had been relying on debt to fund its expansion in 2017. But with Zoe's now opening fewer stores in 2018, the company expects its capital expenditures to come down to a level that's roughly in line with its operating cash flow, which should eliminate the need for any additional debt this year. 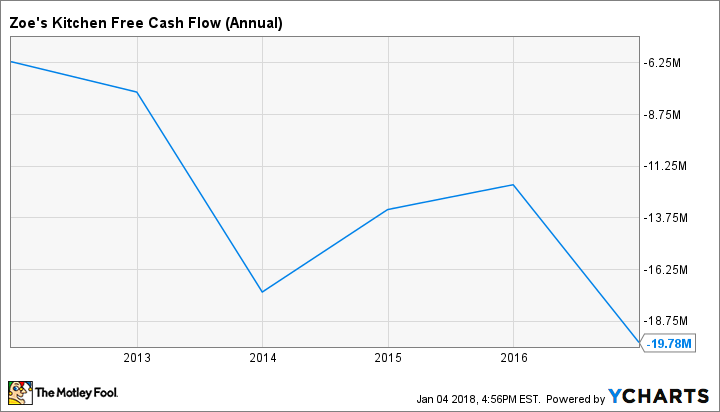 Doshi stated on the last conference call that if -- and it's a big "if" -- Zoe's can achieve low single-digit comps in 2018, the company could become free-cash-flow positive for the first time. That would mark a big inflection point, providing some measure of comfort for investors concerned about last year's nasty combination of declining comps, shrinking margins, and rising debt.